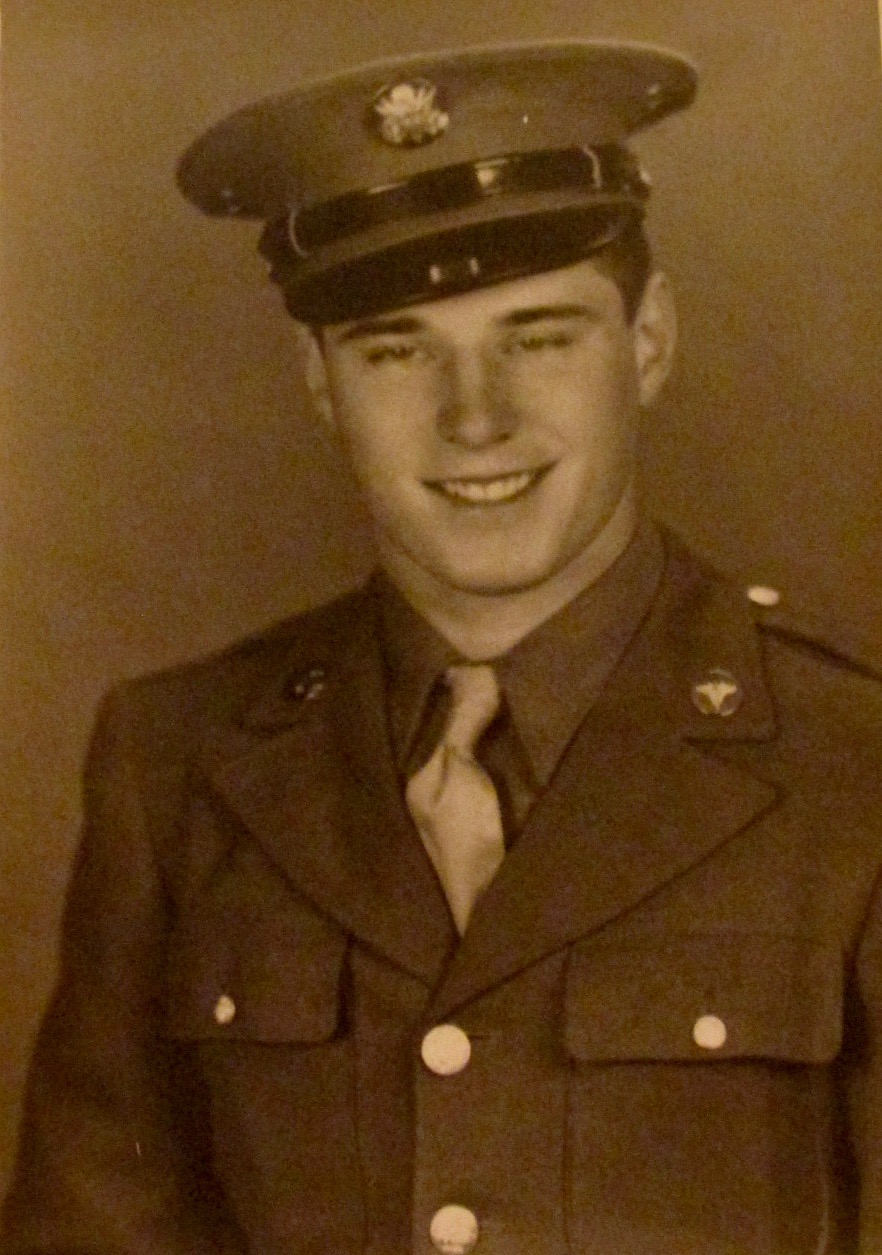 This was Bob Schrock of Port Charlotte when he graduated from boot camp in 1944. He ended up serving at Clark Field in the Philippines at the end of World War II. Photo provided

Bob Schrock missed the war in Europe and when he ended up in the Philippines the war in the Pacific Theatre of Operations was over too.

Shortly after graduating from Walnut Creek High School in Walnut Creek, Ohio at 19 he was drafted into the Army Air Corps.

“After basic training in Abeline, Texas I was shipped to Long Beach, Calif,” he recalled more than 70 years later. “We were told we were going to Europe, but we were put on a ship to the Pacific. We had no idea where we were going. We weren’t told anything.

“About the time I shipped out I remember reading a paper that an atomic bomb had been dropped on Hiroshima. I knew nothing about an atomic bomb,” Schrock recalled. “Some days later we arrived in Manila.

“Manila had been decimated by Japanese and Allied forces during war,” he recalled. “The people were desperately poor.

“I ended up at Clark Air Force Base outside Manila driving officers around in a Jeep for a year. I was one of the few enlisted men on base who had a Jeep.”

For a while before he became a Jeep driver he worked at the base hospital giving shots.

After a year in the the service in the Philippines Schrock was sent back to the States. He said he recalled coming back into San Francisco and sailing under the Golden Gate Bridge. He took a train to Fort Sheridan, Ill., outside Chicago where he was discharged in 1946.

“As far as my military service, I did what I had to do. I was really fortunate they didn’t need me in Europe because the war was over. And they called off the war in the Pacific before I arrived,” Schrock said.

“If it hadn’t been for President Harry Truman I probably wouldn’t be talking to you today. He was the one who dropped the bomb on Hiroshima and Nagasaki that ended World War II.

“The biggest thing that happened to me when I look back on things was the G.I. Bill. It was fantastic,” he recalled.

The G.I. Bill was a federal program that paid for higher education for anyone who wanted to attend college served in the Second World War. Millions of American WW II vets took advantage of the program.

“I was the last in my class in high school,” he recalled. I was a goof-off. When I got out of service I drove a bus for a while. I had this friend who kept telling me I should take advantage of the G.I. Bill. Finally I did. I enrolled in a liberal arts program at Baldwin-Wallace University in Ohio.”

He graduated with a B.A. degree and continued to get a master’s in education. For more than 40 years he was a school teacher and principal. 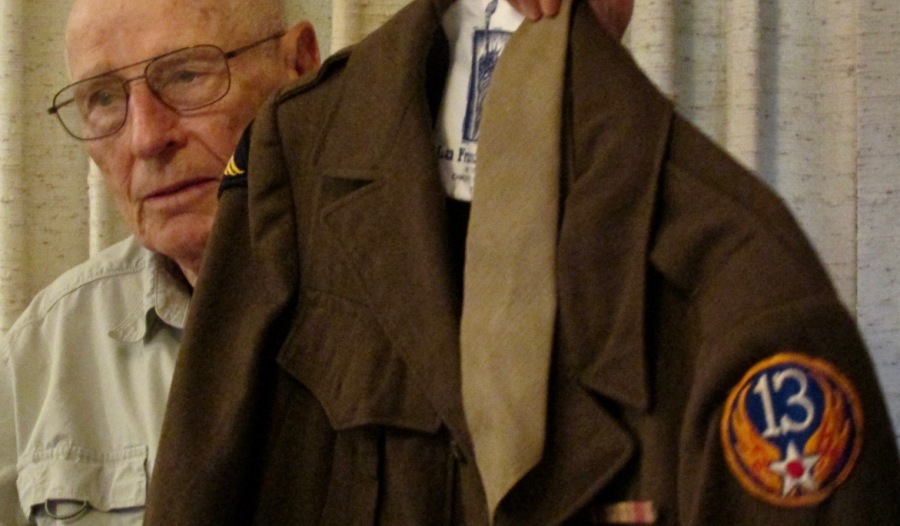 Schrock, who will be 93 in August, still has his Army Air Corps uniform from WW II with its 13th Air Force shoulder patch. Sun photo by Don Moore

“I first started teaching school at my home town of Walnut Creek. The school had 37 students,” Schrock said. “From there I transferred to Dover High School in Dover, Ohio. It had 1,200 students and I eventually became its principle.

It was during this period he served as president of the Dover City Council.

After he and his late wife, Marge, retired and moved to Port Charlotte in 1981, Schrock became involved in the Charlotte County School System. He taught school at Charlotte Voc-Tech and served as the school’s assistant principal for 13 years.

He and his wife have three children: Jim, Linda, and Steve.

This story was first published in the Charlotte Sun newspaper, Port Charlotte, Fla. on Monday, August 6, and is republished with permission.