Over 900 personal war stories are featured on this “WAR TALES” website. From President Lincoln shaking the hand of every man in a Union regiment who helped quell the draft riots in down town New York City in 1863 to Capt. Whitey Mack, skipper of the atomic attack submarine “Lapon’s,” search for the deadly new Soviet “Yankee Class” missile sub roaming the Atlantic in 1969.

These are just eight of the hundreds of war stories on this site. A search box at the top will help you find a particular story, battle or war. Type in “President Lincoln,” and Franz Baumann’s story about shaking the president’s hand during the Civil War will come up. If you type in “USS Perch” the story of the capture of the sub’s entire crew by the Japanese will show up.

Forty  years after I began writing for daily and weekly newspapers papers on Florida’s West Coast —The Tampa Tribune, Sarasota Herald Tribune, The Bradenton Herald, the Charlotte Sun and The Anna Maria Islander weekly newspaper — I was asked to write a couple of war stories. That was more than 10 years ago.

Since then I’ve written over 1,000 and counting — tales, about local men and women, who went to war. The response to these war stories that have appeared in the Charlotte Sun has been amazing. I’ve never written stories that have been more enthusiastically received by our readers than these.

In addition, I’ve published two books of war stories – War Tales and War Tales II. I took the best 25 of the first group of stories and turned them into War Tales which included more pictures than appeared in the newspaper and also some of the original stories were expanded. That first book sold out. I wrote a second edition and selected another 25 stories and supporting pictures that has nearly sold out.

What I’ve learned from all this war story writing: The best stories are told by those who fought the battles. Not by a reporter who has never been in combat, never been shot at by a foe or who has never killed an enemy in battle. I quote these old soldiers extensively and weave their tales into a coherent tapestry of life and death on the battlefield.

This format has worked well over the years. Judging from the response of those written about, they liked the articles.

After serving as executive editor of the Sun, and its affiliated newspaper group for almost a decade, writing war stories involving local people who gave their all for this country in its time of crisis is a labor of love. I have the best job in the paper.

It’s important these stories reach a wider audience because of their historical significance. If the war stories are put on the internet the audience will be considerably larger than the Sun’s 50,000 subscribers. I will begin working to get all 1,000-plus war stories on the web starting today.

The veterans in these stories live primarily in three counties on Florida’s west coast: Charlotte, De Soto, and Sarasota. They include the communities of Punta Gorda, Port Charlotte, Englewood, El Jobean, Rotonda, Placida, Arcadia, North Port, and Venice. On occasion we’ll cover a story in Ft Myers or Sarasota.

The folks written about are the soul of America. Throughout all of this country’s wars these men and women have made this nation great.

Editor’s note: The birth dates listed at the end of each story for the person interviewed was based on when the story was originally printed in the Sun. Eventually the date the story first ran in the paper will be added to the bottom of each story.

Without them it wouldn’t have happened

Mary Auenson, has been my strong right hand, in the production of this web site. Without her assistance none of these war stories would be up on the War Tales web site on a regular basis.

She is the one who corrects my spelling transgressions, and figures out the mechanics of getting the stories on the page and the placement and size of the picture that go with each story. Mary makes it happen.

The site was created by Brendan Moore, my nephew, who is a computer whiz-kid with a master’s degree in computer engineering. It was his suggestion we keep the site simple and open it free to the public. 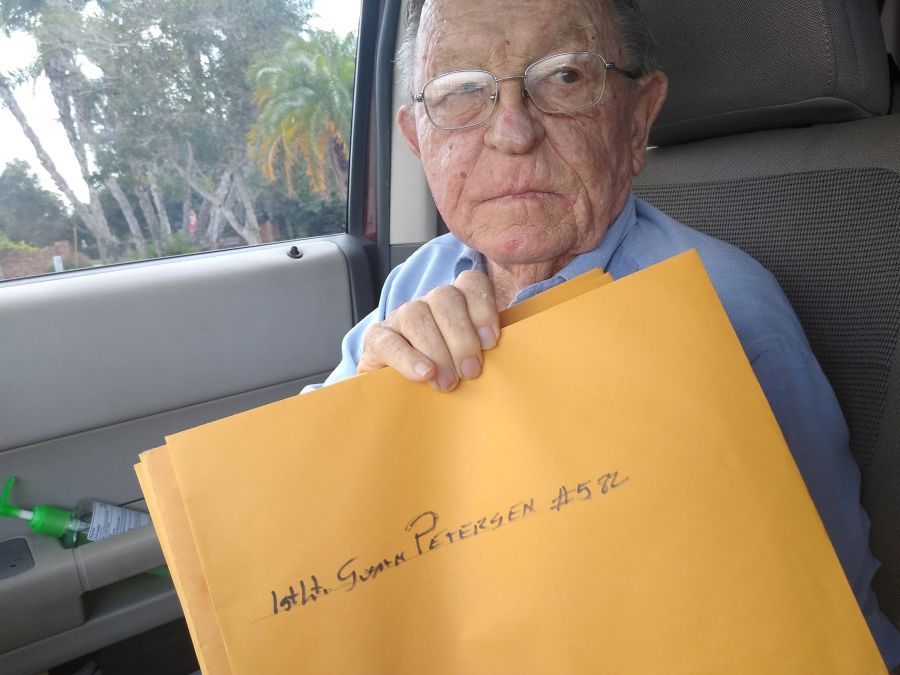