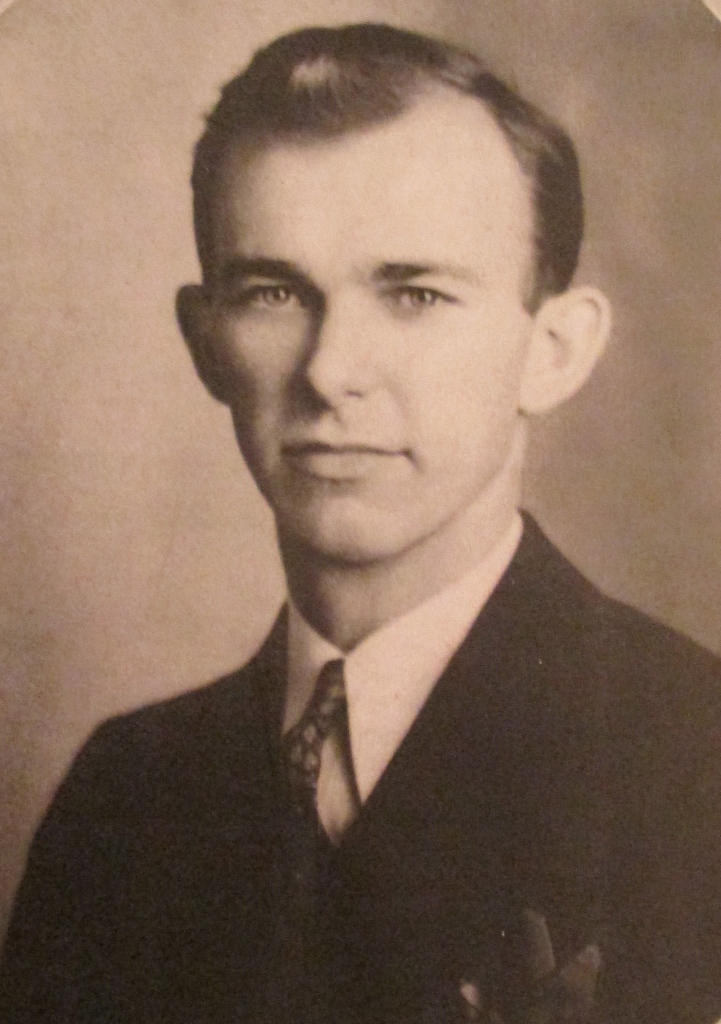 By the time World War II ended, Oscar Hettema of Port Charlotte, Fla. had seen a lot of this world as a chief warrant officer in the Navy Seabees.

He first saw combat in June 1942 at Guadalcanal, the first time the Japanese were defeated by American forces. He ended his service at Okinawa, the largest battle in the Pacific during World War II.

“I crossed the Pacific twice on aircraft carriers, made two trips on destroyers in combat zones, two trips on attack transports and made three landings in Higgins boats,” the 95-year-old former Seabee recalled.

“I went through three combat zones, dozens and dozens of Japanese air raids and never got a scratch. It was remarkable.”

Hettema was born in New Jersey, but his family moved to Orlando in 1935. Trained as a construction engineer, he was working for a firm that was building Drew Field in Tampa as a training base for dive bombers when the Japanese attacked Pearl Harbor.

Because of his construction background, he decided to join the Seabees and was immediately made a petty officer first class. After boot camp in Norfolk, Va., Hettema and his unit were sent to Pearl Harbor.

“We arrived at Pearl before they had a chance to clean up the debris from the Japanese bombing. It was a sad sight,” he wrote years later. “Battleships half to three-quarters sunk, mangled equipment and buildings. Most of the planes at Hickam Army Air Field, near the harbor, were totally destroyed.

“They had to bury the dead, thousands, in a mass grave laid side-by-side in a number of long rows with no coffins. The grave site is now a national monument site.

“The thing that surprised me most was the Japanese failed to bomb or didn’t have time to destroy five large 55,000-gallon fuel tanks or the adjoining submarine base,” he wrote.

From Pearl Harbor, Hettema’s Seabee unit was sent to Guadalcanal to build a base for four-engine bombers.

“Some 60 Seabees and 50 Marines went ashore as an advanced party to determine if the ground was adequate to build a runway for heavy bombers,” he said. “We went ashore in Higgins boats in rough seas and as we landed we were spotted by the Japanese and bombed.”

They dodged enemy bombs and after 10 days ashore, they completed their mission. What the Seabees determined was that the soil would support a runway that could be built out of coral.

“When the tide was low we blasted the coral rock out and used it to make an 8,500-foot runway for B-24 bombers,” he said. “When you roll and scrape coral, it’s just as hard as concrete.”

Hettema’s next assignment was Makin Island in the Gilbert Island chain near Tarawa.

“The fighting had been so heavy in the area that the Army Air Corps hadn’t been able to complete the heavy bomber base. The Seabees were brought in to build four large fuel tanks for the bombers,” he said. “I was in charge of the group of men who were building the tanks that held 55,000 gallons of gasoline each. We also built a float line out to deep water so ships could unload their supply of gasoline into these tanks.”

With time on their hands at Makin, the base commander put the Seabees to work repairing airplanes. They worked on the metal bodies of the twin-engine B-25 attack bombers.

“One bomber pilot attacked a Japanese supply ship. He was so low when it exploded an 8-foot piece of the ship’s flagstaff with the flag still on it went right through the tail,” Hettema said. “How the guy got the bomber back to base I don ‘t know. We took the tail off another B-25 and used it to replace his.”

Hettema and his Seabee unit returned to Pearl Harbor aboard an aircraft carrier for reassignment. They received a 30-day leave and got to return to the states. The scuttlebutt was that since they had more than two years of service in a combat zone they would be given a cushy assignment stateside. It didn’t happen.

“We ended up in Okinawa with the kamikazes that were something else,” he said. “Our ship anchored in Buckner Bay at Okinawa about 30 days after the Marines first landed on the island. All of a sudden the general alarm went off signaling that a Japanese attack was imminent.”

The Navy had positioned small boats around the harbor that produced clouds of smoke to camouflage the fleet from enemy planes.

“The kamikazes were circling over head, you could hear them,” he said. “They were waiting for an opening in the smoke. When they got it, they would dive through the hole and hit the first ship they saw in front of them.” 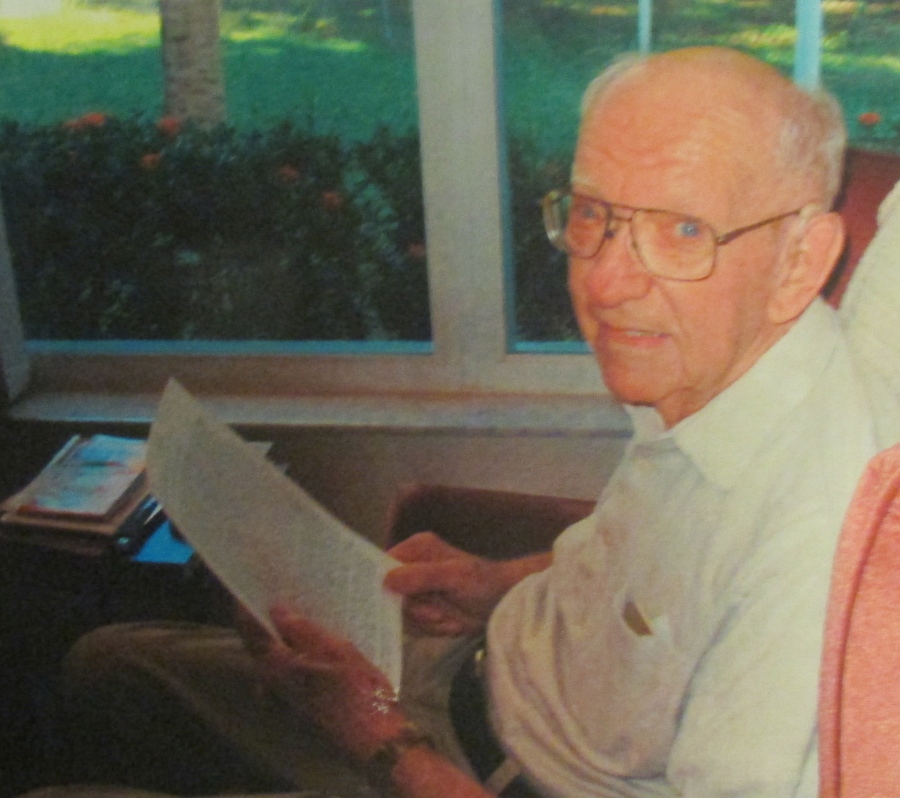 Oscar Hettema of Port Charlotte, Fla. holds a copy of a story he wrote about his career in the Seabees in the Pacific during World War II. He saw action at Guadalcanal, Makin, Okinawa and a number of places in between. Sun photo by Don Moore

At Okinawa, Hettema and his unit were in charge of unloading supply ships and getting the goods ashore. Once they were on dry land, the threat from kamikazes was pretty much over.

It was on Aug. 8, 1945, when the Seabees, the Marines and the Navy got word that an extraordinary event had taken place two days earlier.

“We were told that an atomic bomb had been dropped on Hiroshima, Japan. They made all kinds of announcements over the loud speaker about the bomb,” he said. “Everybody went wild and started shooting and everything.”

Because of the years Hettema had served in combat overseas, he was given a high priority to return home. He took a carrier back to the United States and sailed around a typhoon on the way home. They arrived in San Diego at the naval base late in August and received orders to travel to the Jacksonville Naval Air Station where he mustered out of the service.

“I spent three years and three months in the Seabees and all but five months was overseas,” the old Seabee said. “When I think back on the hazardous situations we were in at times I know the Lord was with me through it all. He allowed me to come home without a scratch.”

This story was first published in the Charlotte Sun newspaper, Port Charlotte, Fla. on Monday, Oct. 16, 2006 and is republished with permission.