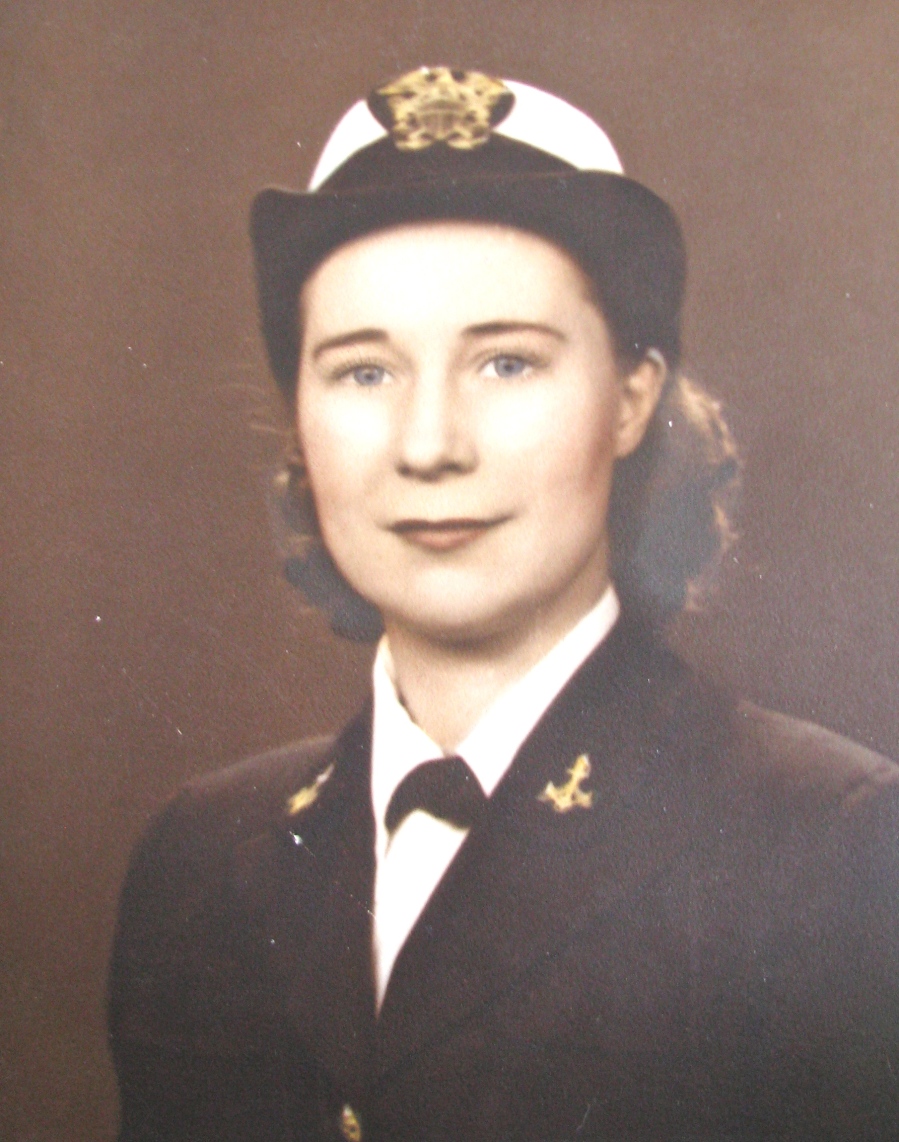 Helen Salins of Polynesian Village in north Englewood is pictured as a 25-year old WAVE when she first entered the Navy in 1941. She served during all of World War II. Photo provided

Helen Salins of Polynesian Village in north Englewood, Fla. is pictured as a 25-year old WAVE when she first entered the Navy in 1941. She served during all of World War II. Photo provided

Helen Salins of Polynesian Village in north Englewood, Fla.  joined the WAVES during World War II. She was 25 and already a talented artist and a graduate of Northwestern University with a degree in English.

“I got in the WAVES (Women Accepted for Volunteer Emergency Service) because I had two dear friends who were killed at the start of the war. One was shot down over enemy territory in his plane and the other committed suicide on the way to being drafted.

“I think I was one of the first 1,600 WAVES to sign up. I started out as an ensign and four years later, when I was discharged from the Navy, I was a lieutenant senior grade,” she said.

“My entire four years I did typing, bookkeeping and personnel work at various posts around the country.

“My most exciting adventure of the war was during a hurricane that hit Savannah, Ga. I had never been in a storm like that before,” Salins said. “The storm was wonderful and so exciting. It bent the palms in Savannah in half.

“I was the duty officer during the storm and couldn’t leave my post. It was my job to get the troops off the street and protected. I wasn’t afraid — it didn’t occur to me at the time.”

After she finished her time on duty, the young WAVE headed back to her room at the Gen. Oglethorpe Hotel in Savannah.

“The water in the lobby of the hotel was ankle-deep. The hotel staff placed brick piers linked together by wooden planks across the lobby so we could stay out of the stormwater in the building,” Salins explained. “Then the hotel’s staff invited everyone to come in and have a meal for a dollar. They came in from all over. 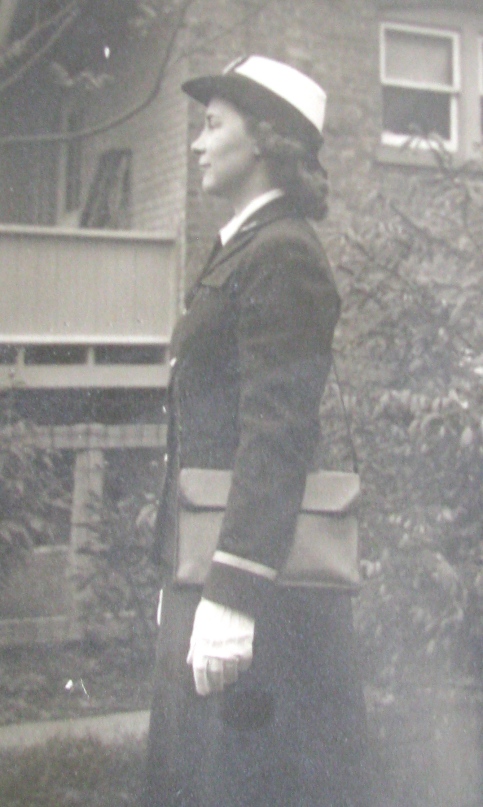 Salins is pictured in her WAVE uniform walking down the street in Washington, D.C. Photo provided by Helen Salins

Eventually Salins moved out of the hotel.

“I rented a house on the beach. The beach was wonderful,” she said. “Coming from Chicago, I wasn’t used to the beautiful weather and the wonderful beach they had.”

Savannah was a far cry from her first duty station of Cleveland, Ohio. But Cleveland had some advantages, too. Salins spent much of her off time visiting art museums and art shows around town.

“I always wanted to be an artist from the time I was very small, but my mother told me, ‘You must be able to earn a living so you must get a real job,’” she said.

That’s why she got an English degree at Northwestern and ended up teaching school for a couple of years. But art was always her first love.

After a few months in Cleveland, Salins requested a transfer to California. They sent her to Savannah. The last year or so of the Second World War, she was transferred to Washington, D.C.

“I worked in the Navy’s coding department in D.C. for a while. It was mostly typewriter work,” she said.

About the only thing she remembers about her job was that she got her hands dirty because of the ink the Navy used in its decoding work. She had no idea what they were decoding or why.

Come V-J (Victory over Japan) Day, Aug. 15, 1945, and the end of the war, Salins was given a choice of reupping, staying in the Navy and being transferred to the personnel department or getting out and going home. She chose the latter.

She had served four long years in the service and was looking for something different to do. Salins found it when she met her future husband, Harold.

“I met a hometown boy who had served in the Army in World War II. We got married in 1947,” she said.

Years later the couple opened a women’s clothing store in a Chicago suburb. They decided to retire and move to the Englewood area in 1981. Six years later, Harold died.

They have two daughters, Lois and Barbara. On April 18, 2014, Helen Salins will celebrate her 100th birthday.

This story was first published in the Charlotte Sun newspaper, Port Charlotte, Fla. on Monday, Sept. 16, 2013 and is republished with permission.