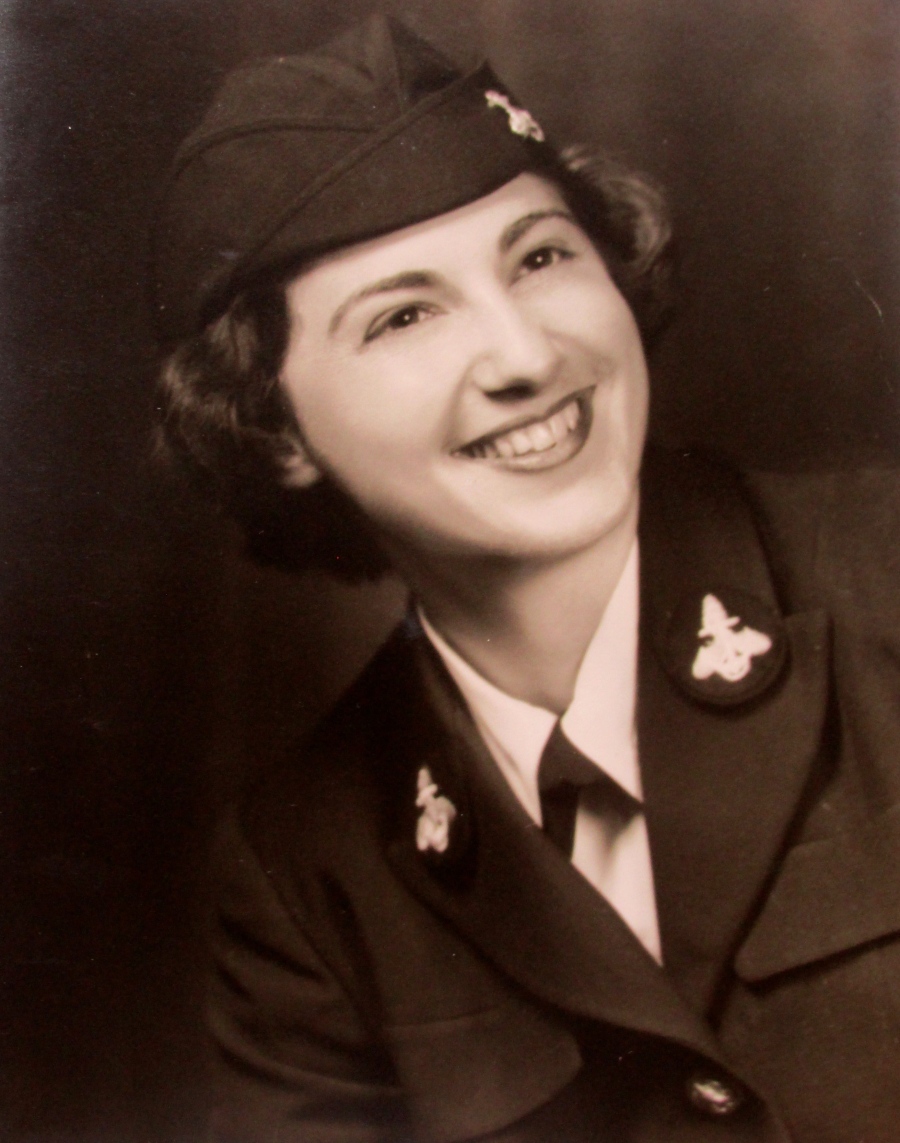 Sylvia Scaruffi of Port Charlotte had just graduated from Great Lakes Naval Training Center outside Chicago in 1951 when this formal picture was taken. She had just turned 21. Photo provided

Sylvia Scaruffi of Port Charlotte, Fla. joined the Navy shortly before her 21st birthday near the start of the Korean War in 1951. She was following in the footsteps of her older brothers shortly before the attack on Pearl Harbor that launched the U.S. into World War II.

After boot camp at Great Lakes Naval Training Center outside Chicago she went to work as a secretary at the training base for a short while. From there Scaruffi was sent to the headquarters for the Atlantic Fleet in Norfolk, Va. She became an expert at operating IBM’s new punchcard machine. These machines were the forerunners of today’s more complicated computer systems.

“We kept all the records for the Atlantic Fleet on these machines,” the 86-year-old former sailor explained. “Then I became a teacher on this equipment. I taught new recruits how to run the IBM punchcard machines.

“After the Navy reduced the recruitment age to 18 for girls to join the Navy I was teaching girls right out of high school, with no work experience, how to run these machines. Many of them had never held a job before and some of them weren’t too interested in doing their job.”

Scaruffi moved on to a new base at Pax River, Maryland where she handled personnel work at the base office. What she recalls most vividly there was the aviation accident involving a four-engine Lockheed Constellation airliner that crashed on base killing all seven crewmen aboard.

“Our office was right above the hanger where the plane that went down was kept,” she recalled more than half a century later. “It was really bad.

Scaruffi wears her official Korean War cap given to her by long time friend the late Clyde Pryer of Port Charlotte. Sun photo by Don Moore

“They brought back pieces of the damaged airliner and stored them in the hangar below where we worked.”

Scaruffi’s final assignment in her three year Naval career was at Quonset Point, R.I. where she again worked with IBM punchcard equipment until she was discharged.

Immediately after being discharged she went to work at IBM’s World Headquarters in New York city. Eighteen months later she married her husband, Leo, and moved to Chicago. He was in the Army and served as part of the occupation forces in Europe during the Korean War.

The couple discovered Punta Gorda in the 1970s. They moved here in 1984 after Leo retired as vice-president of a Chicago lumber company.

This story was first published in the Charlotte Sun newspaper, Port Charlotte, Fla. on Monday, July 31, 2017 and is republished with permission.