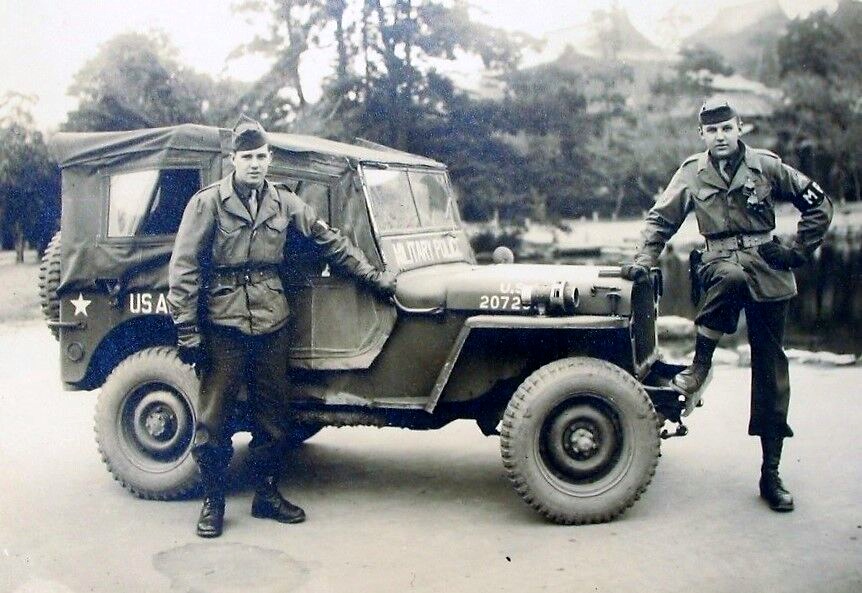 Sgt. Richard Mikutis (right) and a fellow MP are pictured with their Jeep just before going out to patrol the streets of Kyoto, Japan in 1945 as part of the occupation forces immediately after World War II. Photo provided

Richard Mikutis of Port Charlotte was a teenaged military policeman who served with the U.S. 800th MP Battalion in Kyoto, Japan as part of our occupation troops immediately after the Second World War. It was an experience he never forgot.

He was drafted into the Army on March 15, 1945, about five months before the Japanese surrendered following the dropping of two atomic bombs by American B-29 “Super Fortress” bombers on Hiroshima and Nagasaki that ended World War II.

While still in boot camp at Camp Fannin near Tyler, Tex. he received word his older bother, Stanley, was missing while serving with U.S. forces in Germany. He never returned home and his remains were never found.

A couple of months after the end of the war Mikutis and his unit went aboard the troop transport USS Oregon on Oct. 31, 1945 and sailed for Japan. During the 3,500 mile voyage those aboard ship ran into to rough weather off the Alaskan coast.

Their destination: Hiroshima. Mikutis and the others aboard ship weren’t allowed to disembark. They never got to see first hand what America’s military might could do when an atomic bomb was used to devastate an enemy’s city.

Three days later they sailed for Yokohama. The first few days in Japan he and his buddies lived in a bombed out Mitsubishi airplane factory. It was here Mikutis was assigned to the 800th MP Battalion stationed in Kyoto.

Their job was to keep the peace among the two-million inhabitants of one of Japan’s major cities. It was an easy task for the MPs. Civilians were peaceful and resigned to the fact by then they had lost the war.

“Kyoto was like a sacred city, it hadn’t been bombed during the war,” he recalled. “It was also a cultural city with universities and religious groups.”

Their job was to patrol the neighborhood in a Jeep. Two-by-two the MPs traveled the streets of the city searching for problems they mostly never found.

“One of our major tasks while on patrol was to discourage our soldiers from visiting local brothels,” Mikutis said. “It was a lost cause.”

To hammer the problem home to American forces serving in Japan, he and his fellow MP who rode with him were assigned a couple of Japanese laborers and a bucket of red paint. Their job was drive around the 20-square-block area they patrolled and paint “VD” on the side of every house of prostitution.

Another incident that stuck in Mikutis’ mind 70 years later was his part in the transfer of millions of dollars of American paper money from the mint in Yokohama to a bank in Kyoto.

“The money was sent by train. A dozen MPs were assigned to protect the money,” he recalled. “The cash was transferred in wooden boxes. The 80-pound boxes of money covered the floor of one train car.”

He and the other MPs only carried .45 caliber pistols strapped on their hips for protection. That was more than enough fire power to persuade the docile Japanese civilians not to attack. They got the money to Kyoto without incident.

“At one point we saw the Japanese soldiers coming back from the war in Manchuria that began in 1932 for them,” Mikutis said. “A whole big train load of soldiers got off at the station in Yokahoma. They threw their rifles in a huge pile as they left the train. Their war was finally over.” 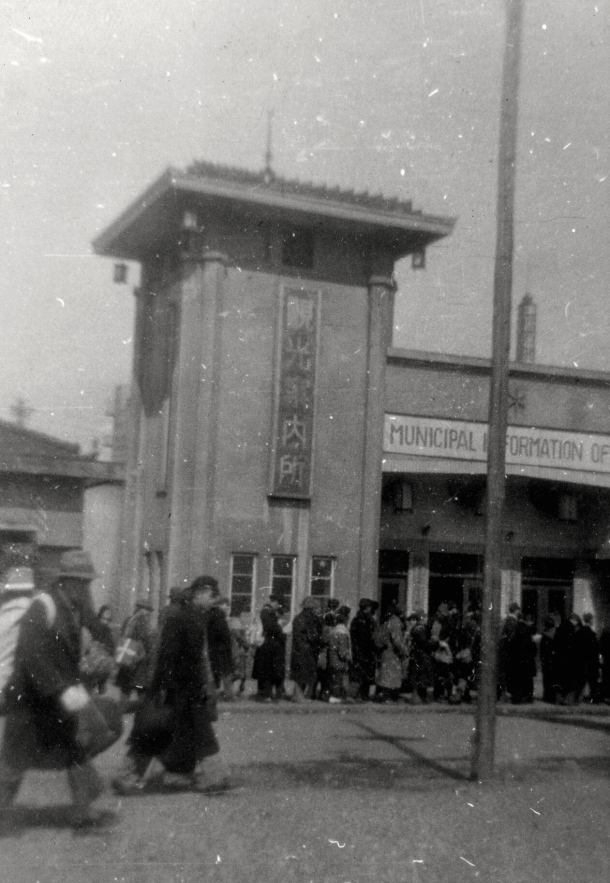 This is Kyoto a city of culture and grace. It was the home of several universities and was one of the few large cities in Japan that weren’t bombed by Allied forces during the Second World War. Photo provided.

During the year he spent in Japan as part of the occupation forces he never heard of an incident involving a civilian and an American soldier. Our troops never had any problems with the people while serving in Japan.

By the time he sailed home to the U.S.A. he had reached the rank of first sergeant when he was discharged in December 1946.

After returning to his Grand Rapids, Mich. home Mikutis completed his education as a tool and die maker. Then he took the G.I. Bill, attended the University of Michigan and graduated with an engineering degree. He spent the next 26 years working for Ford in the company’s truck division. They manufactured the F-150, F-250 and F-350 trucks. He retired when he was 55, that was 45 years ago.

He and his wife, Jeanie, moved to west coast Florida twenty years ago. They have three children: Michael, Mary Anne and Paul.

This story was first published in the Charlotte Sun newspaper, Port Charlotte, Fla. on Monday, Jan. 23, 2017 and is republished with permission.