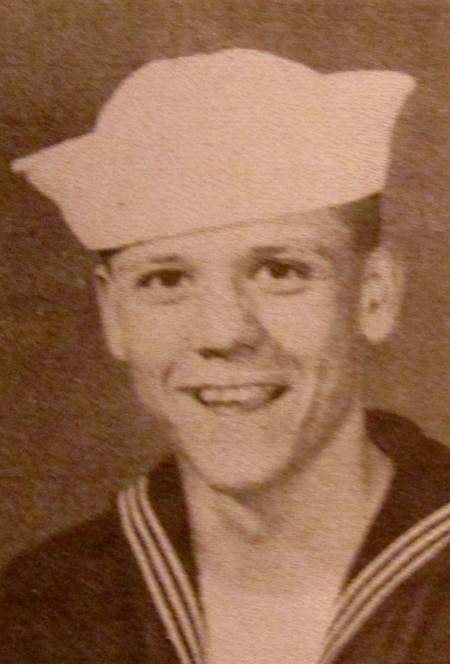 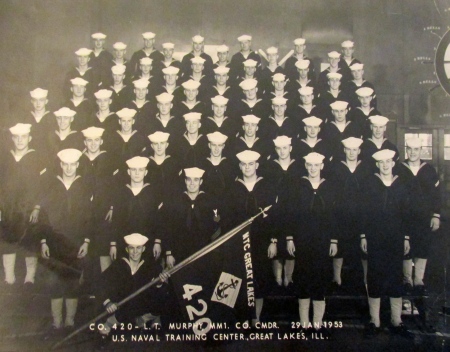 Airman Robert Gaydosh was just getting out of boot camp at Great Lakes in 1952. He was 17 when this picture was taken. Photo providedRobert Gaydosh who served aboard the Bennington when she blew up in '54 said the carrier was jinxed. He served during one of her explosive episodes. Over the decades scores of sailors were injured aboard the ill-fated carrier.

Robert Gaydosh of Lakewood Village, east of Punta Gorda, Fla. was an airman on the flight deck of the carrier USS Bennington (CVA-20) on May 26, 1954 when it blew up in the Atlantic off the east coast of the U.S. killing 93 sailors and injuring 113 more.

“It was a jinxed ship,” the old salt said. “This wasn’t the first time it blew up and killed sailors. Twice before I went aboard ship there were other incidents where sailors died.”

More than 50 years after the explosion Gaydosh was involved in aboard the Bennington he still suffers from PTSD (Post Traumatic Stress Disorder). He pulled his shipmates from death and destruction below deck and it changed him.

“The morning the ship blew up we were qualifying a squadron on landing and takeoffs. They had to get this down before we shipped overseas,” he said. “My job that morning on the flight deck when they were shooting planes off was to remove their wing tanks with a forklift.

“After the first explosion that involved the catapult in the bow of the ship there were two more explosions within the next couple of minutes. The captain called general quarters. Then he asked for volunteers to go below deck and rescue the living and dead.

“Some guys had air packs and some guys didn’t when they went below,” Gaydosh recalled. “I had no air pack. I just went down the ladder into the smoke and darkness. After we got down below we turned toward the forward part of the ship. After the first explosion the fire died out. There was water all over the deck that was covered with live ammunition we were stepping on in the dark. We were real lucky the carrier didn’t explode and disintegrate,” Gaydosh said.

“We really didn’t know what was going to happen. We did what we were trained to do in a situation like this. We put our lives on the line to go down below and rescue people. I’m one of the lucky ones who was aboard the carrier.”

Although Gaydosh was hesitant to talk about it, the Bennington was carrying atomic ordinance at the time of the explosions.

What about the smoke and your breathing he was asked?

“It’s something you don’t even think about when you’re down below trying to save lives,” he explained.

“When we reached the squadron ready room in the dark, we found the men in there were all dead. It was a terrible sight. They were all burned to death.

“I pulled a fellow out, still alive, that I had gone to high school with. He was a Marine who had just come aboard the Bennington. I didn’t know he was on the ship,” he said. “We got him out in a stretcher. He was badly burned. They flew him off the carrier in a helicopter to a hospital at Quonset Point, R.I.

“His name was Rane Soucy. He got a medical discharge out of the Navy. At that time he came to me and said: ‘Bob, I heard you pulled me out of the Bennington?’ I told him I was one of the ones who rescued him. I also told him, when we got topside with his stretcher I looked down and saw him. I almost passed out right there.”

“It’s hard for me to talk about this. I’m being treated for PTSD because I took part in this rescue years ago aboard the Bennington,” he said. He removed his glasses and wiped a tear from his eye.

How many sailors did you rescue that day, Gaydosh was asked.

“I don’t know,” he replied. “I know I worked two or three hours rescuing people.”

Almost immediately the carrier’s sickbay was filled with injured sailors. Most of the other dead, dying and injured seamen were housed in the hangar deck where they were triaged. The worst cases were flown out by helicopter to a base hospital a few miles away at Quonset Point.

“When we brought the carrier into Quonset Point to take off the remainder of the dead and wounded she was making 30 knots up the Narraganset River. Normally the ship would go no faster than five knots while in the river,” Galosh said. When we reached our destination the tugs were waiting to push us into the pier for docking.”

After the tragedy was taken care of it was determined 93 members of the crew died in the explosions or aftermath. Another 113 were injured. Gaydosh survived without a scratch. It’s the memories of that awful day that are causing him problems decades later.

An investigation determined the three explosions aboard the Bennington that morning were caused by leaking hydraulic fluid from the ship’s catapult. Almost immediately after the disaster aboard the carrier the Navy converted all of its carrier catapults to steam drive that made them safer.

“Every member of the crew who wasn’t injured stayed on the ship. We took her back to the Brooklyn Navy Yard where she was built for repairs,” he said. “After that I was sent to Norfolk where I picked up the carrier Lake Champlain.

“We took a nine-month Mediterranean cruise stopping in 13 different countries. When the cruise was over my four-year enlistment was just about up. I was discharged from the Navy on Jan. 13, 1956.”

Gaydosh got a job working for Pratt & Whitney that made airplane engines for the military. He worked there a short while and then took another job with a small outfit in his home town of Bristol, Conn. as a tool and die man. He worked on contracts for the Air Force. For the last 15 years of his career he was employed by Johnson and Johnson the pharmasuitical manufacturer.

He and his wife, Frances, moved to this area 20 years ago. They have three daughters: Roberta, Jacquelyn and Saundra. The Gaydoshs’ have been married 59 years. 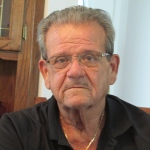 This story was first published in the Charlotte Sun newspaper, Port Charlotte, Fla. on Monday, Aug. 1, 2016 and is republished with permission.

Click here to view Gaydosh’s collection in alphabetical order in the Library of Congress.