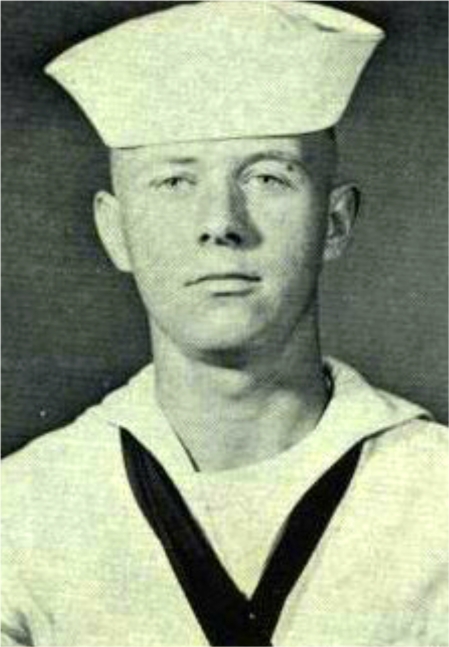 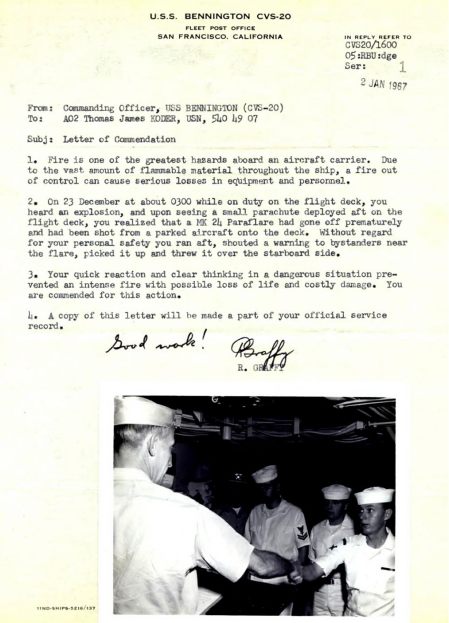 Jim Koder is pictured at 19 in 1960 when he graduated from boot camp in San Diego at the start of his 22 year career in the Navy. Photo providedKoder receives a commendation from the skipper of the carrier USS Bennington after he threw a 2-million candle power flare over the side that was ready to ignite on the flight deck during a practice mission at sea. Photo provided

Jim Koder of Port Charlotte, Fla. spent more than 20 years in the Navy. Much of the time he served aboard six aircraft carriers—the Ranger, Bennington, John F. Kennedy, Saratoga, Forrestal and the Lexington—as an Aviation Ordinance-man to begin with, then he became an Explosive Ordinance Disposal Expert starting with the Cuban Missile Crisis in 1962, through the Vietnam War and on into the Cold War, retiring in 1982.

His actions one night on the flight deck of the USS Bennington was the difference between life and death for some of the ship’s crew.

“I was doing my EOD, Explosive Ordinance Disposal, thing when a sailor accidentally pulled a line on a MK-24 parachute flare attached to the wing of a twin-engine Grumman S-2F “Tracker” airplane,” the 75-year-old retired sailor recalled. “The 25-pound flare hit the deck and was within 30 seconds of igniting its 2-million candle-power light – its parachute laying out there on the fantail.

Bob Hope and his troupe entertained the sailors aboard the Bennington while they were serving during the Vietnam War and the ship was in Da Nang, South Vietnam. The sailors thought the show was great. Photo provided

“I yelled at the ordinance guys to get the hell out of the way as I grabbed the parachute and threw it over the starboard side of the carrier. I could see the smoke on the timer attached to the flare and knew the darn thing was working. When the chute went over the side it took the flare with it.

“It would have been bad news if that flare had gone off,” Koder said. “Two months earlier a similar incident occurred aboard the carrier Oriskany. Some 44 sailors were killed and 156 injured when the flare ignited on deck.”

He received a commendation from the skipper of the Bennington for his heroics that evening at sea. It noted: “Your quick reaction and clear thinking in a dangerous situation prevented an intense fire with possible loss of life and costly damage. You are commended for this action.”

During one of this trips to Vietnam the Bennington docked in Da Nang and picked up Bob Hope and his troupe.

“They put on a show for us aboard the Bennington. The sailors aboard ship got a big bang out of the show. The young ladies in Hope’s troop were escorted everywhere they went aboard ship by a Marine guard.”

Koder dropped out of high school at 16 and joined the Navy two years later in 1960. After boot camp at San Diego the teenage sailor was assigned to a Navy missile facility at Point Arguello near Lompoc, Calif. It was attached to Vandenberg Air Force Base. He became a range safety officer. His job was to check the missiles and make sure the destruct systems on the rockets worked. 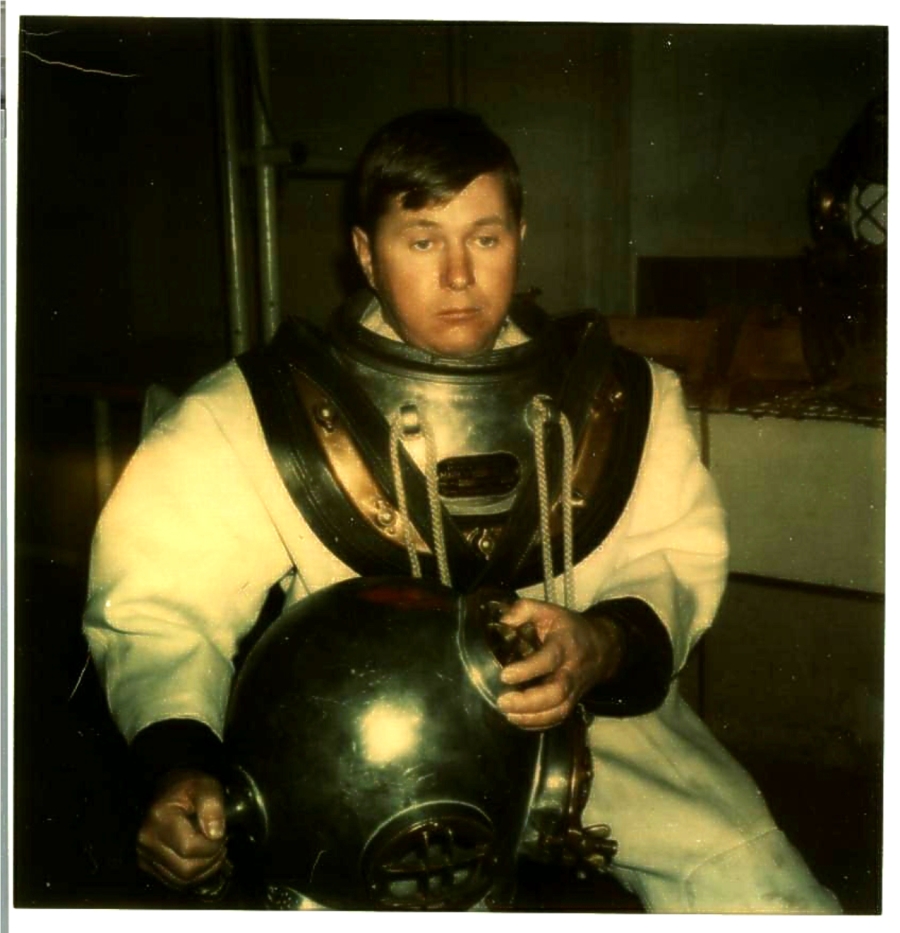 “This was during the time the Mercury Astronaut Program was just getting off the ground. I got to meet all seven Mercury Astronauts and Vice President Lyndon Johnson during my two years at Vandenberg,” he said.

“I decided when I reenlisted I wanted to to go Aviation Ordinance School. When I graduated in Jacksonville I was assigned to the USS Ranger (CVA-61) based in Alameda, Calif. It was just after the ‘Cuban Missile Crisis’ in ’62,” he said. 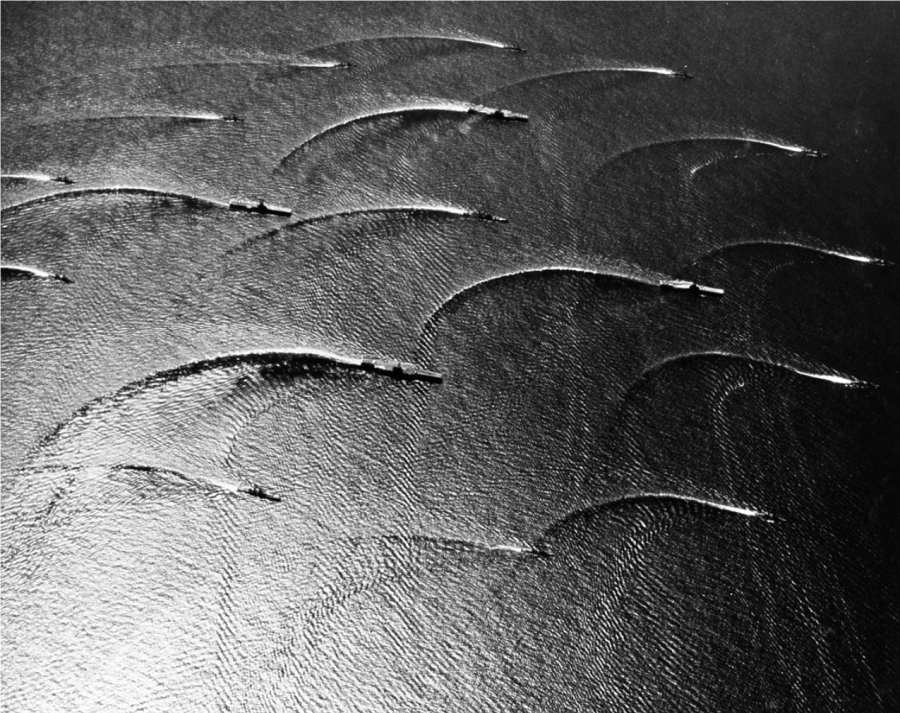 Four aircraft carriers and their supporting ships covered the sea for as far as you could see. The fleet was off the coast of Vietnam during the war. Photo provided

“We started taking cruises aboard the Ranger to Vietnam. On one of these cruises during the Vietnam War four of our carriers were sailing off the coast in a diamond-shape with dozens of other ships in our task force sailing with us. Planes from our flight deck were fighting the war.

“One time on our return from Vietnam to Alameda the flight wing had departed the carrier and all of a sudden the ship started getting underway. There were no airplanes aboard and we had no idea what was going on. When we got out to sea we were told a U-2 spy plane was on our flight deck. We were not allowed to goForestall on deck and see it. It was top secret.

“We found out later the U-2 was spying on French nuclear tests somewhere in the world,” Koder said.

This is the USS Bennington, one of the six Essex Class carriers Koder serviced on during his career in the Navy that spanned more than two decades. Photo provided

“Another time while I was on the Ranger our carrier had a drag race for a quarter-mile at sea with another carrier, the USS Kitty Hawk. We won. The incident made a national hot rod magazine.”

“I went to Underwater Swimming School in Key West. Then I took hard hat diving for three or four months and on to Hazardous Chemical School in Alabama. I was sent to EOD school in Indian Head, Maryland.

After serving aboard the Bennington, Koder was assigned as an instructor at EOD School. He taught nuclear weapons and basic demolition. After that duty he was assigned to Quantico, Va. and taught bomb recovery practices. They would go out in the field and dig up old bombs on military bombing ranges.

“I got orders to go to Whidbey Island along the Washington coast. For three years I took care of the Navy’s ordinance problems at Whidbey.

While there I got a call to collect an old torpedo a couple of civilians found while walking along the beach,” he said. “It was out in the middle of nowhere so the Navy sent a helicopter out to get it. It was a dummy torpedo, but even so the Navy took it out of there. It made the local newspaper. They had a picture of the torpedo hanging under the copter. The paper called it ‘The Navy’s New Secret Weapon.’”

At that point he joined the crew of the carrier USS Forestall as the EOD officer in charge. The ship went on several Mediterranean cruises during the early 1970s. Nothing special happened. 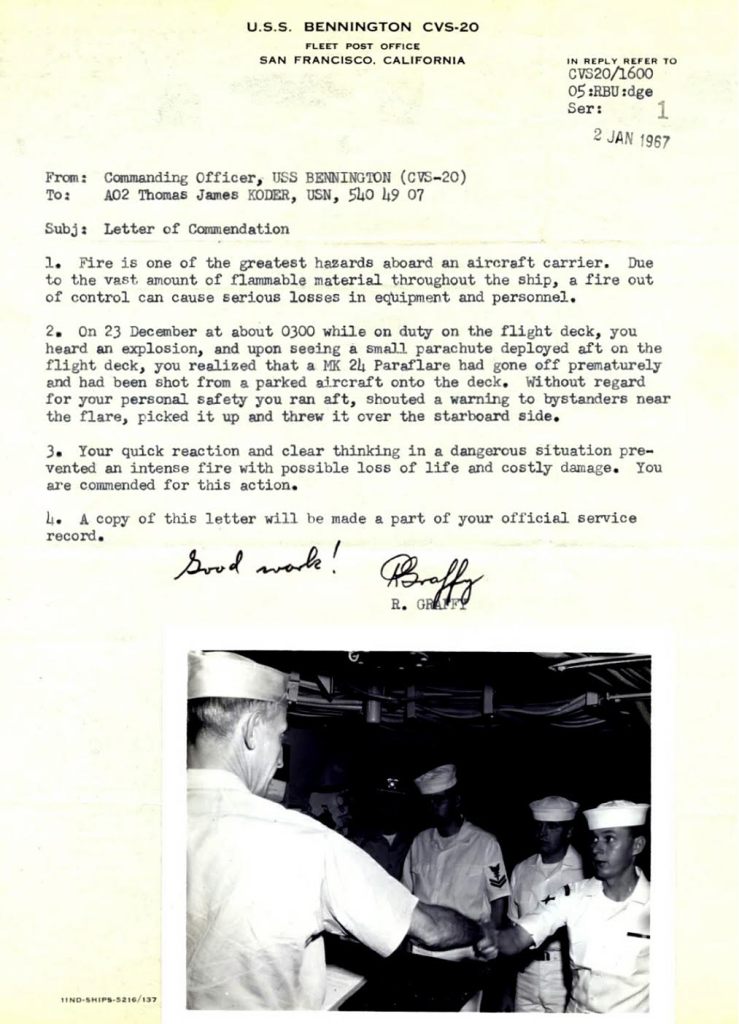 Koder receives a commendation from the skipper of the carrier USS Bennington after he threw a 2-million candle power flare over the side that was ready to ignite on the flight deck during a practice mission at sea. Photo provided

“I decided to get out of EOD and go back in the aviation Navy. By then I was a E-8 and a Chief Warrant Officer-2 . I went to A-7 Aircraft Armament School. I was assigned to VA Squadron 46 stationed at Cecil Field in Jacksonville. I spent the next two years there.

“Then I was assigned to the carrier John F. Kennedy home based in Jacksonville at Mayport. I spent three years with the squadron. We spent most all our time on practice missions.

“It was on to the carrier Saratoga and Squadron VA-37. While serving aboard the Saratoga I received the Navy Commendation Meal,” he said. “Again we made several cruises to the Mediterranean.

“I spent my next two years assigned to the Weapons Department at Cecil Field in Jacksonville. I was also the nuclear safety officer on base. I was there two years and made E-9, the highest rank an enlisted man can make.

He and his wife, Katherine, moved to Port Charlotte a short time later. His grandparents came down here in the 1960s to retire. Koder and his wife have two grown children: T.J. Koder II and Kelly-Anne.

“For a kid who dropped out of school at 16 I thought I had a pretty good career in the Navy,” he observed. 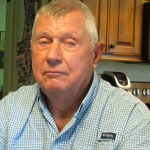 This story was first published in the Charlotte Sun newspaper, Port Charlotte, Fla. on Monday, July 11, 2016 and is republished with permission.