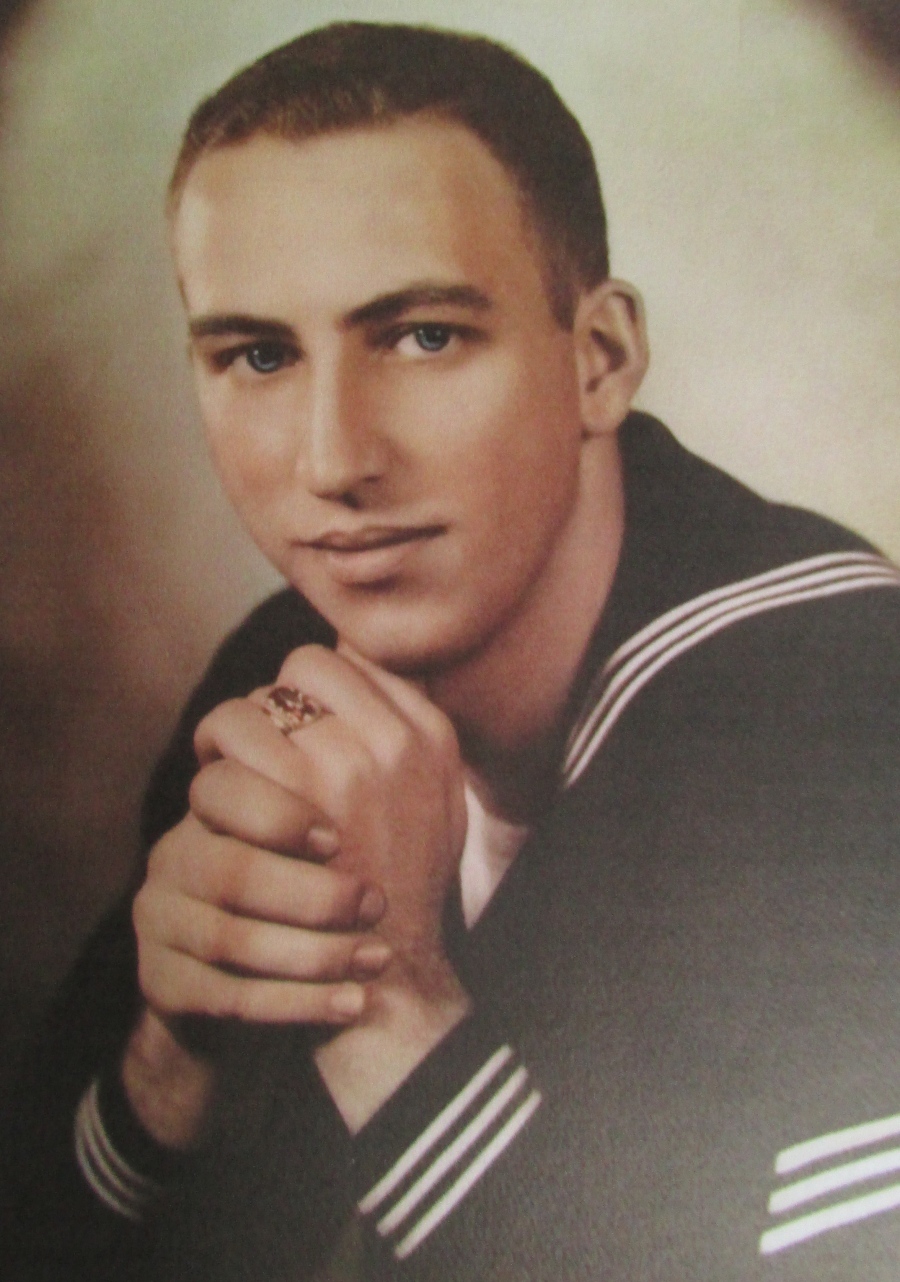 Seaman Duane Payne is pictured as a 20-year-old seaman who served aboard the destroyer USS Bigelow. The thing that distinguished him during his service career was his ability to type. Photo provided

Knowing how to type made former Seaman Duane Payne’s 22-months in the U.S. Navy during the late 50s a walk in the park. It was an outstanding tour of duty, or so he recalled with pleasure more than half a century later.

“I joined the Naval Reserve at 17 while still a junior in high school,” the 77-year-old Port Charlotte, Fla. man, born in Wauzeka, Wis., said. “I went on to Wisconsin State College for two years, but wasn’t doing well in pre-forestry so I joined the regular Navy.

“Since I had already gone to boot camp I ended up at the Naval Receiving Station in Philadelphia, Pa. When the officer running that office learned I could type he put me to work. I stayed with him a few weeks, but eventually went aboard the USS Bigelow, a new Forrest Sherman class destroyer, in ’58.

“I became the yeoman in the engineering office aboard ship. It was the greatest duty in the world. They needed a typist and I became that typist,” he said with a smile.

“The lieutenant I worked for said, ‘Payne: I’ll make you a deal. You keep all your work done up and keep everybody off my rear end and I’ll see to it you have liberty 24-7. You won’t stand watch, you won’t stand a duty section, you won’t do any of those things.’

“I told him, ‘Lieutenant, I can do that.’ It was marvelous.

“When I got aboard the Bigelow the destroyer’s home port was Norfolk, Va. Right away they loaded the boat with supplies and we went on a shakedown cruise to Guantanamo Bay, Cuba. When we got down there we did some maneuvers to find out how the boat was working.

“When we returned to Norfolk our captain was replaced by an admiral. I don’t recall his name, but I do remember we loaded up with supplies once more and headed for Africa with the admiral aboard,” Payne said. “We became the first American war ship to visit some of these ports since World War II. Every port we sailed into we fired a 21-gun salute for the president of that country.

“Aboard the Bigelow with us was a bunch of civilian photographers. They would take pictures of the crew when we were put through our paces as we arrived in each new port,” he said. “I think some of those photographers worked for the U.S. Government. I think they were filming the African coast for our government for some reason.

“The first place we pulled into was Decker in Northwest Africa. We fired our 21-gun salute for the country’s president. It was a big deal and almost all 180 members of the crew were topside in their dress uniforms.

“From there we left Decker and sailed down the coast of Africa to the main port of every little country along the way. Each new country we arrived in we went to a formal lunch.

“The officer of the deck would come around and say, ‘You, you and you are going to an exchange lunch with the Portuguese Navy today. Most of the time they didn’t speak English and we didn’t speak their language. That left us more time to eat and drink,” Payne said with a grin.

“We went clear to Cape Town, South Africa. When we got into Cape Town segregation over there was still very, very strict. They informed the black sailors aboard our ship they would have to stay with the blacks if they went ashore. If they got caught talking to any whites it was a big crime.

“From Cape Town we went up around the other side of Africa to Madagascar, Zanzibar and Tanzania. We had liberty in every port. What an education for a 20-year-old sailor.

“Zanzibar was incredible. The city was built like a maze. The streets were two blocks long and then there was a ‘T.’ You could get confused walking around the town,” he said.

“Then we came back around the west side of Africa and steamed up the Congo River. We went to three grass villages called: Ango-Ango, Makowhee and Banana. When our destroyer got to Banana there was a Japanese naval vessel at dockside. The Japanese sailors were all up on deck watching us arrive.

“We got right next to their destroyer escort and fired our 21-gun salute to the country’s president. They must have thought we were going to sink ’em right there!

“We completed our African trip and sailed back to Norfolk. After the shipyard got through working over the Bigelow we got her loaded up again and took a second cruise for six more months to the Mediterranean. We hit all the Mediterranean countries–Gibraltar, Spain, Italy and all the rest.

“While over there on our second cruise our destroyer also served as carrier guard with the 6th Fleet. I was designated a diver and was suppose to go over the side and rescue downed pilots or anyone else who fell in. I never did it for real, only trained to do it.

“When we returned to Norfolk my two years tour was almost up. I had two months to go, but they decided to release me early because the Bigelow was being transferred from Norfolk to Jacksonville, its new home port.”

Recalling his time aboard ship Payne said, “When you’re on a destroyer it’s kinda like being on a submarine. In rough water our ship was underwater as much as it was on top. It would come up on a big wave an the bow would go way up in the air and come crashing down into the sea. Then the fantail would come out of the water and so would the screws as they turned shaking the whole ship.

“I loved every minute of my time in the Navy,” Payne said. “I loved the sea.”

When he returned to civilian life he worked a couple of years with the Wisconsin Game & Fish Department and then he transferred to the U.S. Fish & Wildlife Service.

This is Duane Payne of Port Charlotte at 77. Sun photo by Don Moore

Because the pay was poor and he had just married Phyllis, his high school sweetheart, he decided to do something new. Phyllis was working at the time as an Air Force weather person at Strategic Air Command’s headquarters near Denver, Colo. where they lived at the time.

“I took a job selling Beltone hearing aids door-to-door and made a lot of money. Two years later I was district manager for Beltone,” he said. I switched jobs and went to work for Commercial Credit Corp. and 17 years later I was manager of one of their offices in Bemidji, Minn. It was there a banker offered me a job.

The Paynes have three grown daughters: Athena, Anita and Alicia.

This story was first published in the Charlotte Sun newspaper, Port Charlotte, Fla. on April 20. 2015 and is republished with permission.

Click here to view Payne’s collection in the Library of Congress.