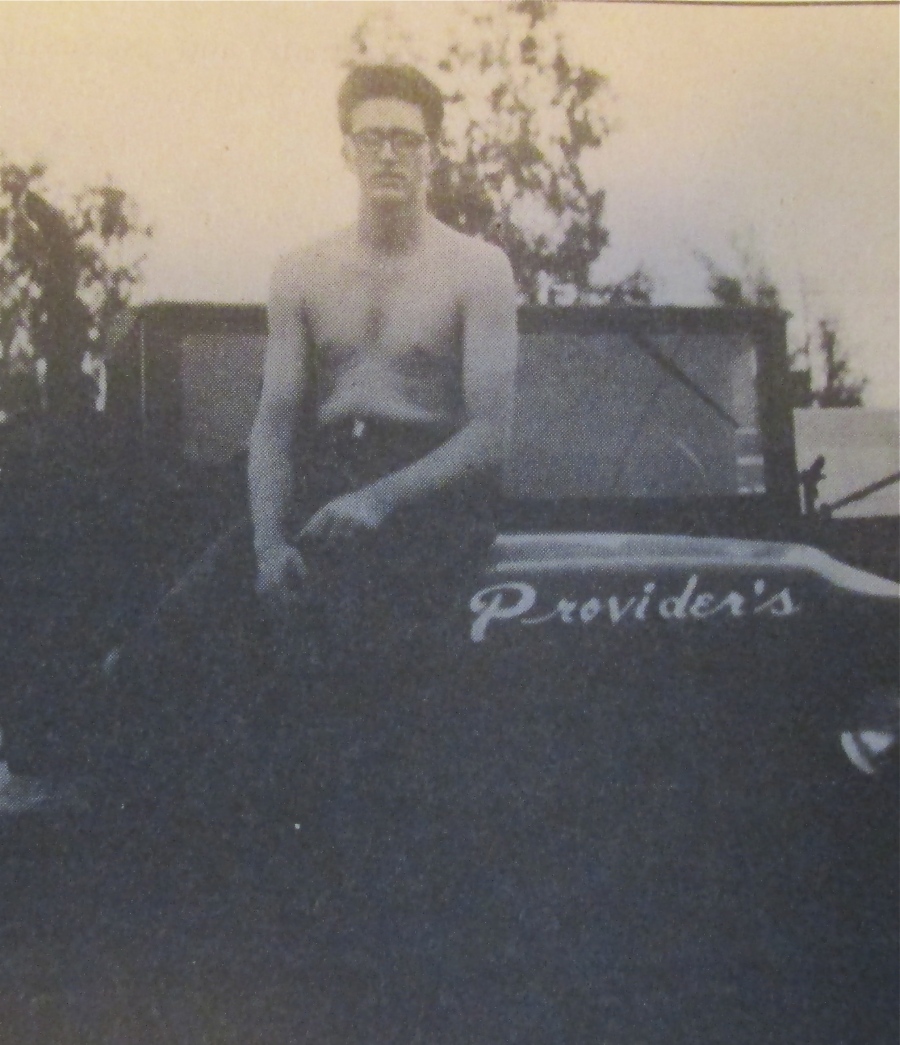 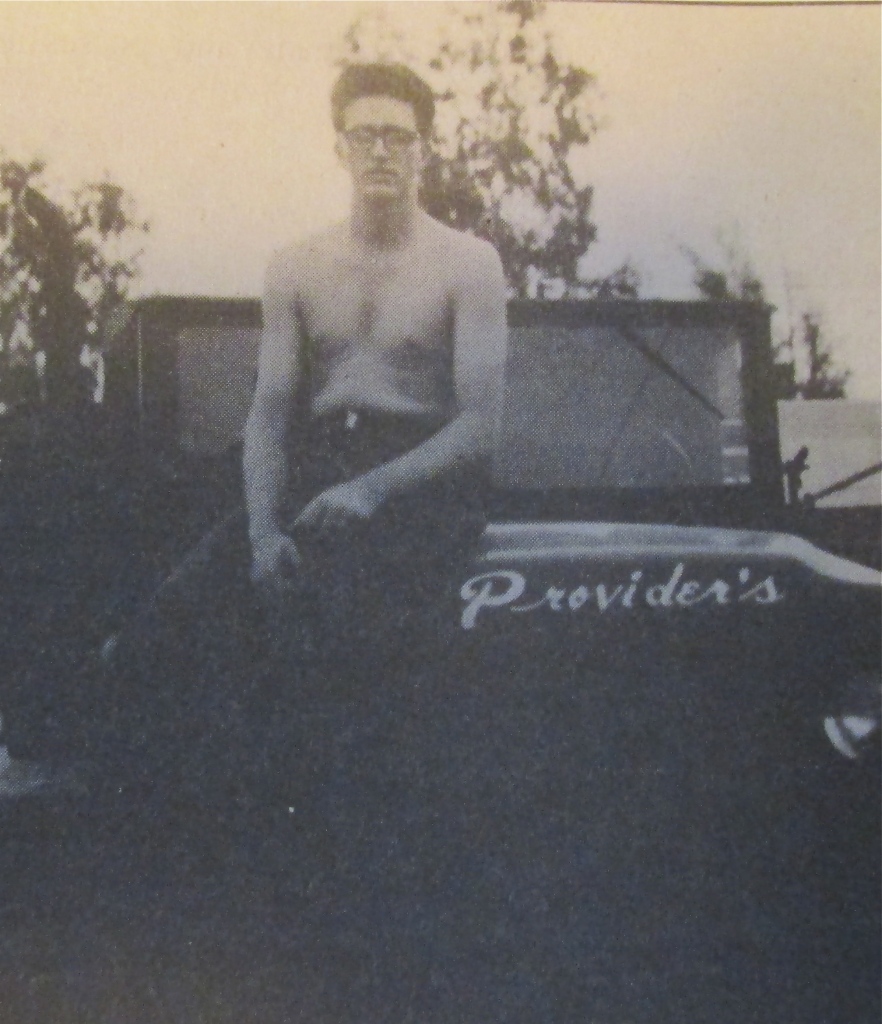 Lee St. John was a bit of a contradiction in Vietnam.

He was a Baptist kid from Arcadia, Fla. who ran a liquor warehouse in ‘Nam. He was a small arms specialist who never fired a shot until he wound up in a Southeast Asian war. He was a “spook,” or spy, a member of a super secret communications outfit that President John F. Kennedy didn’t even admit existed.

“I was fresh out of DeSoto County High School in 1966 when I volunteered for Vietnam,” said St. John, 54. “After basic training at Fort Jackson, S.C., at 19, I spent most of the next three years at Fort Devens, Mass., outside Boston.

“I was a small arms specialist and an escape and evasion specialist. For 18 months, I taught part of a combat orientation course for troops at Fort Devens.”

He only had nine months and 12 days left to serve in his four-year hitch in the Army when he arrived in Vietnam in 1970. Just before he left for the war, St. John decided to join the U.S. Army Security Agency. He had no idea what he was getting himself into. What he did know was that he didn’t want to be a front-line infantry soldier.

St. John was sent to a radio eavesdropping operation in Phu Bai, South Vietnam, about 10 miles south of Hue. It was enclosed with two 12-foot-high cyclone fences topped with razor wire. In between the fences was a mine field. Around the perimeter were guards and dogs patrolling the area. Also protecting the area were units of the 1st Marine Division and the 101st Airborne Division.

What was going on in the “Operations Building” was so secret, even the Marines and Airborne troops had no idea what St. John and his buddies were up to. They called themselves the “XYZ Unit” or the “Radio Research Unit.”

Through it all, he had top-secret security clearance because he worked for the 8th Radio Research Field Station — the Phu Bai “spooks.”

“Our job was to keep track of where the enemy was at all times,” he said. “We did such a good job that the joke going around was that Gen. (William) Westmorland could send troops out to a particular location in the field and wait for the enemy to arrive.”

At the 8th Radio Research Field Station, the 500 to 600 specialists in St. John’s unit monitored radio communications in Vietnam — ours and theirs. They listened to hundreds of enemy broadcasts daily.

“Every word our radio translators picked up went back to Military Assistance Command,” he said. “From there, it went to whomever needed it.”

Being the guy who had a Quonset hut full of liquor had its perks. First of all, it was easy duty. Nobody was shooting at him and everyone on base was looking to sample his wares.

“I’d grown up a Baptist boy in Arcadia who didn’t drink until I got in the Army,” St. John said with a smile. “Every once and a while, we’d have to go pick up a trailer truck full of beer or booze and they automatically figured a certain percentage for breakage. Needless to say, we wrote off the certain percentage and then had a big barbecue and beer party.”

His second three months in ‘Nam were more interesting — and more hazardous. St. John volunteered to go out on search-and-rescue missions. If a pilot went down in the bush or a chopper bit the dust, a six-man search and rescue team was sent out to get them.

“Six of us would go out in a ‘Huey’ (helicopter) and be dropped near where the aircraft went down. Occasionally, we’d have to do it the hard way and go out on foot,” he said. “We were all specialists who had volunteered for the mission and were all quite good at what we did.”

St. John was the weapons expert. There was also a medic, a radio man and several reconnaissance people who comprised the other members in the group.

They would be out a day or two at a time and sometimes less. He said it was normally a once-a-week experience during the 90 days he was in search and rescue.

St. John was lucky. He never encountered any major problems while looking for survivors. Altogether, he made possibly a dozen forays into enemy territory.

His last three months in Vietnam was a walk in the park — almost.

“My job was to transport classified equipment from place to place. When I wasn’t doing that, I’d be over at the Phu Bai Non Commission Officers Club,” St. John said.

“It was early June 1970 and I had delivered some equipment to Fire Base Rip Cord, outside the main encampment,” he recalled. “The next day they were attacked and overrun by the Viet Cong. A bunch of our people ended up in Phu Bai Hospital and a bunch more ended up dead.”

Five years after St. John returned to the States and a year after the Vietnam War had finally come to a close, the National Security Agency started downsizing his radio research unit. By 1975, it was completely disbanded. The unit was no longer needed. 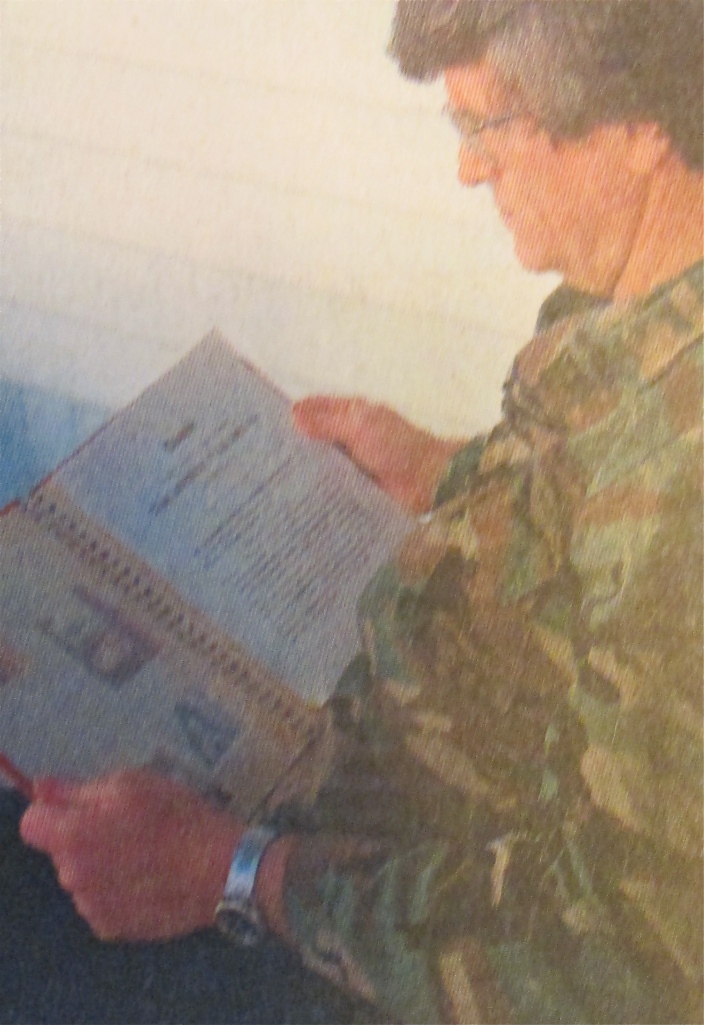 Lee St. John of Arcadia looks at his scrapbook from Vietnam. On the right is the Bronze Star citation he received while working for a secret communications outfit in ‘Nam. Sun photo by Don Moore

But Lee St. John, the Arcadia teenager who went to war more than three decades ago, has a Bronze Star to show for the time he spent in Vietnam. The commendation that goes with the medal reads:

“By direction of the President, the Bronze Star Medal is presented to Spec. 4 Leroy A. St. John, U.S. Army, who distinguished himself by outstanding meritorious service in connection with military operations against a hostile force in the Republic of Vietnam during the period 12 April 1970 to 12 January 1971. Despite many adversities, he invariably performed his duty in a resolute and efficient manner. His loyalty, diligence and devotion to duty were in keeping with the highest traditions of the military service and reflect great credit upon himself and the United States Army.”

This story was first published in the Charlotte Sun newspaper, Port Charlotte, Fla. on Sunday, February 3, 2002 and is republished with permission.