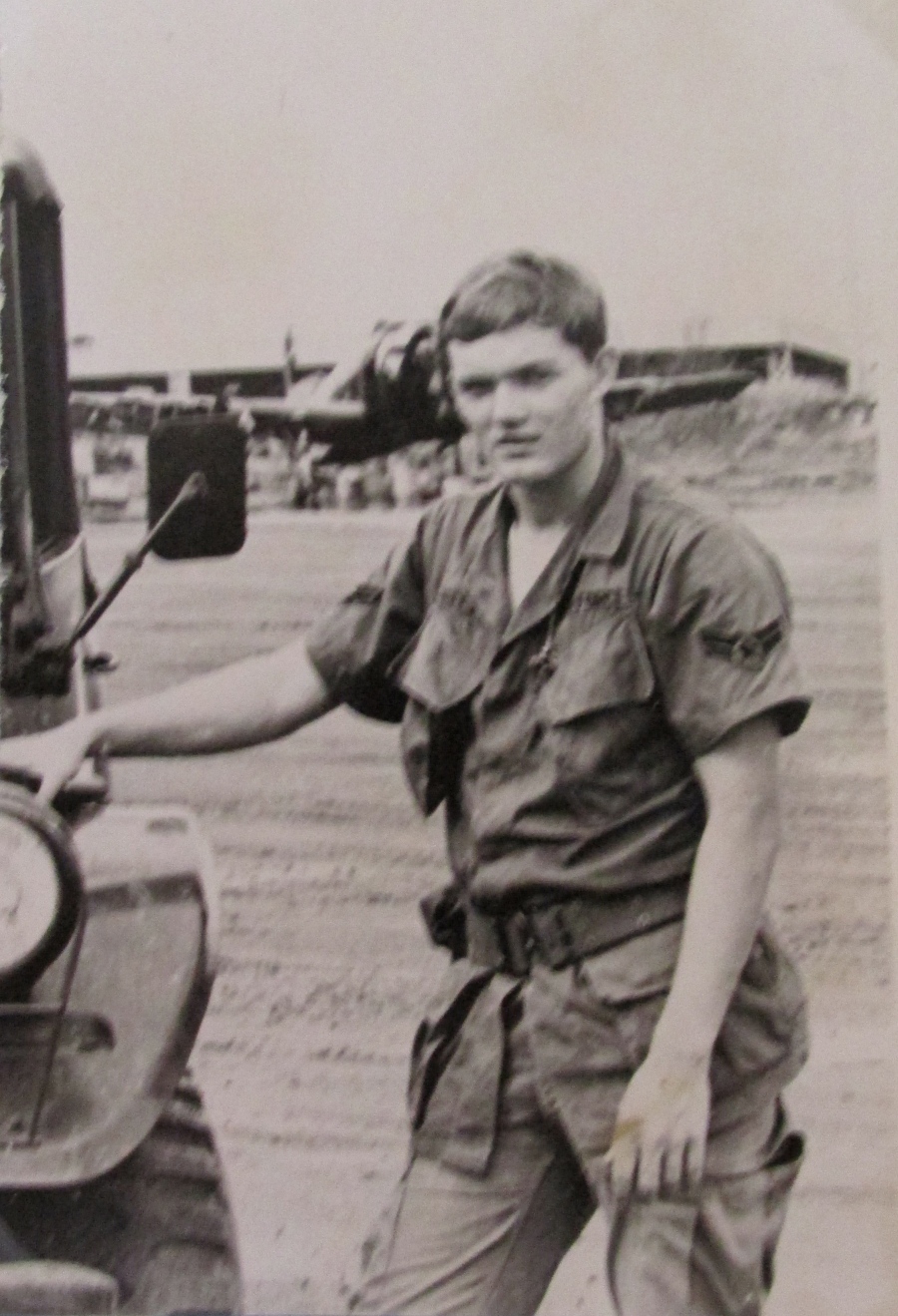 Airman Jack Freeman of Port Charlotte is pictured with his Jeep along the runway at Bien Hoa Air Force base north of Saigon in 1969 where he worked as weapons specialist. In the background is a Douglas A-1 "Skyraider." Photo provide

Airman Jack Freeman of Port Charlotte, Fla. is pictured with his Jeep along the runway at Bien Hoa Air Force base north of Saigon in 1969 where he worked as weapons specialist. In the background is a Douglas A-1 “Skyraider.” Photo provided

Some 80,000 North Vietnamese Army and Vietcong troops struck all of the U.S. and South Vietnamese military centers in a surprise attack throughout the south beginning on Jan. 30, 1968. By the time it was over two months later the North Vietnamese had lost thousands of soldiers killed and wounded. The U.S.’ losses weren’t nearly as costly, but it was a psychological disaster for the American forces that eventually cost them the war.

Freeman had arrived in country six months earlier. He was a weapons specialist whose primary job was to keep a squadron of North American Super Sabre jet fighters armed and ready to go.

The 19-year-old sergeant would arm anything that flew in and out of Bien Hoa Air Force Base, about 20 miles north of Saigon. He served in the 90th Tactical Fighter Squadron that provided air support to the ground troops. 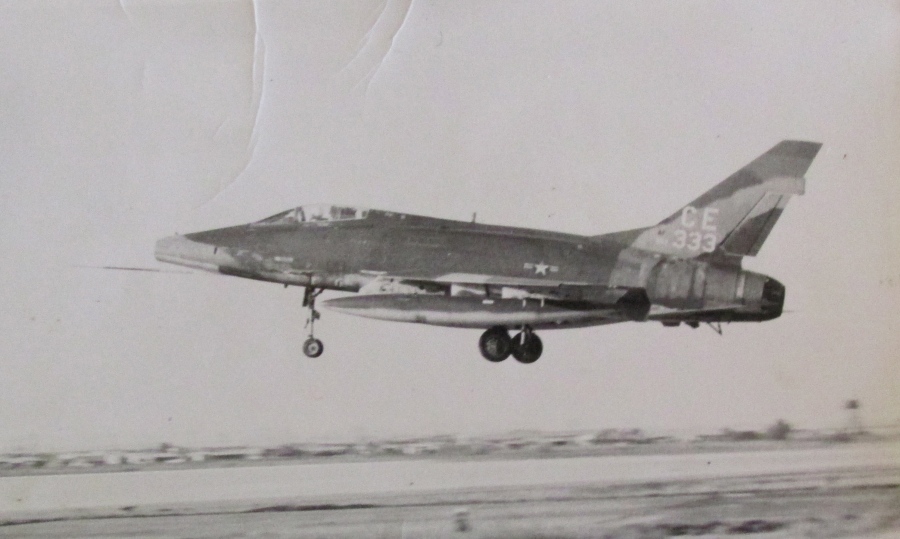 An F-100 North American Super Sabre is airborne at Bien Hoa Air Force Base at Vietnam. This was the kind of jet Freeman served as weapons specialist on. Photo provided

“Some days I’d work on the flight line positioning bombs underneath the wings of aircraft.We would put the fuses for these bombs in when the bombs were put on the planes. Other days I’d work at the end of the runway pulling pins that armed the napalm, 250, 500 and 750 pound bombs before they took-off.

“It was pretty dangerous work, but it was something you just got use to. You couldn’t really think about it. You just did it,” Freeman said nearly 45 years later sitting at his dining room table.

When he and his buddies weren’t pulling the pins on detonators activating live bombs, they were sticking them back in to disarm the same bombs when they failed to drop. It was their job to get the bombs disarmed when pilots returned to base with them dangling from the wings of their jet fighters.

“Once or twice a week we had this problem,” he explained. “One day out on the runway we had a pilot takeoff, hit the bomb switch and drop four or five 500-pound bombs a few hundred yards from where we were. Luckily for us they didn’t go off. They just went into the ground.

“On another occasion we had a pilot fly back to base and his plane was upside down when he ejected into the ground and got killed. A number of other pilots came in with their planes and helicopters all shot up,” he said.

At least once a week they were visited by Vietcong who were very good at targeting their supply depot or ammo dump with their 122 mm rockets or mortars. VC would get into the airbase and when no one was watching pace off the distance from point-to point so they know the precise distances for aiming their missiles.

“Feb. 23, 1968 is the day I remember most in Vietnam,” Freeman said. “It was the start of the Tet Offensive for us at Bien Hoa. The North Vietnamese Army and VC tunneled under our perimeter fence and attacked us with small arms fire.

“It started about 11 p.m. while I was out working at the end of the runway arming the bombs on planes. We were under heavy enemy fire. After our planes took off they dropped their bombs a quarter-mile away from us because the enemy was so close. 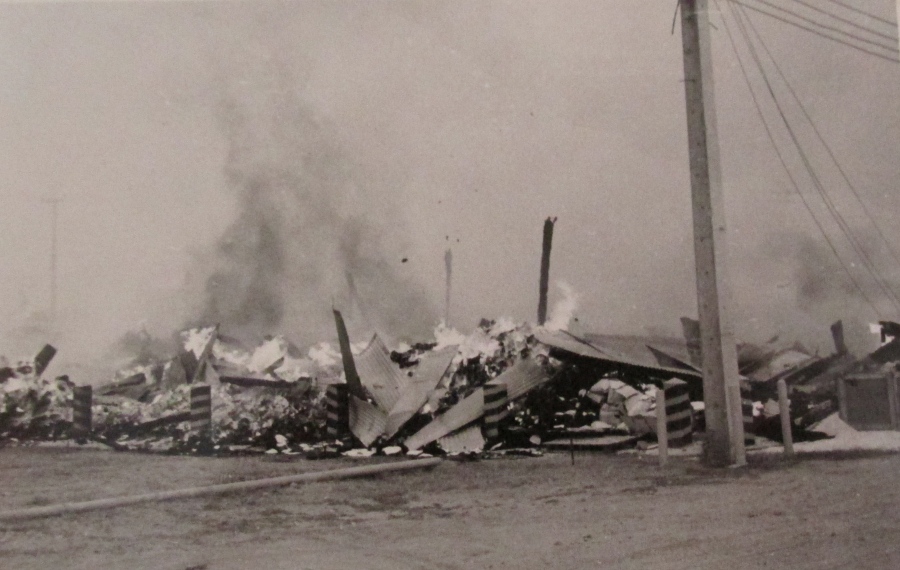 After the Tet Offensive this is what some of the storage buildings on the base at Bien Hoa looked like. They were hit by enemy 122 mm rockets and mortars during the massive raid that turned the country upside down militarily and politically in 1968. Photo provided

“At the same time the VC attacked the little village next to our base. That attack was called ‘The Battle of Little Church.’ The VC and NVA used the villagers as human shields when they attacked us.

“The next morning we found a lot of our buildings badly damaged. The enemy also destroyed a number of our planes, primarily with 122 mm rockets,” Freeman said. The NVA and VC took their dead with them when possible. We found around 200 dead soldiers they left behind the following day.”

Tet was president Lyndon Johnson’s undoing. He announced he would not seek a second term as president. When the U.S. and its allies pulled out of Vietnam Richard Nixon was president.

Freeman says he remembers the hot beer they drank in Vietnam. Occasionally they could get a ‘Cool One’ and it was good.

He also recalls the people in the country. “The VC would infiltrate even on the base. I didn’t trust the people over there. You couldn’t even trust the kids.

“The day I was leaving, in late July 1969, we flew out on ‘World Airways’ to the Philippines. Then we took another airliner from there to Honolulu. After that I flew to San Francisco.

“We knew nothing much about the ‘Anti-War Movement’ back in the States. We had no idea how bad it was until we arrived in San Francisco,” he recalled decades later. It was total chaos when we got off the plane because of the ‘Anti-War’ people. They were unfriendly and in large numbers when we reached the terminal. 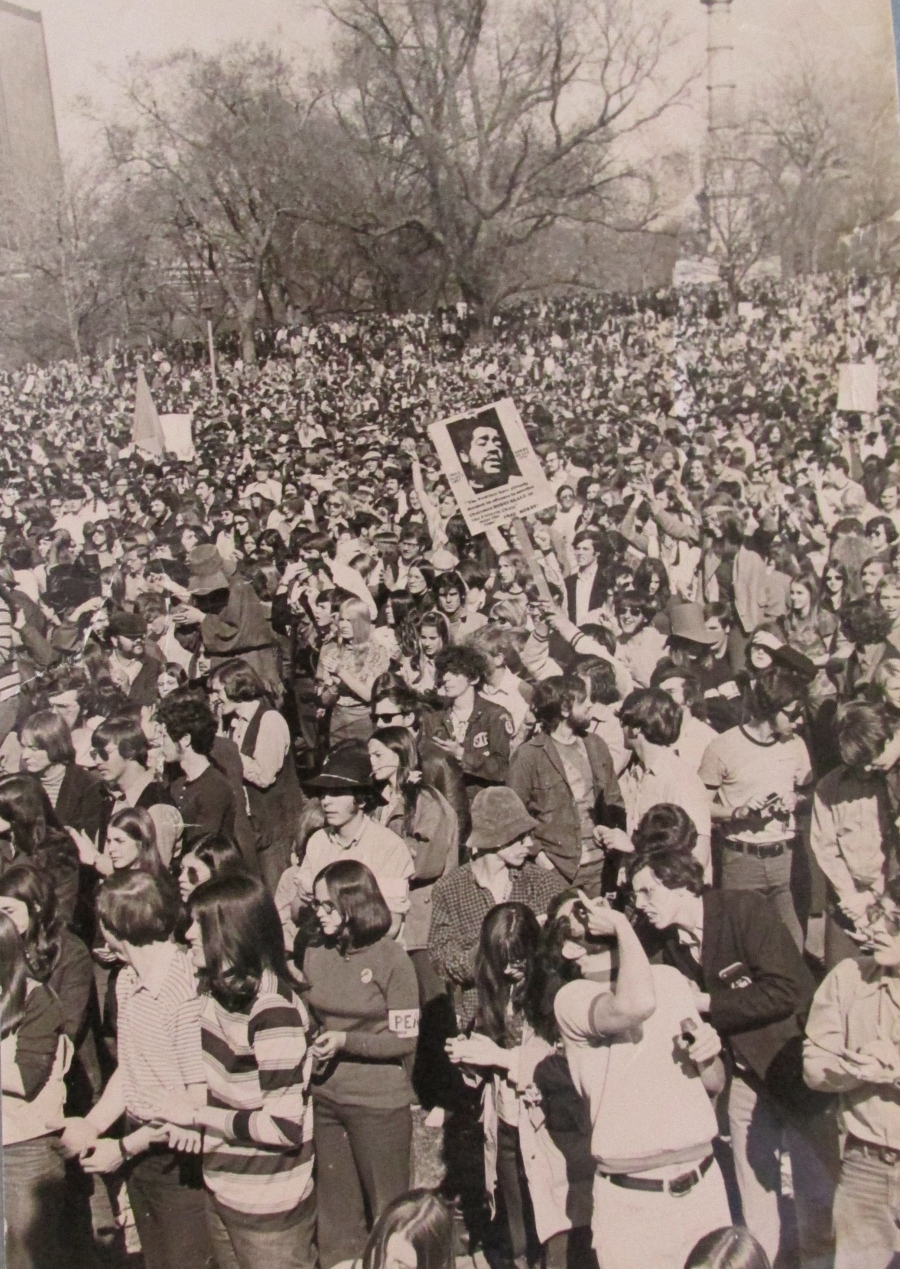 Anti-War Protesters were out in force in San Francisco when Sgt. Jack Freeman returned from the Vietnam War in 1969. Photo provided

“I was very disappointed and sad when I came home and had to face all these objectors. Things improved during the last leg of my trip when we flew into Boston. There were a few protesters waiting, but not nearly the number I faced in San Francisco,” he said.

“I couldn’t deal with all my problems back home. I wasn’t doing well in junior college. I was mostly partying. I was drinking and doing drugs. ”

Some time after he got out of the Air Force Freeman went to work as a laborer at a rock quarry in Massachusetts. He lucked out.

“The president of the company had been a fighter pilot who flew out of Bein Hoa. When he found out I was a Vietnam vet who served at Bein Hoa he took an interest in my. Thirty years later I retired as manager of the quarry.”

Because of a number of debilitating conditions caused by his service in Vietnam: Agent Orange and Post Traumatic Stress Syndrome, he retired in 2007 at 58.

“I had a serious auto accident. I had some kind of seizure while driving and hit a fellow head on and killed him,” Freeman said. “I barley survived. I spent the next eight months in a VA hospital recovering from the accident.

“When I was released from the hospital I could hardly walk and ended up in a wheelchair. My wife, Janice, came down here in 2008 and bought this house while I was still in the hospital up north.

“It had a pool. She helped me out of my wheelchair and into the pool on a daily basis. I started walking back and forth in the pool until I could walk again by myself. Here I am today walking again and doing great,” Freeman said with a smile.

The couple has three grown children: Daniel, Justin and Ryan.