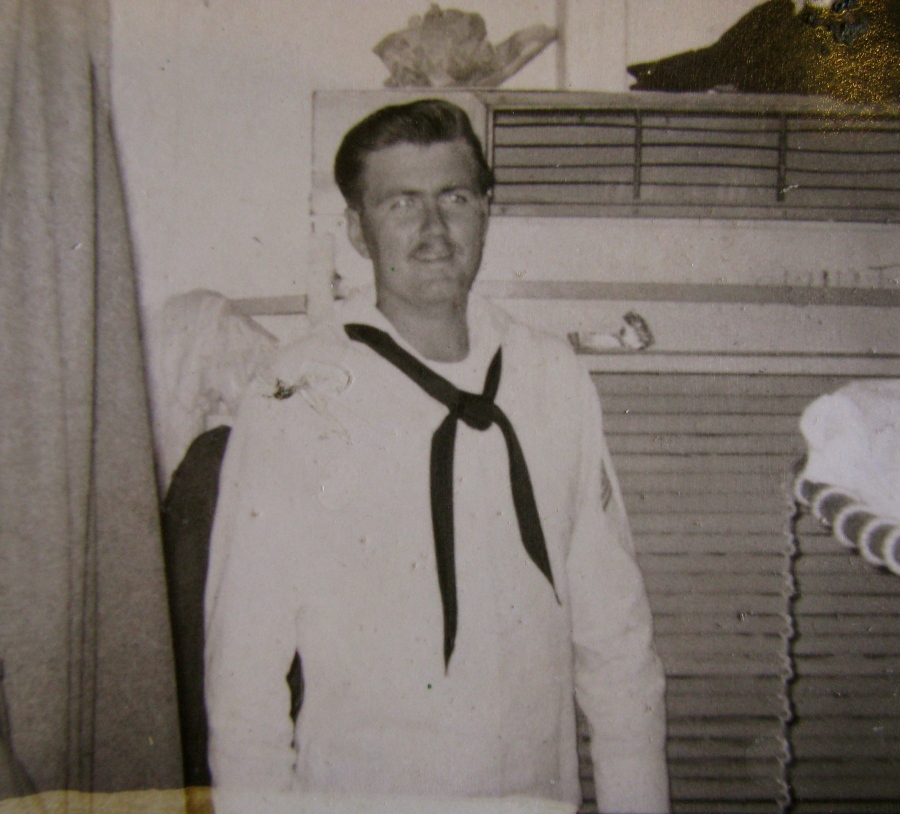 Seaman Richard Hartley of Port Charlotte is pictured in one of three battered pictures he still has of himself in 1967, about the time he served aboard the USS Mathews, an attack transport, in Vietnam. Photo provided

Until he sailed for Vietnam in 1967 aboard the USS Mathews, AKA-96, Richard Hartley of Port Charlotte, Fla. was a 21 year-old auto worker making Jeeps at Ford’s giant Rouge industrial complex in Dearborn, Mich.

He joined the Naval Reserve about the time he got out of high school and made two six month cruises to the Southeast Asian war zone as a seaman and eventually a boatswains-mate on the 459-foot-long attack transport.

“We left California with a ship load of military supplies that we off loaded at Da Nang harbor in Vietnam,” the 67-year-old former sailor explain. “Over there we spent much of our time taking ammunition up and down the coast.”

Hartley also served as a coxswain aboard a 40-foot landing craft. He was the seaman at the wheel of the LCM. It had a bow ramp that dropped down when it hit the beach to let the Marines charge into battle. They carried 23 landing crafts aboard the Mathews.

“When we first arrived in Vietnam we took beer ashore for the Marines. We lost one case of beer while moving it on shore,” he recalled with a smile. “By morning we had lost a whole pallet of beer that was sitting up on the dock. It was a big deal. They brought in security, but they never found the missing beer.

“As we were unloading some of our other cargo we watched one of our fighter planes crash into Da Nang Harbor. It had apparently been hit by enemy fire somewhere else and was attempting to land,” Hartley said. “A couple of our landing craft rescued the pilot. He wanted nothing to do with us because he said he was headed home in four hours.

“One night we were unloading napalm out of the hold of our ship when the NVA (North Vietnamese Army) or the Vietcong started firing at us with mortars from up in the hills surrounding the harbor. They weren’t very accurate, but I was still a little nervous,” he said.

After their first six months at sea off the coast of Vietnam the crew of the USS Mathews was replaced by her sister ship. They sailed back to their home port of Long Beach, Calif.

When they returned to the war in Vietnam, Hartley and the crew of AKA-96 accompanied a battleship along the coast as she pounded enemy emplacements with shells from her 16-inch main guns.

“I think it was the battleship New Jersey we ran along the coast with for several nights, but I’m not sure,” he said. “They were noisy nights. Her 16-inch guns were big.”

As part of the “Gator Fleet,” what they were called over there, the crew of the Mathews was given a weeks shore leave at a time. Once they visited Honolulu and three times his ship sailed into the port of Hong Kong for R & R.

On one of their trips to Hong Kong they provided the crew of the aircraft carrier USS Constellation (CV-64) with ship to shore transportation for most of its 2,500 sailors. 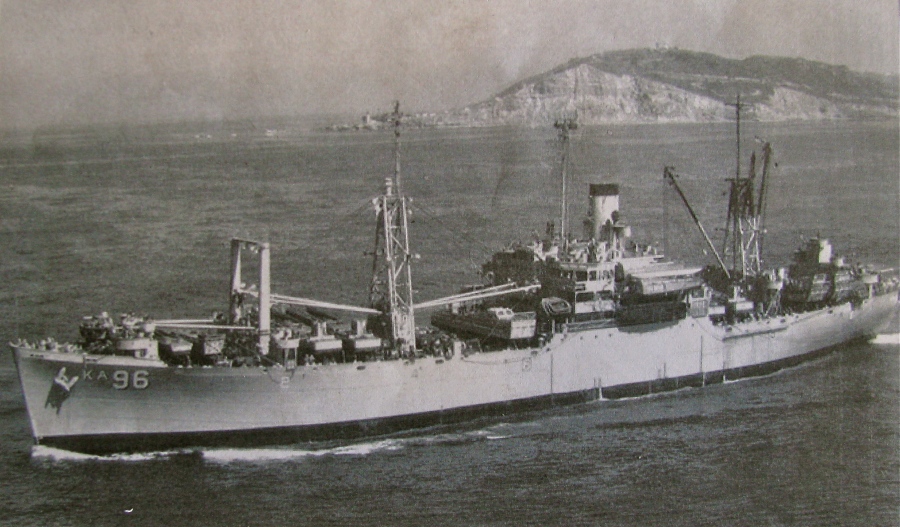 The USS Mathews (AKA-96) was an attack transport built at the end of World War II and used throughout the Vietnam War. The 459-foot-long ship transported men and equipment to enemy shores in the Pacific and deposited them on the enemy beach with the 23 landing craft it carried. Photo provided

A typhoon was the most exciting thing that happened to him on his second cruise to Vietnam.

“We sailed out of Da Nang Harbor about the time the storm hit. We spent three days out in the open sea fighting the storm,” he said. “Thirty to 40 foot waves were breaking over the Mathews’ bow. I had never seen waves like this in my life.

“At the time I was one of three guys the captain designated to steer the ship. He picked us because we were good at the helm. When we got back into Hong Kong after the storm we got extra liberty because we did such a good job of steering the ship.”

It was during his final tour off the coast of Vietnam, a serious fire broke out in the ship’s hole. Some how the hemp landing nets the Mathews carried caught fire and smoldered below deck causing the fire control system to activate.

“For four hours we fought the fire. I was the guy down in the hole with the two-inch fire hose pouring water on the fire,” he said. “After I went through two bottles of oxygen for my mask I was replaced down there by someone else.”

The blaze caused no serious damage to the ship.

Toward the end of his second tour aboard AKA-96, Hartley received word his father had died back home in Michigan. He was granted leave and flew home for his funeral.

He rejoined the crew of the transport 45 days later when it returned to its home port of Long Beach. A short time later he was discharged from the Naval Reserve and continued life as a civilian.

“I returned to Ford, where I had worked, before I went to Vietnam. For the next 38 years I worked at ‘The Rouge,’ Ford’s giant auto complex in Dearborn, Mich. until I retired and my wife, Carol and I, moved down to Port Charlotte in 2005,” Hartley said. The couple has two grown daughters:  Jennifer and Jamie.

This story was first published in the Charlotte Sun newspaper, Port Charlotte, Fla. on Wednesday, July 24, 2013 and is republished with permission.

Click here to view the collections in the Library of Congress.