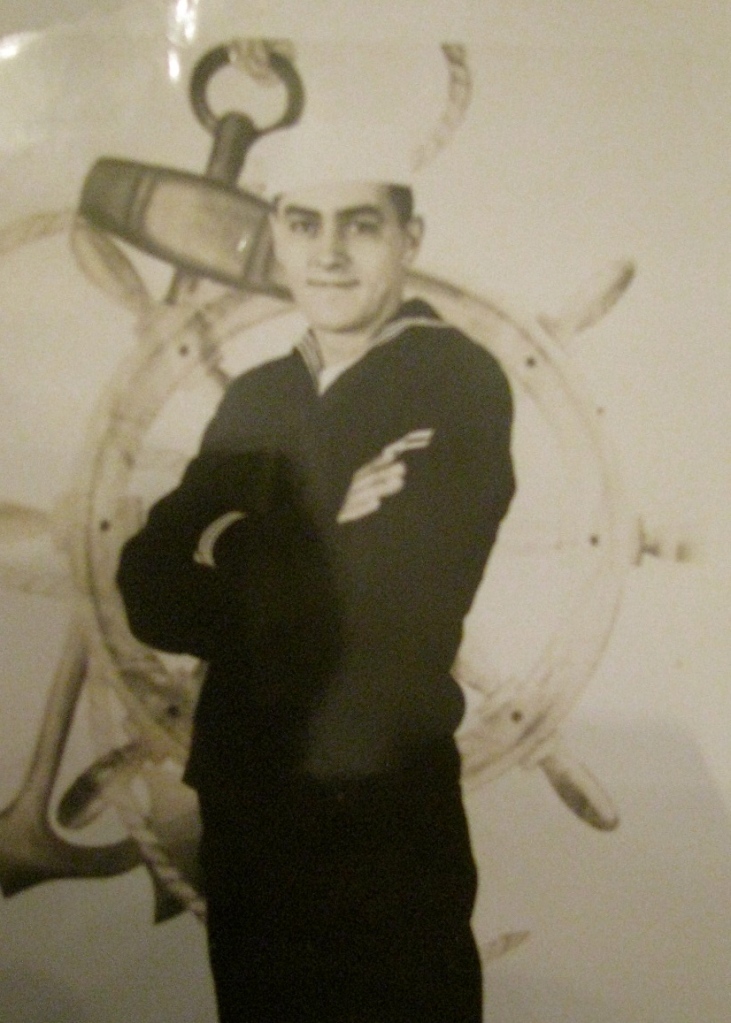 Everett Charles early in his Navy career. He joined in 1950, right out of high school. Photo provided

Everett Charles of Vizcaya Lakes mobile home park in El Jobean skippered a PBR (Patrol Boat River) that prowled the Upper Saigon River hunting for North Vietnam Army regulars and Vietcong irregulars moving enemy supplies into South Vietnam. He made 216 combat patrols as captain, plus an additional 89 patrols into enemy territory as an advisor aboard South Vietnamese gun boats during the three years he served over there.
“Officer Charles had no peers as a boat captain in U.S. River Division 593,” a superior wrote in a Navy performance evaluation. He received a Bronze Star for valor for his combat patrols on the Upper Saigon River, Grand Canal, Vieh Canal, Rung Sat Special Zone, and the Upper Mekong River in Cambodia the accompanying citation notes.

He served in country from 1969 to 1972. During the Korean War he served as an electricians mate aboard the destroyer escort USS Basilone on the east coast of the United States.

The firefight Charles recalls most vividly happened in January 1970 while he was skippering a PBR on the Upper Saigon. Three PBRs left their Bhu Cong base camp for a five day combat incursion up the river. These boats were heavily armed with multiple .30 and .50 caliber machine-guns and five different kinds of grenades. They could reach speeds of 36 knots, run in six inches of water and turn on a dime.

“It was shortly after 4:30 p.m., we had just left base camp and were probably no more than a mile up the river, when we came under heavy enemy rocket attack,” the the 80-year-old former petty officer 1st class recalled. “The river was maybe 100 foot wide where we were attacked. We were very lucky no one on our boat was hit by enemy fire. 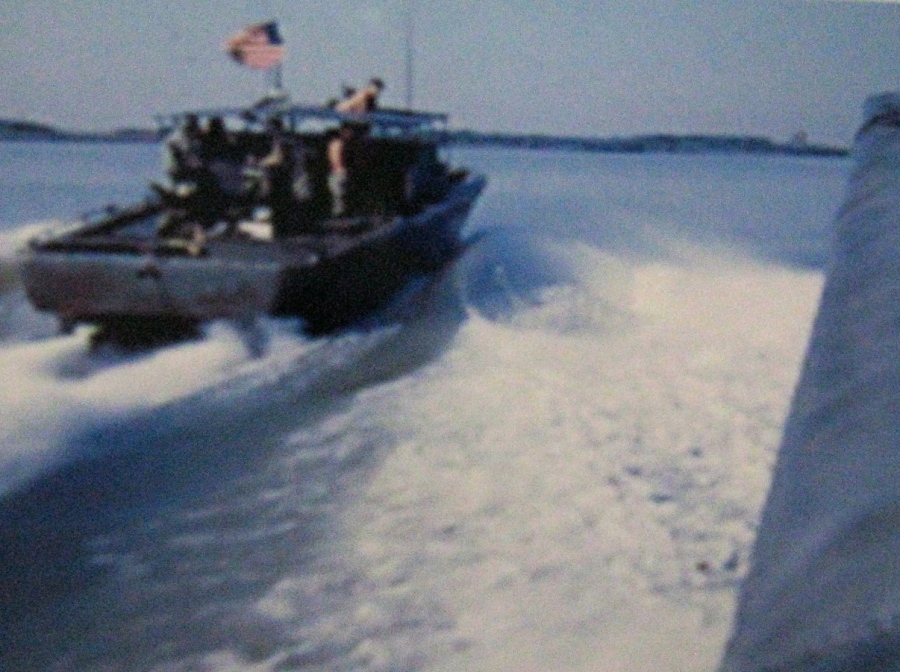 A PBR River boat charges up the Grand Canal searching for North Vietnam and Viet Cong troops transporting military supplies into South Vietnam in the early 1970s. Petty officer Everett Charles of El Jobean, Fla. was skipper of one of these boats. Photo provided

“After the enemy attacked with shoulder-fired rockets it opened up on us with heavy automatic weapons fire,” he said. “As we were returning fire all three boats executed a turn in the river and came back by the NVA and VC and fired on them some more.

“Then we nosed our bows into he river bank an came right at them with our twin .50s. All we could see of the enemy was where their fire was coming from. They were hidden in the jungle along the river bank,” Charles explained.

“We called in helicopter support. The copters blanketed the area with heavy fire and the enemy attack was suppressed.”

The fighting lasted 15 or 20 minutes altogether, he said.

Charles’ first enemy encounter came a month early, In December 1969, when he and two other PBR boat crews were as far up the Upper Saigon as they could go. It was 9:30 at night when they realized the NVA and VC were moving across the river with supplies.

“We dropped flares on them first, then we hit them with our machine guns. We caught 35 of them in the river about midnight.”

“Another time we were returning to base and got a call that an ARVN unit (Army of the Republic of Vietnam) had come under siege. The enemy didn’t know we were there. We nosed all three of our boats into the bank and hit them with our .50s,” he said.

“We engaged the enemy 14 times during the first year I was over there,” Charles said. “During my last two years I had four more fights with the NVA and VC while serving on South Vietnamese river boats.”

Charles took part in some secret adventures he doesn’t talk about in Cambodia and other places involving Navy Seal teams. 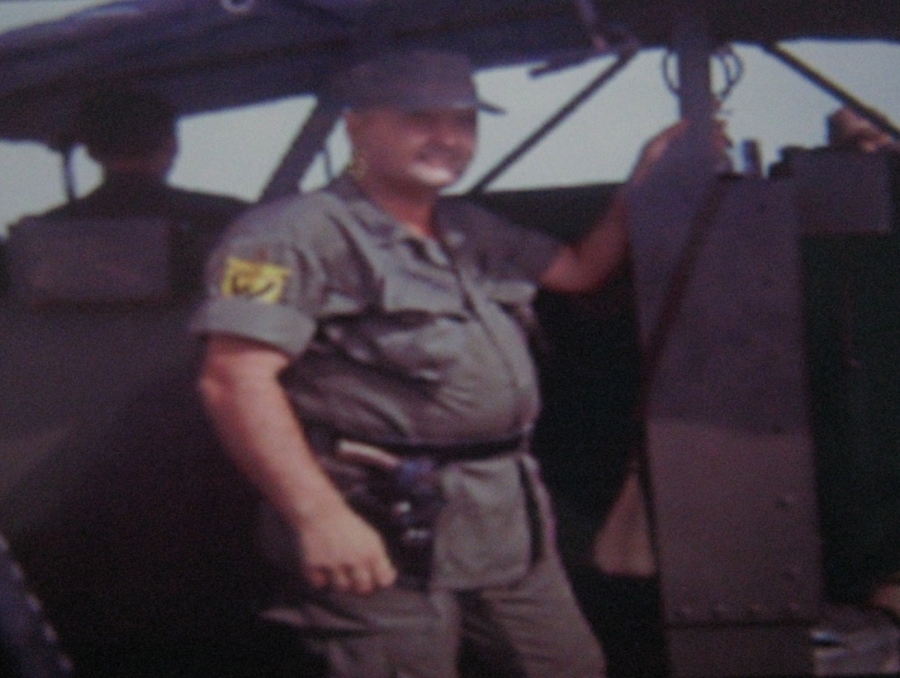 Charles made more than 300 combat tours as a “Brown Water Sailor” up the rivers and canals of Vietnam searching for the enemy. He was a member of US River Division 593. Photo provided

“I left South Vietnam in May 1972. Some 15 months later the country got run over by North Vietnam,” he said. “Toward the end of my stay, I had the feeling things in South Vietnam just weren’t good. It wasn’t just me, everybody knew something wasn’t right.

“On the way home I wound up in the civilian airport in San Francisco. We got showered and shaved and changed into our dress uniforms. I was in a lounge in the airport at 2 a.m. having a drink, but none of the civilians would talk to you. It didn’t feel very good.”

Things improved radically for the returning warrior when he stepped off the plane in Boston.

“My wife, Martha, sister-in-law and brother were there to meet me. It was much better in Boston,” he said remembering the incident more than 40 years ago.

Charles joined the Navy in 1950, right out of high school. By the time he returned from Vietnam he had decades in the service and was thinking about getting out. Then he was offered the perfect job to round out his 22-year Naval career.

“I had an amazing Naval career. But I have to mention I had a wife and three children who provided a lot of support. That helped a lot,” Charles said.

He and Martha moved to El Jobean, a wide spot in the road, along the Gulf Coast west of Port Charlotte. They have lived in the little waterfront community for the past 25 years. The couple has three children: Sharon, Everett Jr. and Douglas.

Click here to view Charles’ collection in the Library of Congress.