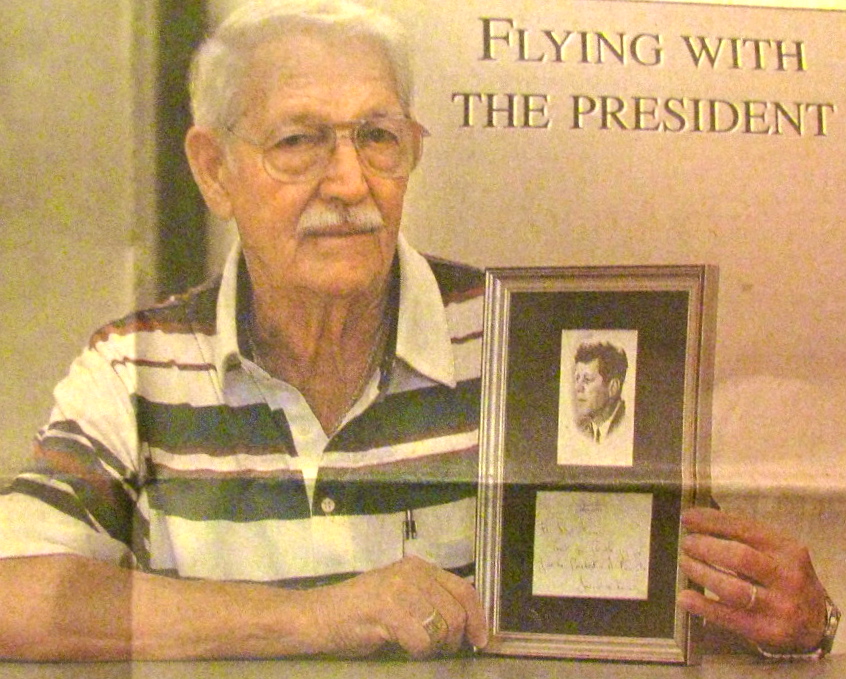 John Hames of Port Charlotte, Fla. holds a framed thank-you note from Jacqueline Kennedy he received from the former first lady. Above is the president’s picture. Sun photo by Paul Schmidt

When President John F. Kennedy and Jacqueline flew to Dallas 40 years ago on a campaign swing through Texas, Sgt. John Hames was the flight steward aboard Air Force One.

The retired airman was a 28-year-old staff sergeant at the time in charge of seeing that the presidential airplane was properly loaded and supplied with enough food and drink for the trip. As flight steward, he was also responsible for seeing to the needs of all those aboard the aircraft.

“Everybody on the airplane was in a good mood that day as we flew down to Dallas,” the 68-year-old Port Charlotte, Fla. man recalled. “As a matter of fact, after the stop in Dallas, Kennedy was going to spend the weekend at LBJ’s ranch after the parade in Dallas.”

Lyndon Johnson flew from Washington to Texas in a second airplane. The vice-president and the president do not fly in the same airplane together.

Jackie was aboard in her light-pink suit with matching pillbox hat. Flying with the Kennedys was Gov. John Connelly of Texas and his wife.

The presidential entourage flew into Love Field at Dallas-Fort Worth. JFK and his contingent headed out for a day of politicking. The next day, the president and the governor were to be the main focus of attention in a Dallas parade. 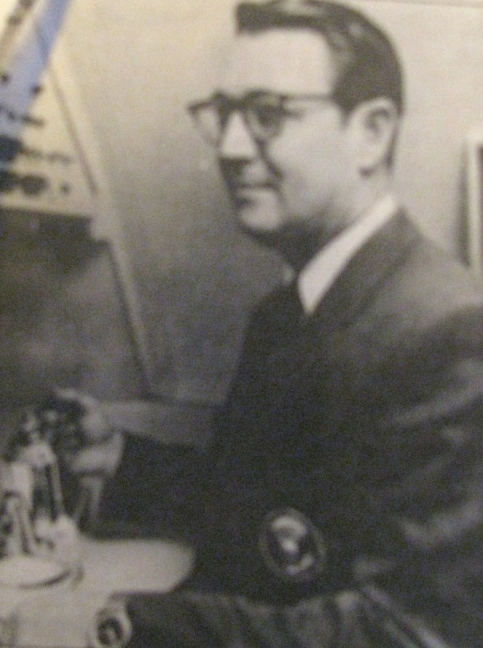 John Hames was a steward aboard Air Force One for 15 years. He served four presidents. When this picture was taken he was in his 20s and John Kennedy was president. Photo provided

“We had just finished our work getting Air Force One ready to fly on to LBJ’s ranch. We were listening to the chatter from the presidential motorcade on the Secret Service radio we had aboard the airplane,” Hames said. “It was about that time we heard that the president had just been shot and they were taking him to a local hospital.

“After that we turned on the TV aboard the plane. Nobody on Air Force One could believe the president was shot. Pretty soon we got word the president died and we were going to take the body back aboard Air Force One and fly it to Washington with us.

“It seemed like forever before Jacqueline returned to the airplane with her husband’s body. Actually it was only a couple of hours. It was in the late afternoon when they arrived along with LBJ and the rest of the presidential staff.”

As Hames recalls, the bronze colored casket of the dead president was lifted aboard Air Force One by a group of men who brought it up the movable metal steps into the rear of the plane. Before the fallen president and his wife arrived, the steward and a small army of workmen removed a bulkhead and four seats, usually reserved for members of the press, to make room for the casket.

“I remember they broke one of the handles off his casket trying to get it through the rear door of the Boeing 707. I put the broken handle with the casket when they took it off at the airport in Washington after we arrived.” 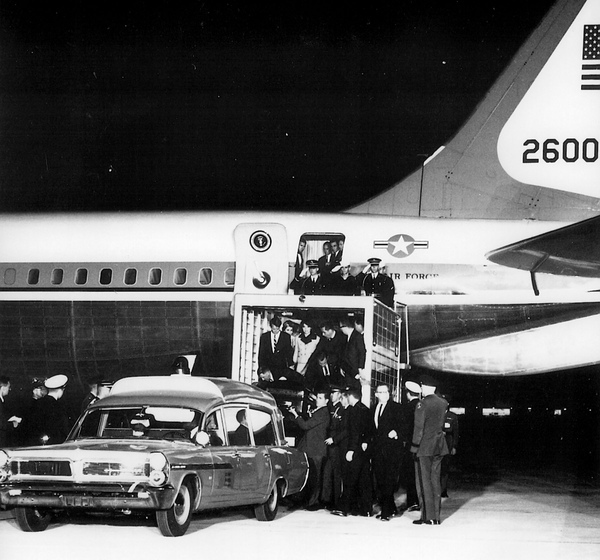 While this was going on, Lyndon Johnson and his wife, Ladybird, boarded Air Force One through the front side door and headed for the presidential conference room near the cockpit. A few minutes later, LBJ requested Jackie’s presence at a hastily called swearing in ceremony held in the front of the plane.

There stood the towering Texan in the middle of a crowd of people packed into the conference room watching history being made. As the incoming president raised his right hand with his left hand on a Bible, he was sworn in by a local judge brought aboard for the occasion. Ladybird stood at his right and Jackie, in her blood-drenched pink suit, at his left in reserved silence.

“On the way back to Washington, the only thing Mrs. Kennedy requested was a glass of water. She refused to change her blood-stained clothes. She wanted everybody to see the blood on her clothes and realize what happened to her husband in Dallas,” Hames said.

On the flight back she sat beside the body of the murdered president. With her were some of her closest aides who made the trip with the First Lady. They talked softly among themselves.

It was only a two-hour flight from Dallas to Washington, but Hames said the other day, “It was the longest two hours I ever spent in my life. We were in the rear of the plane with Mrs. Kennedy and her friends and the dead president’s bronze casket.

“When we landed at Andrews Air Force Base in Washington, it was getting dark. They decided to use a high-lift truck to take the president’s casket off the plane. Jackie accompanied her husband’s body on the lift.”

When the truck bed was lowered, Bobby Kennedy was waiting for her. The younger Kennedy, who was U.S. Attorney General, accompanied his sister-in-law to a waiting limousine.

After the slain president, the new president and the rest of the people who comprised the presidential party left Andrews Air Force Base, Hames had the sad responsibility of collecting all of Kennedy’s effects and removing them from Air Force One. He put them in several boxes and sent them on to the White House. 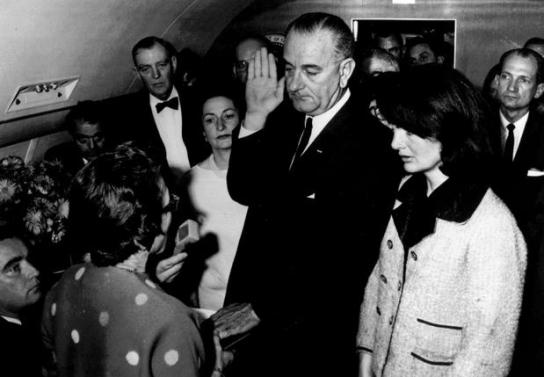 Vice-president Lyndon Johnson is sworn in as president aboard Air Force One as the presidential jet sits at Love Field at the Dallas-Fort Worth Airport. To the new president’s right is his wife, Ladybird, and at his left is Jacqueline Kennedy. Photo provided

“Thank you for the joy you gave the President in Air Force One.

Today this card together with a black-and-white picture of the 35th president of the United States is framed and matted and hanging in a prominent spot on a wall of Hames’ Deep Creek home. It’s one of his most treasured possessions.

This story was first published in the Charlotte Sun newspaper, Port Charlotte, Florida on Sunday, Nov. 29, 2003 and is republished with permission.