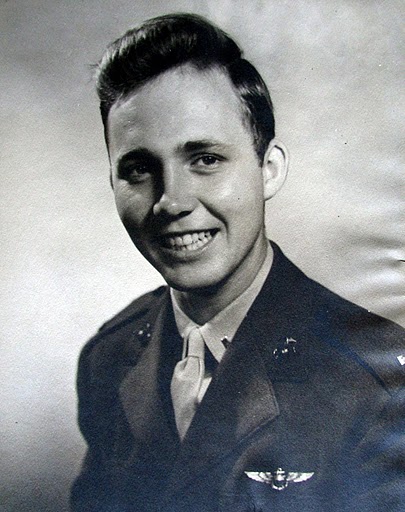 Frank Bloom joined the Marine Corps Aviation Cadet Program while still in high school and learned to fly F4U Corsair fighters during World War II. He was called back during the Korean War.

“I always felt guilty I didn’t fly them in combat,” the 87-year-old Heron Creek resident who has lived in North Port for the last decade explained.

“When I joined the Marines in 1943 I was sent to school at Howard College in Birmingham, Ala. for training. Today the school is called Stanford College. After my initial schooling I took pre-flight training at Athens, Ga. and went on from their to take my basic flight training in Oklahoma where I got my wings,” he said.

“By the time they pinned my wings on me the war was over and I was sent home. I took the G.I. Bill attended Loyola University in Chicago and graduated with a degree in chemistry,” Bloom said.

“I had just graduated from college and started to work when the Korean War came along,” he said. “After the Second World War I joined the Marine Corps Reserve. So when the Korean Conflict happened I found myself back in the Corps flying F4Us once more.”

The second time around, Bloom started flying Corsairs out of the Pensacola Naval Air Station, headquarters for Naval Aviation for almost a century. 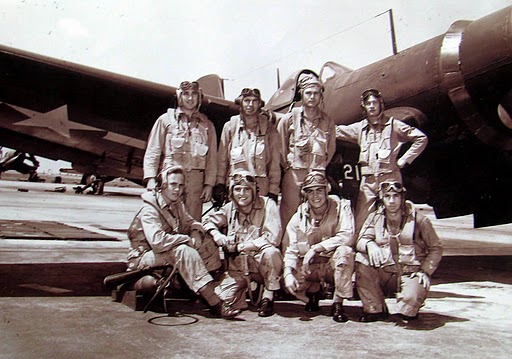 Frank Bloom is seated in the front left in front of an F4U Corsair fighter plane along with other members of his squadron. The picture was taken at the Jacksonville Naval Air Station. They were practicing carrier landings,. Photo provided

“My squadron was flying from Miami to Pensacola and landing on the real short runways at Pensacola when tragedy struck. The guy in front of me in that flight of F4Us was a kid I had gone to kindergarten with.

“He landed hot–too fast–and his Corsair ran into the bay, flipped over and he drowned,” Bloom said with a pained expression more than half a century later. 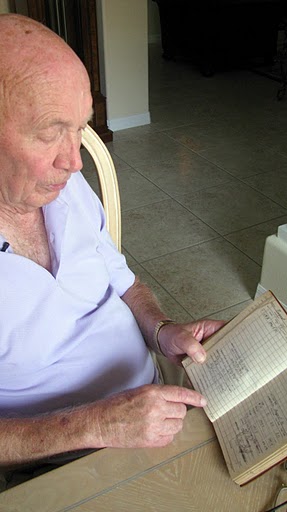 Bloom looks at his 65-year old flight log he kept while flying his Marine Corsair. Sun photo by Don Moore

Corsairs were tricky airplanes to fly. If they went into a spin for lack of airspeed they were hard to bring them back under control.

“I had another friend whose Corsair spun out and he was forced to jump. He thought he was going to be cut in half if he got hit with the tail of the out-of-control F4U. The fighter plane’s tale hit him on the way down, broke completely off but he survived” Bloom recalled.

Flying Corsairs with major league baseball star Ted Williams out of Cherry Point, N.C. was an added bonus for him.

“Ted was a pretty nice guy around us,” Bloom said. “I once flew with him from Cherry Point to Chicago, but I never went fishing with him,” he added. “He knew how to fly that airplane from one end to the other.”

After Korea, Bloom went to work in his father’s ink business. The senior Bloom had a small firm that made printing press ink. Eventually Frank took over the business from his dad, but he couldn’t make a go of it.

The younger Bloom went in the printing business himself, but the Japanese were able to undercut his prices and drove him out of business. After that venture he was much more successful making colored plastic bowls he sold around the country.

He and his second wife, Elizabeth, moved to the North Port area a decade ago. He has two children: Clifford and Claudia.

This story was first published in the Charlotte Sun newspaper, Port Charlotte, Fla. on August 1, 2011 and is republished with permission.