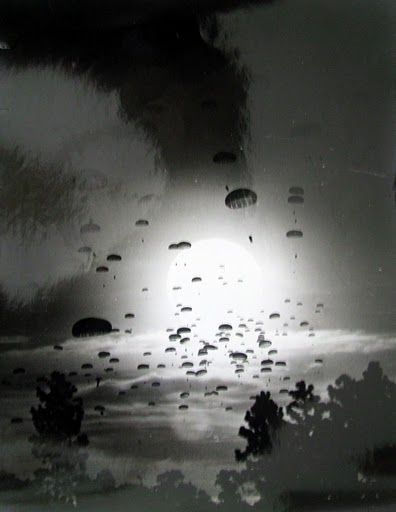 When Randy White went into the Army and eventually joined the 325th Paratroop Regiment in 1955 his unit was a far cry from the one that flew into Normandy, France in gliders on D-Day to fight the Germans.

“There was nothing going on in the Army. It was very quiet,” the 76-year-old former 82nd Airborne trooper recalled. “I had just completed my first year of college in Boston. I signed up to take advantage of the college benefits the Army would provide when you got out.” 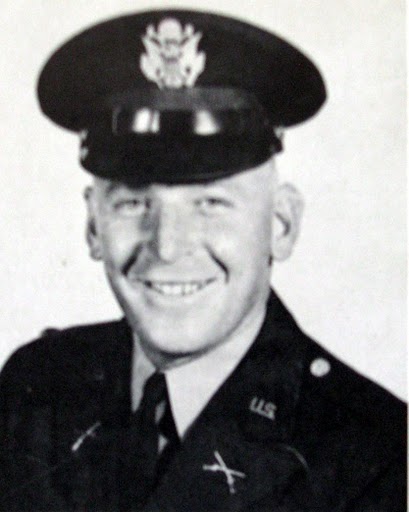 This was White when he graduated from OCS at Fort Benning, Ga. early in his military career. Photo provided

After basic training at Fort Dix, N.J. White decided to go to Officers Candidate School in Fort Benning, Ga. Six months later he graduated from OCS a 2nd lieutenant and a gentleman.

From there it was on to Airborne.

“After OCS most of us elected to go to Airborne School at Fort Bragg, N.C. I think we all got into Airborne because of the challenge. The Airborne was an elite force with all volunteers. The people you were serving with were all there because of desire,” he explained. 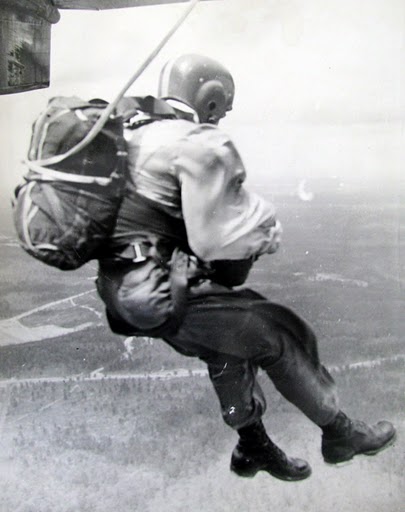 A  trooper had to parachute from an Army airplane every 90 days to earn his jump pay. This is White or one of his buddies doing what by this time had became natural over the Bragg jump zone. Photo provided

The Army paid Airborne troopers extra for jumping out of airplanes.

“I remember one Sunday when we were jumping at Bragg.One of my fellow officers’ chute didn’t open properly. He wasn’t injured, but he was scared,” he said. “The way the Army works, you have to jump every three months to collect your jump pay. He just couldn’t do it. He kept stalling and finally they court-martialed him. 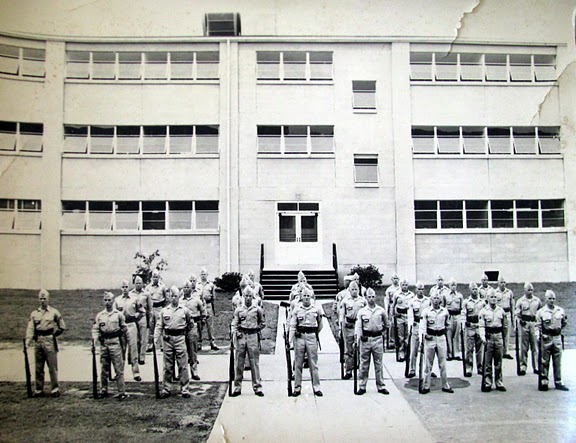 “I was at Bragg when somebody got their suspension line caught under their back pack. They jumped out and ended up trailing behind a C-119 transport,” White said. “Someone finally looked out and saw they were towing a trooper by his suspension line.

“Problem was they didn’t know whether the soldier was alive or dead, so they couldn’t cut him loose. The C-119 circled the field for a good hour after we jumped. They foamed the runway at Fort Pope (next to Fort Bragg) and landed dragging the trooper behind them. He was okay,” he said. 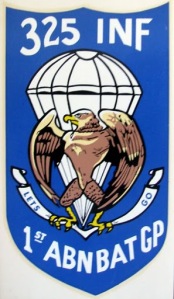 White was a member of the 325th Airborne Infantry Regiment. It was part of the 82nd Airborne Division based at Fort Bragg, N.C. Photo provided

“Sometime while I was at Bragg we went on Command Post Exercises. We took all the 82nd Airborne Division’s trucks and other equipment down south through Louisiana, We didn’t have the troops but we had all their equipment,” White remembered.

“In route one night about 10 or 11 p.m. I stopped at a diner to get some coffee and sandwiches for the troops. Problem was one of our soldiers was black and they wouldn’t serve him at this diner,” he said. “I got in a big confrontation with the owner of the restaurant. I told him, ‘This soldier would go to war and fight for you and you can’t sell him a cup of coffee and a sandwich?'”

White and his troops left and went elsewhere where the black soldier was served..

“After my time in the regular Army I joined the Reserves. I didn’t care much for the Reserves after serving in the 82nd Airborne,” he said. “I went to my first summer camp with the Reserves and was told, ‘You can’t wear those black jump boots and tailored fatigues.’

“I told them, ‘You know you take away a soldier’s pride. I don’t want anything to do with you.’ That was it. I got out of the Reserves,” White said. “That is not in any way to denigrate the Reserves. They do a hell of a job,” he added. 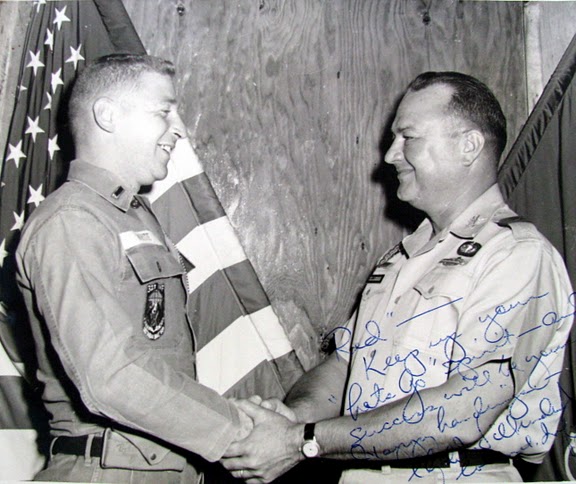 Randy White (left) is congratulated by Col. Gettys, his regimental commander, upon being promoted to First Lieutenant. Photo provided

After his Army service White took advantage of the G.I. Bill and went back to college. He graduated with a degree in Business. For 50 years he was a marketing consultant and ran his own consulting firm. He worked for Sylvania, Alcoa Aluminum, Saab Motors and other firms over the years.

“I decided one day in ’96 or ’97 when I was shoveling three feet of snow off the roof of my home outside Boston, it was time to go south,” he said.

He and his wife, Patricia, moved to Port Charlotte in 1998. They have a grown son and daughter: Lee and Cheryl.

This story first appeared in print in the Charlotte Sun newspaper, Port Charlotte, Fla. on Friday, May 26, 2011 and is republished with permission.