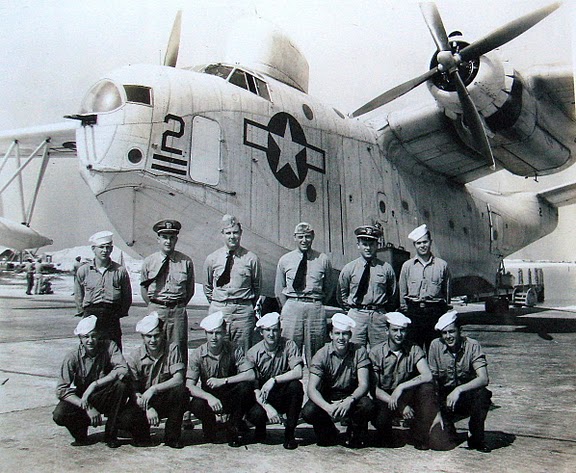 Lt. Joe Pendrak pictured in the back row standing third from the left. He was the pilot of this Martin Mariner PBM “Flying Boat” with its crew of 13. They were part of Navy Squadron VP-215 flying out of Bermuda when this picture was taken during World War II. Photo provided

Joe Pendrak spent his time flying a twin-engine Martin Mariner PBM Seaplane on submarine patrols and convoy duty in the Atlantic and Caribbean during World War II. His squadron, V P-215, was assigned to Bermuda part of the time.

“We got a briefing from our intelligence staff that a German submarine was in the waters we patrolled. We were told the sub was carrying an individual the enemy planned to drop off somewhere along the coast of the United States,” the 91-year-old former Naval aviator who lives in Port Charlotte, Fla. said. “They didn’t want this individual to reach the States.

“We were told between midnight and 1 a.m. the German sub would surface in the Atlantic Ocean and enter the Caribbean Sea between the islands of Dominica and Martinique. They even knew the the German sub captain’s name and the number of crewmen aboard,” he said.

“Our orders: ‘Sink the sub or disable it!’ “We reached the patrol area around 10 p.m. and dropped a pattern of sonar buoys on each side and in the passageway between the two islands. These buoys would detect the presence and location of the enemy sub,” Pendrak explained.

“Our radioman picked up the German sub about 11:45 with the buoys we dropped as we circled overhead. The enemy submarine was surfaced heading for the passageway between the two islands,” he said.

Pendrak flew the big twin-engine flying boat toward the rendezvous with the sub. They reached the area where the radioman said the sub should be and released two flares. 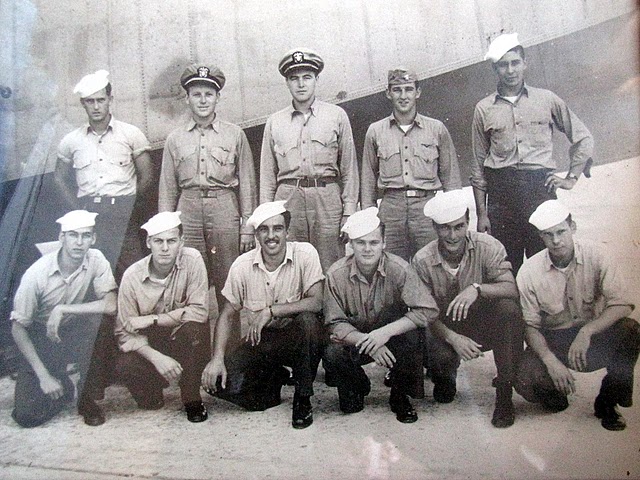 This is the crew Pendrak normally flew with during the Second World War. He is standing third from the left in the back row. Photo provided

“When the flares ignited about a mile in front of the sub, we could see it on the surface getting ready to dive. As it submerged we dropped two torpedoes mounted on our wings and waited,” he said. “We heard the torpedoes explode and debris was spotted floating on the surface.”

After the explosion the radioman aboard their plane could not pick up anything that sounded like an escaping German sub.

“Some weeks later I was told, during another intelligence briefing, that the sub we attacked was damaged. A second German sub rescued most of the crew and the submarine we fired our torpedoes at was intentionally sunk,” he said.

The most amusing story to come out of World War II involving Lt. Pendrak had to do with a rescue assignment his flying boat crew was involved with. At that point he was flying out of Trinidad looking for subs and flying convoy duty.

“Our crew was assigned to pick up civilians at night off the coast of Dutch, French and British Guyana along the northern part of South America,” he said. “I made three trips and picked up women and children from boats just off the coast who I believed had connections with the British embassy.

“Flying out of Trinidad we were told to rendezvous with them about five miles off the coast of British Guyana. The weather was terrible, but we picked up three women and a bunch of children who were waiting for us in an open boat.

“I had hardly gotten airborne with the women and children when my flight captain came to me and said, ‘One of the women wanted to talk to me. It was important.’

“I told the captain, ‘I was too busy flying the airplane to talk right now.’ He replied, ‘The woman said what she had to say was terribly important.’

“I agreed to talk to her immediately.

“When she reached the cockpit she explained she needed a bathroom now. She had to go,” Pendrak recalled with a smile.

“We had no facilities aboard our plane. We used a bucket back in the waist between the two side gunners,” he said. “They brought her back to the bucket and held up a blanket she could hide behind that shielded her.” 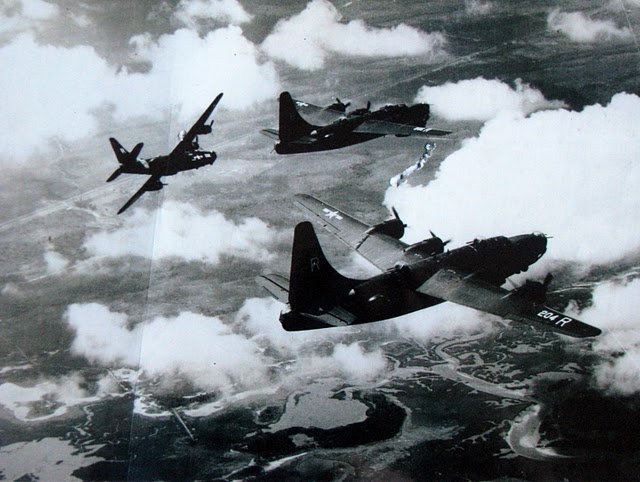 Cmdr. Joe Pendrak is at the controls of the PB4Y Privateer sea plane that is pictured turning off course somewhere over the US after the war. He served in the Naval Reserve for years after WWII. Photo provided

Convoy duty was something else again. Flying out of Bermuda with his Martin Mariner seaplane, Pendrak and his crew flew cover for convoys headed for England with goods and men for the war in Europe.

“We picked up convoys in Bermuda and took them halfway to England. We were relieved 10 hours out of Bermuda and another patrol plane took over protecting the ships during the final leg,” he said. “Several times we flew so far east we could see the barrage balloons along the English coast. On occasion we would run into enemy subs or wolf packs during the flight.

“We dropped depth charges on the German subs and called in the destroyers that accompanied the convoy. We had four depth charges–two under each wing,” Pendrak said. 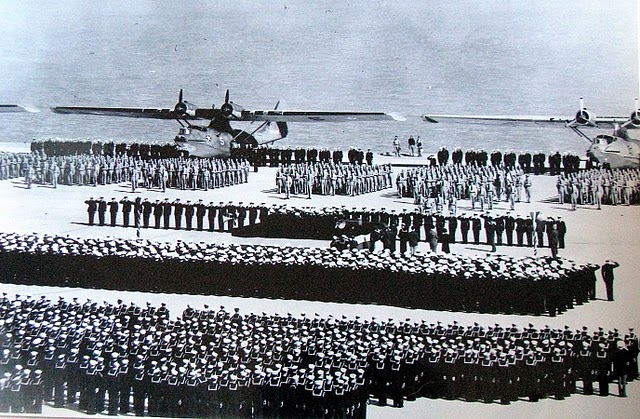 The graduating class at the Navy flight school at the University of the Air in Corpus Christi, Texas is shown during graduation. Pendrak is in the photo somewhere. Note the PBY patrol plane on the beach. Photo provided

By the time the war was over Pendrak had relocated to the Naval training base at Corpus Christi, Texas as an instructor pilot.

“My job was to teach aviation cadets how to make water landings. I was in the control tower when I remember someone saying, ‘They dropped the Atomic Bomb on Japan.’

Having just graduated from Massachusetts State College with a teaching degree in math and English when he entered the Navy shortly after the Japanese bombed Pearl Harbor, Pendrak was ready to try civilian life when the war ended. He went to work as an assistant to the sales manager and eventually the president of Warner Laboratories, a pharmaceutical firm that specialized in developing vitamins.

He and his late wife Marion came to Florida in the late 70s and built a home in Port Charlotte were he has lived for the past three decades. He has two children: Joe Pendrak Jr. who lives on the East Coast and Gail Short, a daughter, who lives a couple of doors away.

This story was first published in the Charlotte Sun newspaper, Port Charlotte, Florida on Monday, Dec. 20, 2010 and is republished with permission.