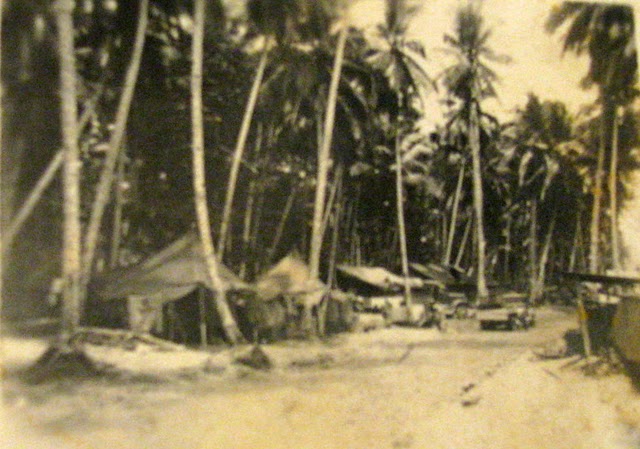 When Cpl. Kermitt Hampton’s landing craft hit the beach on New Britain Island in the South Pacific during World War II the Japanese knew they were coming and had a deadly trap waiting on the beach for the American forces.

“It was 5 a.m. on Christmas Day 1943 and the weather was stormy. The boat I was in was supposed to be in the third wave that came ashore, but it got caught by a wave and was pushed ashore first,” the 87-year-old former construction engineer from Deep Creek, near Punta Gorda, Fla.  said. “When the gate on the front of the landing craft dropped down the Japs opened fire. All the guys trying to make it out the front of the boat didn’t make it.

“I went over the side of the landing craft into the water and crawled up onto the beach. In the distance I could see seven or eight Jap machine-guns shooting at us. I laid there on the beach for a while till my nerves settled down. I finally figured out I might be able to knock off the Jap machine-gunners with my M-1 (rifle) and stop the slaughter,” Hampton said. 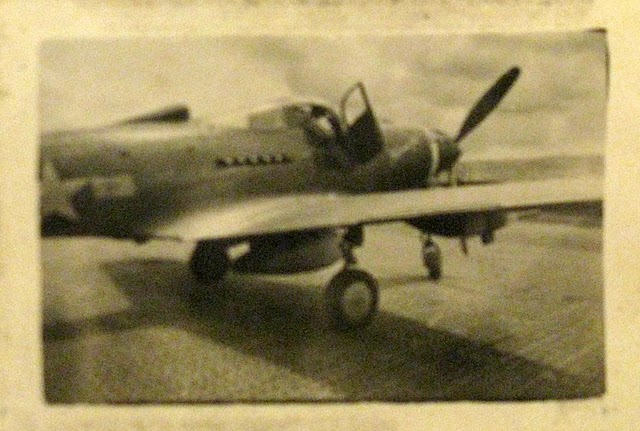 This American P-39 Air Cobra fighter plane is parked on the air strip on New Britton Island in the South Pacific. Photo provided

“I fired three or four shots at the enemy gunners,” he said. “All but one of the machine-gunners quit firing at us. Other people were firing at them, too, so you were never sure who got them,” he added. “We pushed the Japs off the beach in a day or so. Two days later I went back to where we landed and discovered that the only machine-gunner I couldn’t stop when we came ashore was in a concrete pill box. The fortification was pockmarked with our rifle bullets.”

More than 65 years later the old soldier is still haunted by what happened to his buddies in the LCM (landing craft) that lead the way during the American assault on New Britain Island in the Solomons.

“The Japs knew everything about our landing on New Britain. Tokyo Rose announced the numbers of the units that were coming ashore. They had good intelligence,” Hampton said.

His unit, B-Company, 864th Engineering Aviation Battalion, was attached to Gen. Douglas Mac Arthur’s forces in the South Pacific to build air strips and refurbish enemy runways abandoned by the Japanese. He became an expert at it.

The 864th struggled for two months trying to rebuild an enemy runway in New Guinea during its first landing. It was a tough job because they were working in a quagmire and had to cope with mud that swallowed up the steel matting they laid over the original Japanese dirt strip.

From New Guinea his unit moved on to New Britain where the fighting was fierce, but the airstrip building was better. Their main problem was the daily enemy attacks on the field they were trying to build. 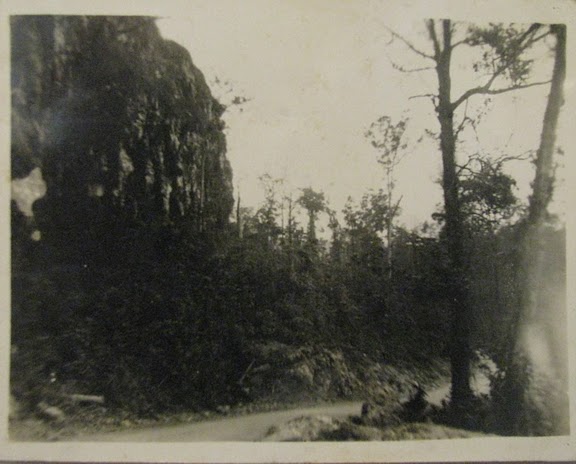 These were the cliffs on Biak Island, east of New Guinea that the Japanese hid in keeping America forces at bay for several months. Photo provided

“For 42 days we were bombed on New Britain by the Japs day and night. We had no idea where the enemy planes were coming from until one of our little spotter planes saw an enemy plane take off from a runway we didn’t know existed on the other side of the mountain that divided the island,” Hampton said. “We called in our bombers and that stopped the enemy attacks.”

From there his company moved to Biak, an island just to the east of New Guinea.

“Our Rangers had been there nine days earlier. They reported there were no Japs on the island,” he said. “Our unit went in after the infantry landed and were immediately told our boys were getting their butts kicked by the Japs. The enemy had taken up positions in 300-foot tall cliffs a couple hundred yards inland,” he explained.

He and his unit and the rest of the infantry were pinned down on the beach for a month slugging it out with the Japanese who were hiding in caves and crevasses in the hills overlooking the beach.

“My captain moved his company to a little unnamed island a short distance away. He wanted me to build an airstrip on the 1-mile by 1 ½ mile island,” Hampton said. “Six days, six hours and 10 minutes later the job was done.

“The day we finished the preliminary work on the airfield six P-38 “Lightning” twin-engine fighters circled the island. They had gotten in a fight with the enemy and were forced to drop their belly tanks and didn’t have enough gas to make it back to base,” he said. “One guy in the P-38 formation broke out of the pattern and landed on the runway.

“Quick as he got all the fighter planes on the ground he come over to me and asked, ‘Who’s in charge?’ I told him I was. He was a colonel and replied, ‘A corporal is in charge?’ I explained I worked for our company commander who was a captain.

The colonel borrowed Hampton’s Jeep and went looking for the company commander. When the colonel and the captain returned to the fighters parked along the new runway they had two trucks filled with 55-gallon drums of gasoline. 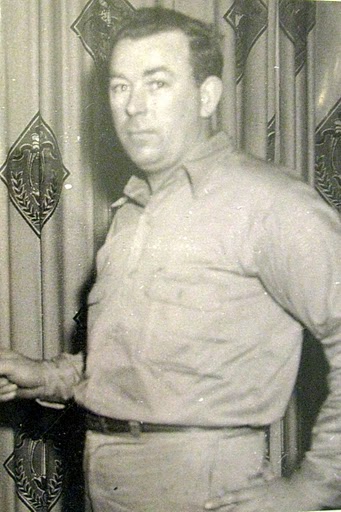 This picture of Kermitt Hampton was taken several years after the end of World War. Photo provided II.

“They off-loaded the fuel one bucket at a time and poured it into the tanks of the P-38s. Late in the afternoon they took off with their tanks full,” Hampton said. “After circling the field the colonel broke formation and flew his fighter about 15-feet above the runway. When he got even with me he saluted.”

Some time later a story appeared in Stars & Stripes, the daily paper for the military, quoting the colonel who praised Hampton for providing his fighter squadron with a safe place to land and refuel in the middle of the South Pacific. He had a copy of the story he kept for decades in a safe place until he lost it.

At war’s end the 864th reached the Philippines. Hampton made it back to the States in January 1946. He returned to his home in Jeremiah, Ky. and worked at several jobs until he went to work for General Motors were he remained for 37 years until he retired. 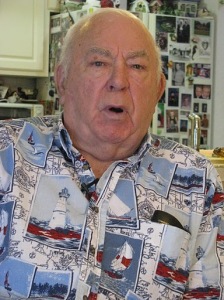 This story was first printed in the Charlotte Sun newspaper, Port Charlotte, Florida on Monday, August 23, 2010 and is republished with permission.

Click here to view the collection  in the Library of Congress.