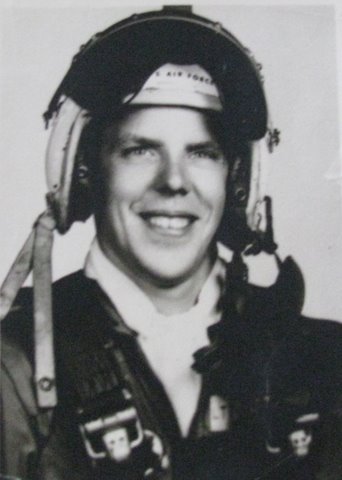 This was Neil Kennedy in his 20s shortly after he took his first flight in a jet fighter in 1958. He was flying an F-80 Shooting Star.

Capt. Neil Kennedy flew a KC-135 jet tanker in Vietnam War and continued to pilot the same flying gas station for the Strategic Air Command after the Southeast Asian war. He retired in 1991 as a brigadier general after 32 years of service in the U.S. Air Force and the Air Force National Guard and moved to Calusa Lakes subdivision in Nokomis, Fla.

“I volunteered for the Vietnam War in 1966 and flew with the 28th Air Refueling Group out of Ellsworth Air Force Base in South Dakota. We flew modified versions of the Boeing 707 airliner,” the 75-year-old former pilot explained. “We flew our tankers out of Okinawa to Vietnam mostly. Other units flew from the Philippines and Thailand and we were stationed overseas for three to six months at a time.”

“I flew 103 refueling missions in the combat area during the Vietnam War. We flew above the flak from enemy anti-aircraft guns,” he said. “We normally refueled planes at an altitude of 14,000 to 15,000 feet, which was out of the range of the enemy artillery. Our main concern was SAM, ground to air missiles. Fortunately I didn’t get hit.”

It was American fighter pilots and fighter-bomber pilots that caught hell from enemy ground fire when they flew down and dirty on search and destroy missions. 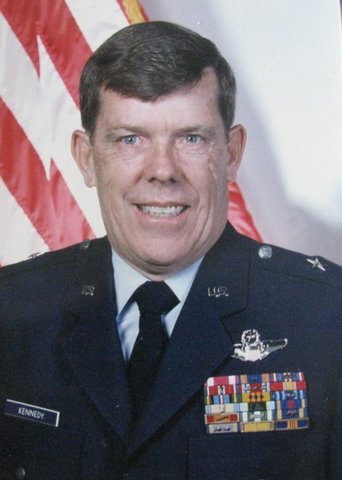 This was Neil Kennedy’s file folder picture when he made brigadier general in 1989.

“One of the main problems for our fighter pilots over there was they would hit the same targets day-after-day. As fast as they would knock a target out the enemy would rebuild it,” Kennedy said. “In addition, the enemy knew when we were coming to bomb them and they would put up a wall of ground fire from artillery batteries, machine-guns, pistols, rifles — anything that would shoot and our pilots would have to fly through it.

“On one of our refueling flights we heard this guy in an F-105 saying on the radio, ‘I need a tanker immediately!’ We spotted him, turned into him and hooked up,” he said. “When he pulled up to our boom hose to refuel we could see he had shell holes all through his wings. We were pumping gas into him and he was throwing it overboard from the holes in his wings as quickly as we pumped it in.

“He was essentially out of fuel, so we keep him hooked to our boom for 45 minutes and flew him back to base trailing behind us. When we came over the base we punched him off our boom and he was still under power so he glided in for a landing,” Kennedy recalled.

He came back from Vietnam after his tours of duty over there and got a lousy reception from many Americans for taking part in the war.

Kennedy talks about his 32 year military career in the U.S. Air Force. He’s holding a picture of himself when he became a brigadier general. In front of him is a model of a KC-135 tanker like the one he flew in the Air Force. Sun photo by Don Moore

“Vietnam veterans took a beating from the general public for that unpopular war. There were street demonstrations against us when we returned. The Jane Fonda’s of the world were talking to the enemy. It was a turbulent time in this country. We were just trying to do what we thought was right,” the old soldier said.

Better times were on the horizon for the career military officer. After Vietnam Kennedy returned to the 28th Squadron at Ellsworth Air Force Base. By this time he had made major.

Although Gen. Curtis Le May, the legendary, four-star general who ran SAC for decades, was a little before Kennedy’s time, America’s Strategic Air Force was still much under the spell of the World War II Air Force commander. SAC’s mission was to  deliver a fatal load of nuclear bombs to a number of enemy cities any place and any time worldwide, if need be.

“In the 1960s Le May had SAC bombers airborne all the time. They were filled with hydrogen bombs with multiple nuclear warheads that could destroy a number of different cities with a single bomb,” he said. “His idea was that the Soviets would not be able to catch our bombers on the ground and knock out our strategic force with a single first strike. There were B-52s and B-47s circling over us all the time.”

On occasion Kennedy would get to pilot a B-52 in one of Le May’s war games.

“We’d take off from a SAC base at Rapid City, North Dakota and fly northeast toward Boston. Then we’d fly on to Tulia, Greenland, north of the Arctic Circle. From there we’d turn west and fly across Alaska and south down the Pacific Coast returning to the United States and our original base in a little over 24 hours,” he said.

Most of the time his unit was busy refueling SAC bombers as their crews practiced to blow up much of the world on Doomsday. In order to fly these long distances non-stop the strategic bombers had to gas up along the way and that was Kennedy’s primary job while in the Air Force.

Twice a year his unit would go to Omaha, N.B., SAC’s headquarter, for a biannual pep talk and general briefing of all the top brass in the command.

Neil and Lou Kennedy and his elder son Timothy, who is a career Air Force Master Sergeant and radioman serving with Special Operations.

“Coming from a little town north of Pittsburgh, Pa. it was a very humbling experience attending this meeting with the commanding four-star general of SAC and all his staff sitting at this huge table,” Kennedy said. What always comes to mind when I think of SAC headquarters is the chapel out there with its huge stain-glass window of an aviator standing there holding his flying helmet. I’ll never forget that window till the day I die.”

In 1989 Kennedy hung up his spurs. By then he had become a brigadier general in command of the 170th Air Refueling Group out of McGuire Air Force Base in New Jersey. Even though he wasn’t flying for the Air Force, his flying days weren’t over.

He went to work as a Pan American pilot flying a 707 passenger jet around the world, something he had always wanted to do. This is the civilian version of the KC-135 he flew during his military career.

“I flew to Europe in the summer, when it was hot, and South America in the winter, when it was cold,” he recalled with a smile. “Every month we’d get to pick where we wanted to fly the next month. I had enough seniority I could pretty much fly where I wanted.”

The military is not only in Kennedy’s genes, but also in the genes of his sons and grandson. His youngest son, Patrick, is a colonel in the Air Force. His oldest boy, Timothy, is a Special Operations sergeant and radioman in the Air Force who flies on secret missions around the world. Then there is Airman 1st Class Justin Stroh, his grandson. He has served a couple of tours in Iraq and Afghanistan and is serving there now.

He and his wife, Lou, live in Calusa Lakes. Kennedy spends much of his time on the golf course. Looking back on his three decades of service in the Air Force he said, “I wouldn’t trade a single minute of my career for anything. It was very satisfying and humbling to be able to do all that. 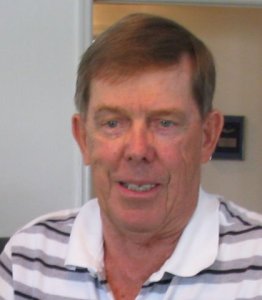 This story first appeared in print in the Charlotte Sun newspaper, Port Charlotte, Florida on Friday, July 29, 2010. It is republished with permission.