This was Tyler Crane of Port Charlotte when he joined the 101st Airborne Division at Fort Campbell, Ky. From there his unit was sent to to Afghanistan to protect the Khyber Pass from smugglers. Photo provided.

Tyler Crane of Port Charlotte spent nine years in the Army. Some of his service was in Iraq and Afghanistan. He was there until injured by a suicide bomber who drove a truck into their firebase in the Khyber Pass in Afghanistan and blew himself up.

That ended Crane’s Army career. He was close enough to the blast he was blown off his feet by the concussion and severely injured his back. After months in recovery he was phased out of the Army because of his injuries.

His job in Iraq was to provide protection for people who were rebuilding the country or provide medical treatment for the civilians in and around Bagdad. His mechanized squad would patrol the area in a half dozen heavily armored vehicles called MRAPs (Mine-Resistant Ambush Protected) vehicles.

Looking back on his time there he said, “The enemy paid these poor people to shoot at us from time to time. “We’d take a few enemy pot shots, but we were so restricted in returning fire we could hardly do anything.” Crane holds a captured Afghanistan flag he picked up while fighting with the 3rd Army. Sun photo by Don Moore

The enemy wasn’t restricted to an occasional shot or two at the American forces in Iraq. The biggest problem Crane and his fellow soldiers had to cope with in Iraq were IEDs—Improvised Explosive Devices. They would bury them in roads traveled by U.S. forces and when they ran over them with their vehicle they would explode.

“I ran into my best buddy in high school in Iraq. He told me he and his unit had just finished a route cleaning patrol on a road out of Bagdad we were going to drive on. We hadn’t gone three miles on the road my friend had just cleaned when we hit an IED.

“The explosion damaged our truck, but we were securely strapped into the vehicle and the three of us in the MRAP weren’t hurt.“

What was you worst day in Iraq?

“Picking up trash,” Crane said. “The higher-ups in the military were focused on looking good and looking pretty. They would have us out there in full battle dress picking up trash that had blown across the street from the dump into our concertino wire surrounding our area.

“A general or a congressman would be coming to our area and they would have us out there mopping the sandbags. We’d get all the dirty sand off the sandbags.

“In my opinion, politics and political correctness out-weighed the real facts of the Iraq War,”

Crane said. “If yow want to win a war you can’t tie the hands of the people fighting for you. They forgot what makes the military great. It was the bunch of guys out there sacrificing everything as enlisted men.

He came back to the U.S. from Iraq after a year and reported to Fort Campbell, Ky., home of the 101st Airborne Division. Crane went there to get trained in airborne operations and said it was awesome.

“I joined a battle tested unit that knew what it was doing,” he said. “The leadership was good. There was a different atmosphere than in the 3rd Army in Iraq.

“In November 2012 we went to Afghanistan. Our mission was working with agents from customs and border patrol.

We provided them with protection and secured the Khyber Pass between Pakistan and
Afghanistan. The 101st. was put in the pass to stop anything or anybody from being smuggled through there. I was at Firebase Torkham at the pass.

“On Nov. 22, 2012 I reenlisted for six years. The next day I was working at the entry control point in the firebase.We had only been in country about three days. We were working with Afghan security guards who were guarding one of the two entries to our firebase. As I walked down to the gate secured by the Afghans a truck drove through the gate and 1,500 pounds of explosives detonated. It blew everything nearby to hell.

“When it blew it threw me to the ground and I got a little shrapnel in one of my hands. When I stood up I could hear the Afghans down near the gate screaming. I ran down to the gate to see what had happened and found out a suicide bomber in a truck had blown himself up. Tyler Crane in full battle dress stands under Saddam Hussein’s “Victory Arch,” the main parade ground in downtown Bagdad, Iraq in 2012. At the time he was a member of the 3rd Army. Photo provided

“I ran to our battle command headquarters and let them know what happened. I went back down to the gate and started working with the injured Afghans. That’s when I found out I was hurt.”

Crane recalled: ”One of my guys said to me, ’Sergeant you’re bleeding.’ I was sent to the aide station for treatment. It was there I started having real bad back pains.

I stayed in Afghanistan for another four months until my back was so bad I couldn’t stand up. I came back to the U.S. in March 2013. After that the Army’s Medical Education Board said I was unfit for duty so I was processed out of the service in August 2014.

By this time his family had move to Port Charlotte. His wife was from this area of Florida. It didn’t take him long to realize this part of Florida was veterans friendly. As a consequence Crane established “Veterans Excursions” that started out providing fishing trips for local veterans. Since then he has had bigger ideas for this veterans group and as a result it may expand its service.

“Last year we ran just over 100 fishing trips for veterans in Charlotte County,” he said. “On Veterans Day we served 700 veterans and their families lunch at Laishly Park in Punta Gorda.” Crane said he wants to expand his operation into a veterans’ resource center. Such a center would help a vet find out what services were available to him and what he could qualify for.
.
Meanwhile, in recent months Crane founded what he calls “Veterans Excursions.” A group of volunteers provides fishing trips for local veterans. Contact Crane at 941-421-4665 and visit his website http://www.veteranexcursions.com. 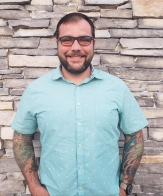 This story was first published in the Charlotte Sun newspaper, Port Charlotte, Fla. on Monday, May 20, 2019, and is republished with permission.