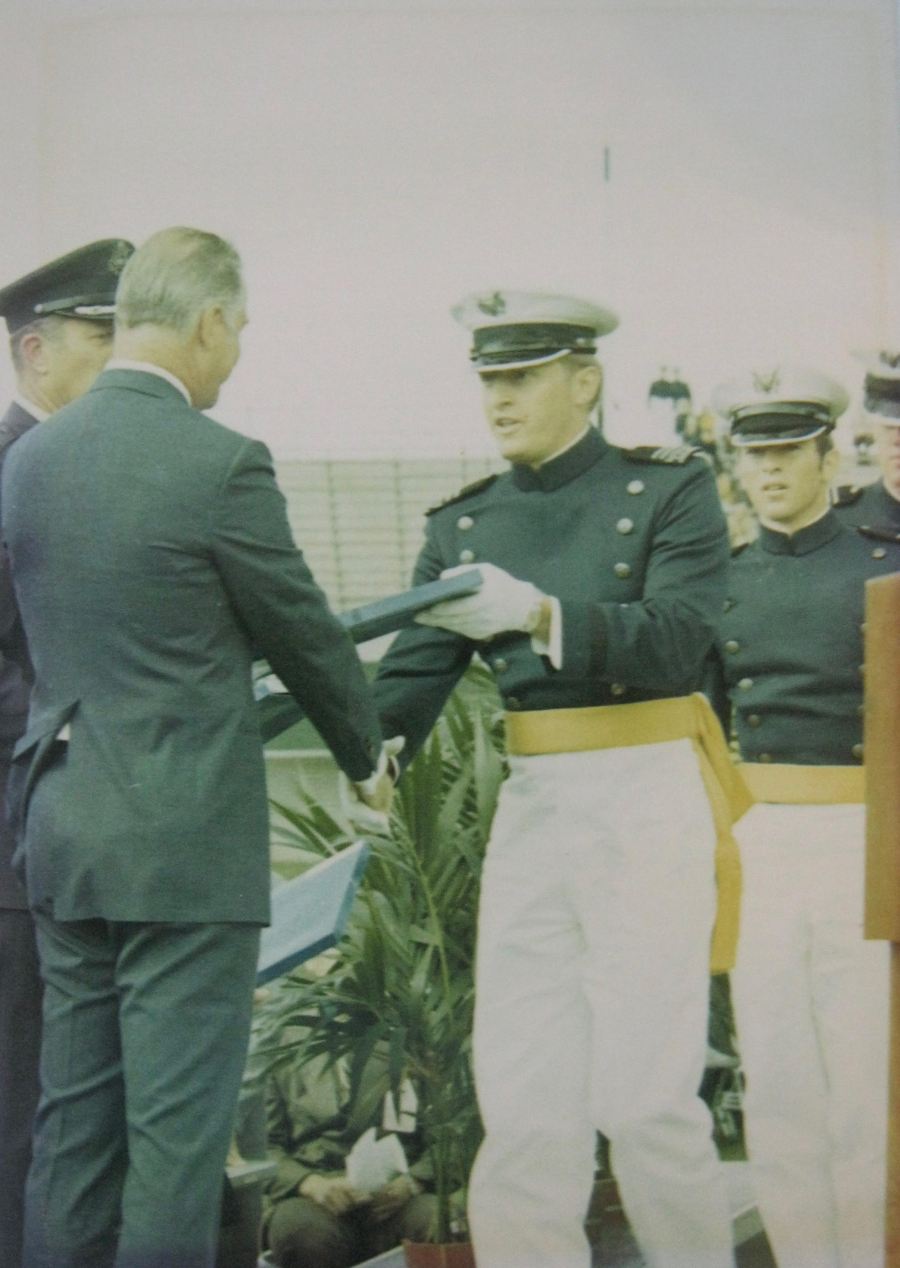 In the 1980s Lt. Col. Gary Butson (Ret.) of North Port helped President Ronald Reagan develop “Star Wars.” This was this program that caused the Soviet Union to go broke trying to compete with the U.S. military might.

After graduating from the Air Academy in 1971 he was sent to the Air Force’s Weapons Laboratory.

“I worked on the free world’s first high energy laser,” he explained almost 40 years later. “We put a big laser in a KC-135 tanker. The whole inside of the airplane was one big laser. The hope was that we could protect our airplanes under battlefield conditions with our laser plane.”

The business end of the laser weapon pointed out the side of the converted tanker’s just behind where the pilot and co-pilot sat.

“I worked on the laser for two years, from 1981 to 1983, then we put on a demonstration,” Butson said. “With our laser plane we shot down five missiles.”

While they worked on “Star Wars” they were repeatedly asked by Washington officials how much is it going to cost the other guys to defend against this system? This was of prime interest to the president.

“It was just at the time President Reagan announced his ‘Star Wars’ program,” Butson recalled. “It happened Dec. 31, 1991, the Soviets went bust trying to keep up with our ‘Star Wars’ military effort.”

Looking back on his 20-year military career, Butson said with a smile, “I joined the Air Fore to defeat ‘The Eval Empire.’

“The most interesting thing that happened to me while I was in the Air Force was the people I met. I had come to the academy the son of a barber from a rural suburb of Detroit, Mich.

“During my first year at the academy Eddie Rickenbacker came to the academy. He came up to my room,” Butson said. “‘Where are you from, son?’ he asked.

He was an ace fighter pilot in World War I. He received the “Medal of Honor” for downing 26 enemy planes.

“I was interviewed for a scholarship while at the academy. The guy who interviewed me was Edward Teller, father of the hydrogen bomb. 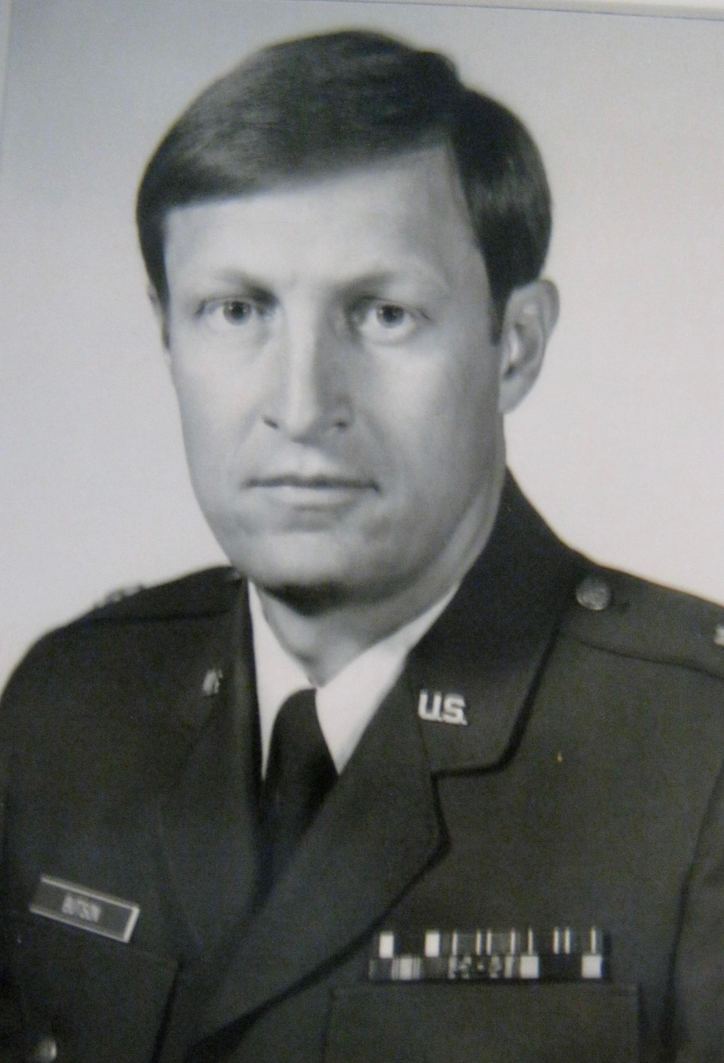 This was Butson in 1985 when he served as a major in the Air Force. Photo provided

“My element leader during my second semester was a guy named Ralph Eberhart. On 9-11 Eberhart was the general in charge of NORAD (North American Air Defense Command) who grounded all the airplanes in the U.S. I trusted Ed to be best man at my wedding.”

Other things Butson recalls during his time at the Air Force Academy: Students came down with the plague.

“When I was a freshman in 1968 plague hit the school. Prairie dogs had fleas and the fleas carried the plague which they spread to a third of the 4,000 students at the academy. I was lucky, I didn’t get it.

“They brought in a bunch of nurses with needles. We lined up in the gym, climbed dup on a table, dropped our shorts and got a shot in the bottom from the nurses.

“When I was a freshman we got a F-105 ‘Thunderchief’ fighter to put on display at the academy. It was the premier fighter-bomber during the Vietnam War,” he explained. “There was a big ceremony and we had a flyover by a flight of F-105s.

“They passed over the cadets the first time. Then they swung around and made another pass. When they did they went supersonic and broke every window in the cadet dining hall. The dining hall was big enough to serve 4,000 people at a sit down meal.”

No one was seriously injured despite all the broken glass.

Butson would eventually became an engineering teacher at the Air Force Academy beginning in ’83. He taught his last eight years in the service at the academy. Then he spent 10 more years as chairman of theTechnology Department at Southern Illinois University.

He and his wife, Reitha, moved to North Port in 2017. They have two children: Amy and Kerry.

This story was first published in the Charlotte Sun newspaper, Port Charlotte, Fla. on Monday, Sept. 24, 2018 and is republished with permission.