This is Carl Letterie in 1965 when he graduated from West Point as an Army 2nd lieutenant. Photo provided

Carl Letterie was a 1965 graduate of the U.S. Military Academy at West Point, N.Y. After graduation his first assignment as a young second lieutenant was Fort Bliss, Texas to attend the Air Defense Officers Training School. From there he went to Fort Hancock, N.J. for a year as a member of a “Hawk Missile” battery.

In March of 1967 Letterie decided to volunteer for Vietnam. Once again he was assigned to a “Hawk Missile” unit based just outside Saigon.

“Since it was a ground-to-air missile unit and North Vietnam had no air force it didn’t seem to me like I was doing anything for my country or myself,” the 73-year-old retired lieutenant colonel said. “I made captain while I was there and then I was moved to battalion headquarters at Bien Hoa Air Base.

“I extended my tour in Vietnam and was reassigned to the Military Assistance Command working with an operation in the Delta. I became deputy district commander of 15 or 20 platoons of regional South Vietnamese forces,” he explained.

“My job was to be out in the field five or six days a week with these regional forces searching for Vietcong guerrillas,” Letterie said. “For the next six or seven months I spent most of my time in little fire fights with the enemy almost ever day. Some times people were taking pot shots at us. Other times we would run into a heavy duty group of 20 or 30 VC guerrillas.

After he returned from Vietnam, Letterie went back to the Quartermaster Corps at Fort Lee, Va. The Army sent him to a post graduate course in petroleum engineering at the University of Missouri. When he graduated he was assigned to Korea.

Letterie became the camp commander of a petroleum depot. It was the beginning leg of the Trans-Korean Pipeline that ran for 80 miles north up the peninsula. A 12-inch pipeline moved thousands of barrels of petroleum product with 1,000 psi pressure to where it was needed in South Korea.

The terminal he ran was located at Pohang, along the South China Sea. Ships would bring in oil or gasoline and some 80 American G.I.s and 300 South Koreans would see that the fuel was offloaded and sent through the pipeline.

When he returned to the States after his tour in Korea Letterie became an instructor in the Petroleum Department at the Quartermaster School in Fort Lee. He spent a couple of years teaching the ins and outs of handling petroleum products and then he was assigned to Fort Lewis, Wash.

“I was first assigned to the 593rd Support Brigade but after a year I became the Company Commander of the 295th Supply Company at Fort Lewis. We supplied all the food for the commissary at the fort,” he said.

For the next three years, from ’77 to ’79 he was the Fuel Quality Assurance officer in the Kingdom of Bahrain’s petroleum refinery. He lived at the oil terminal operated by the Bahrain Petroleum Company.

“My job was to make sure the U.S. Government got what it paid for in oil from Bahrain,” he said. “I was woking for the Defense Fuel Supply Service in Washington, D.C.

“When tankers came into port loaded with fuel oil, it was our job, after they dumped all their fuel to climb down in those oil tanks in the pitch black dark and check things out,” Letterie said. “Some of those oil tanks were 50 and 60 feet deep. We’d be climbing down a little, greasy, metal ladder in the dark.

“After we inspected the tanks they would load them up with fuel again. At that point we would check the fuel quality, sign off on the oil and they would button things up and off the ship would sail with a load of fuel oil or gasoline.

“While I was in Bahrain the Army sent me to Iran while the Shah was still alive and in control of the country. Every month or two in 1978 I would fly into Karg Island, a little island in the Persian Gulf off the coast of Iran, that was the country’s oil terminal. I’d do the same thing there I was doing in Bahrain — check the oil the country was supplying the U.S.

“Then I became the executive officer for the Army’s petroleum pipeline in Korea. In 1979 I was stationed in Teagu, located in the center of the country. It was during this period, in 1980, when the president of South Korea was assassinated. It caused a government upheaval and I ended up at a meeting in Honolulu that my boss was supposed to attend. He had to stay put in Korea because of the president’s death.

“It was while I was in Hawaii I was promoted to lieutenant colonel. In 1981 I was transferred to Hawaii as the U.S. Army Assistance Command’s Energy Officer in the Pacific. For the next couple of years I played a lot of golf and did a lot of work. 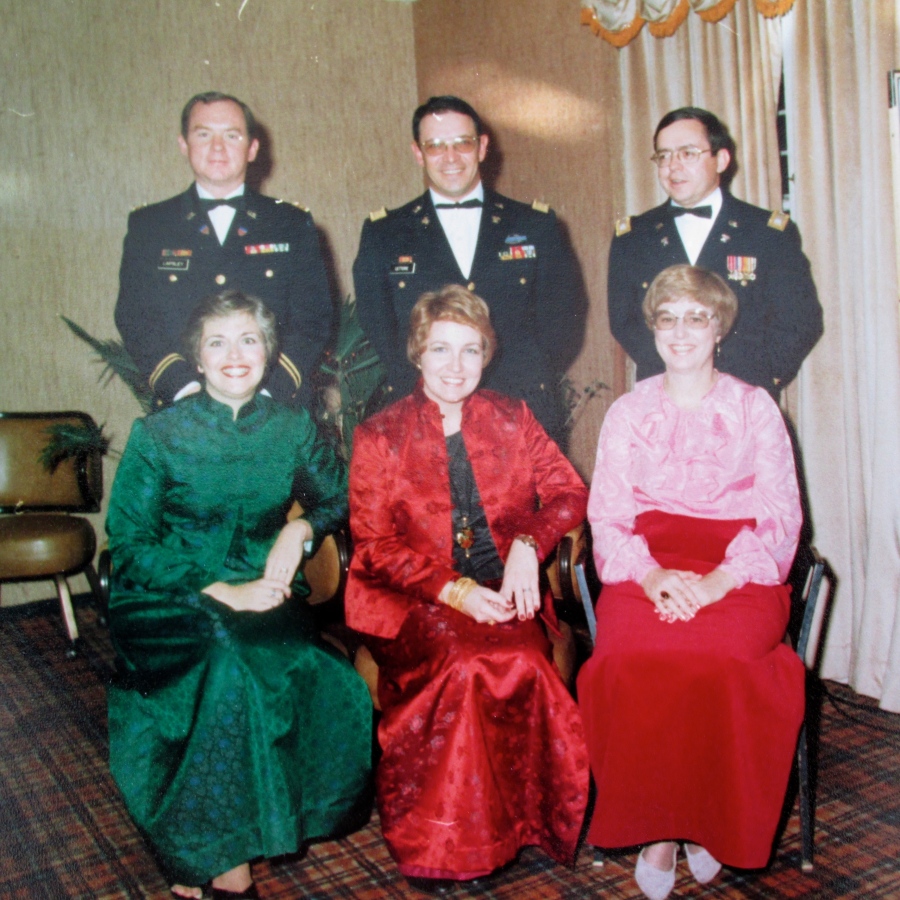 Letterie and his wife, Angela, is the couple in the center at a Christmas party held at the officers club in Korea in 1980. Photo provided

“While in Honolulu I was asked to help plan a joint Japanese-American Defense Force Conference because the theme was energy,” Letterie said. “It was my job to set up tours for the visiting Japanese. With the help of CINCPAC (United States Pacific Command) I scheduled the delegation from Japan, lead by a three star general, to tour Pearl Harbor.

“When people go to Pearl they give them a video presentation of the attack by the Japanese in 1941,” he said. “It’s kinda graphic, but the general and his staff watched the whole thing unfold. Then the Japanese were given a boat tour of the harbor.

“The most interesting thing happened during the boat tour. A Japanese lieutenant colonel started talking to me. He said, ‘Fifty years ago we were killing each other, but now we’re friends.’

“What I took out of what he said was that neither one of us were born when the attack on Pearl Harbor took place. We had nothing to do with World War II and so it’s easier for us to get along was my takeaway.”

Because of the assistance of a close Army buddy who graduated from West Point before Letterie , they both ended up serving in Stuttgart, Germany. In his final overseas post he worked out of the U.S.-European Command Headquarters in Stuttgart. He was one of the officers who coordinated the flow of fuel for the North Atlantic Treaty Organization in Europe.
Letterie came back from Europe in 1986 and retired from the Army in ’87 as a lieutenant colonel. He and his wife, Angela, moved to south Venice two years ago. The couple has two living children Juliana and Miles, and Barbara, a daughter who passed away. 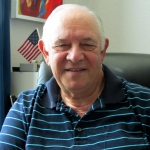 This story was first published in the Charlotte Sun newspaper, Port Charlotte, Fla. on Monday, Dec. 26, 2016 and is republished with permission.