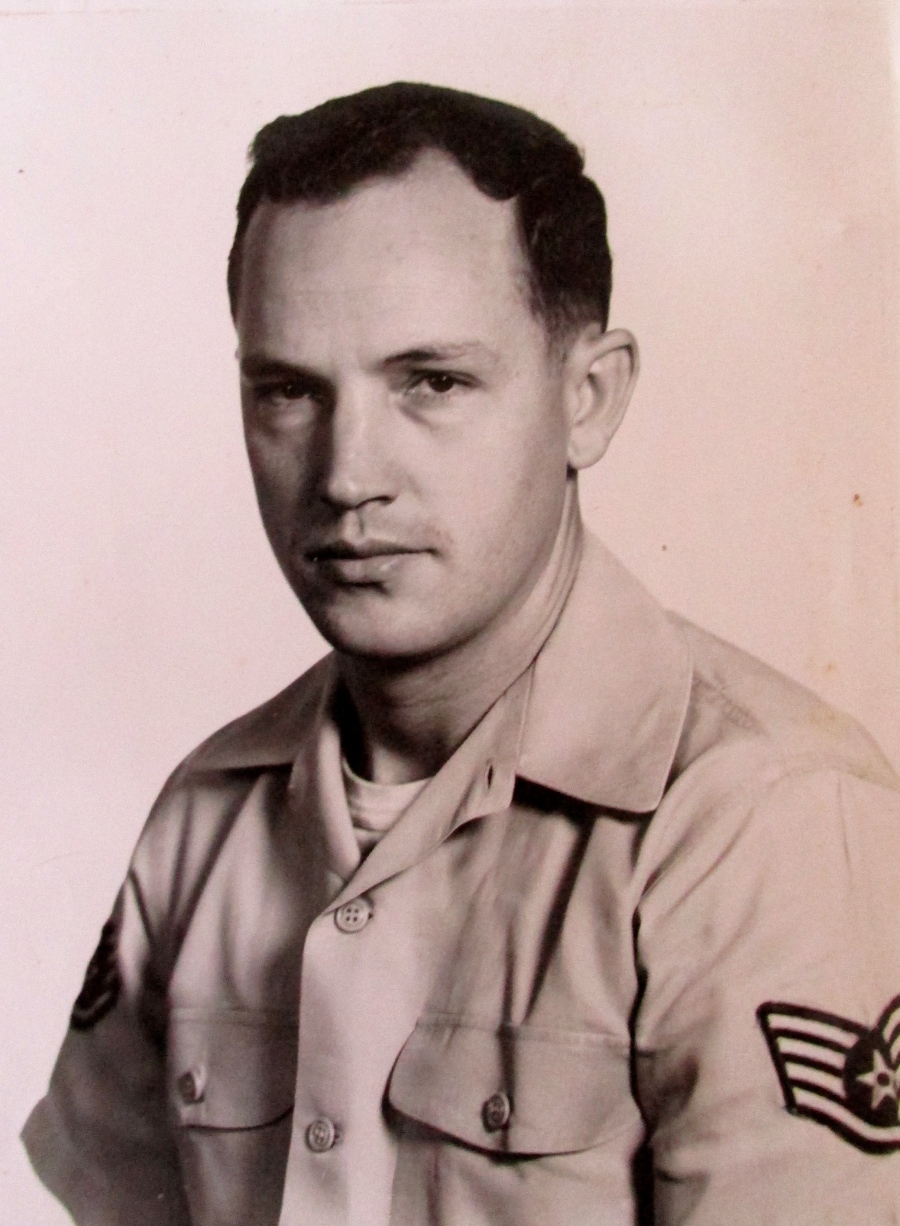 Air Force Staff Sgt. Ray Wiseman in 1959. He spent most of his 27 years in the Air Force fixing high tech communication equipment around the world. Photo provided

Ray Wiseman of Port Charlotte, Fla. served 27 years in the U.S. Army. He began his military career as a 17-year-old private from the hills of North Carolina in 1951 and retired as a chief master sergeant in 1979. He never fired a shot in anger during the Korean or Vietnam wars.

“It was 1951 and there was no work in the hills of North Carolina. I had an older brother who had served in the Air Force and I joined with the idea of making it a career,” the 81-year-old local man explained. “I went to basic at Lackland Air Force Base, Texas. From there I attended classes at Northeastern Missouri State University while in the service.

“For the next six years I was assigned to an air force base in Labrador where I worked for a Col. Courtmencte as his personnel affairs aide,” Wiseman said. “On the side the colonel got me an extra job at night running the base’s movie theater. 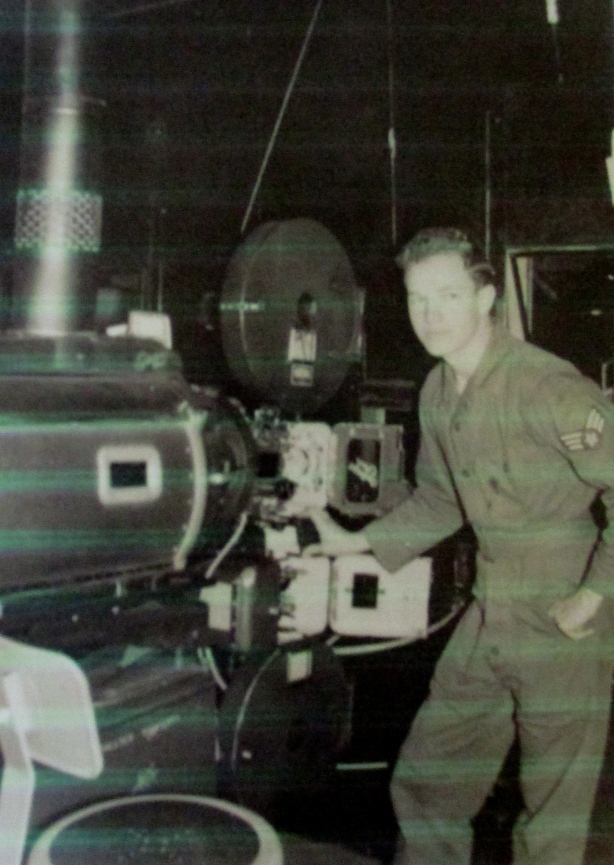 As an extra job at night Wiseman became the manager of the movie theater at Goose Bay, Labrador where he served as an assistant to an American colonel who he worked for for six years. Photo provided

“When I was reassigned the colonel asked me where I wanted to go. I told him I wanted to go some place where it was warm. ‘How about Miami?’ There I worked as a reserve recruiter. We traveled the state of Florida recruiting people for the Air Force.”

He did that for three years, until 1956. Then he became the person in charge of a recruiting station at Tinker Air Force Base near Oklahoma City, Okla.

Wiseman decided by then he had done enough recruiting and wanted to switch to something entirely different in the Air force. He took an aptitude test and learned he scored high in electronics. He decided to go into microwave communications. After training in communications at Scott Air Force Base in St. Louis he was assigned to Okinawa.

His unit was in charge of telephone and telegraph communication systems all over the Pacific. At one point he was working on Ishima Island off Okinawa when all the the microwave communications linking Kadina Air Force Base with the rest of the world went down. Kadina was the most important communication base in the Pacific. It was off the air for 45 minutes until Wiseman and his crew could get it up and running once more.

After his stint in the Pacific he was transferred to Electronic Counter Measures Airborne at Rickenbacker Air Force Base in Columbus, Ohio. Wiseman’s job was to keep B-47 “Stratojet” bombers loaded with electronic counter measure up and running and in the air.

He didn’t like the job much, but his boss waned to keep him there working on the airplanes. Wiseman had other ideas. He wrote a letter to the most important politician in his hometown, U.S. Sen. Sam Irving, the ranking member of the Armed Services Committee. Within days was reassigned to New York as a Ground Electronic Engineering and Installation person.

“I was sent out on assignments all over the world to fix telephone, Teletype and navigational aids,” he recalled. “It was a wonderful job.

“It was 1959 and the U.S. was expecting to have to fight a nuclear war. Toward that end the U.S. had navigation equipment on some mountain tops around the world that had homing equipment we took care of.

“My next assignment was Japan and the entire Pacific. I spent more than four years out there and liked every minute of it,” Wiseman said. It was during that time I installed communication equipment on Johnson Island. It was when President Kennedy ordered the restart of above ground nuclear testing on the island. I headed one of the teams that flew into Johnson Island and set up the island’s communication system.”

When he returned from the Pacific once more Wiseman attended a special electronics school for senior NCOs for a year. By the time he graduated from the school he was a tech Sergeant.

It didn’t happen because at the same time the Air Force had just tried to put a new worldwide communications system on the air. The new system had technical difficulties that caused it to crash.

“Just before I was due to leave for Vietnam I got a call that I would not be assigned there, but would be going to a special team to fix the broken worldwide Air Force phone system. A few weeks later I was assigned to a special team in London. From there I returned to the Air Force Communications Center in St. Louis and from there went worldwide working on the problem.”

After helping to fix the phone problem, Wiseman returned to St. Louis and worked for the chief civilian scientist who headed the Air Force communication systems. He again went around the world evaluating and repairing communication for the Air Force.

He returned home and went to work for Pitney Bowes office equipment company where he worked for nine years until he retired for good in 1997. He and his wife, Karen, moved to their Port Charlotte home almost immediately.

This story was first published in the Charlotte Sun newspaper, Port Charlotte, Fla. on Monday, Nov. 23, 2015 and is republished with permission.