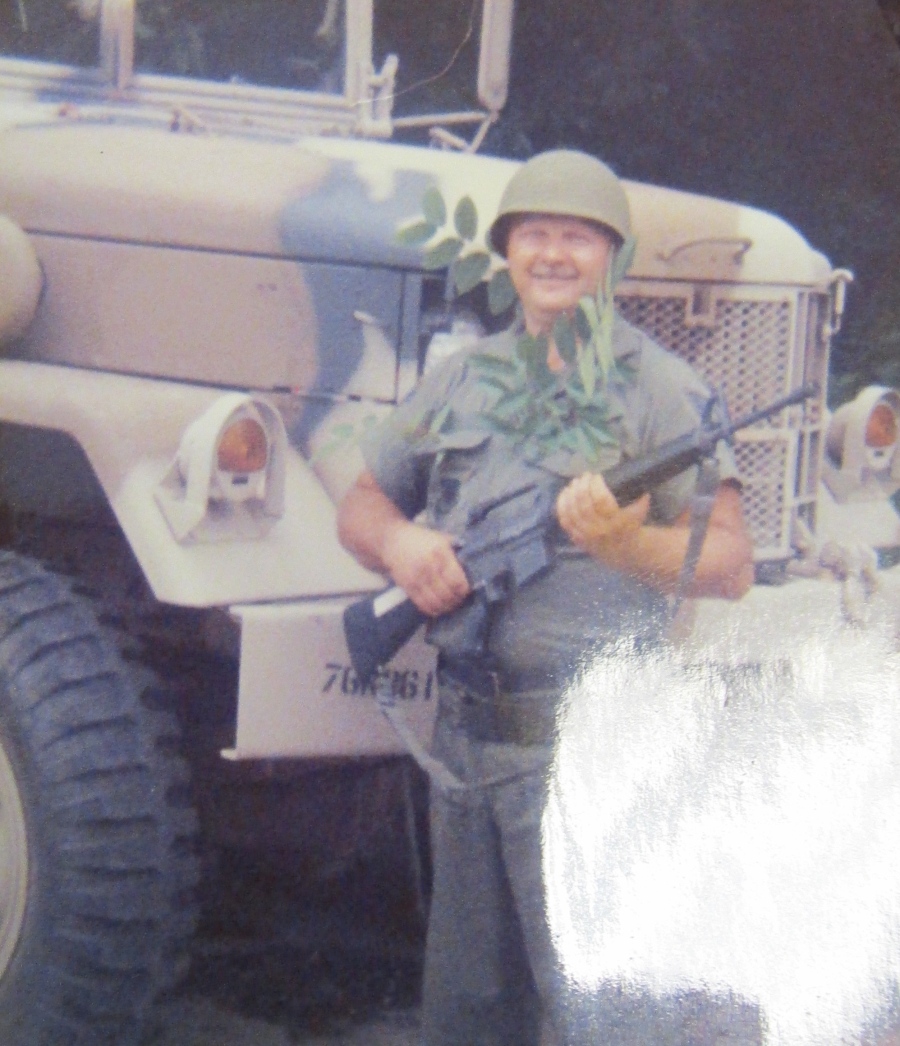 The high point of Peter Rabczewski’s four years of service in the U.S. Air Force was helping complete the construction of the Trans-Pacific Telephone Cable in 1964 as a member of the 2875 Ground Electronic Information Agency. His job was to install telephone and microwave communications throughout the Pacific for the Air Force.

“It was this cable that President Lyndon Johnson talked to Premier Nikita Kruschev on,” the 70-year-old North Fort Myers man said. “It was my cable that got them together. I was mentioned in ‘Stars and Stripes’ (the military newspaper) that I was the airman that got the conference between these two world leaders going. I got an Air Force Commendation Medal for my efforts with the cable.”

It’s a far cry from where life began for Rabczewski. He was born on Feb. 17, 1945 in a German slave labor camp in Austria during the closing months of World War II.

“The Allies bombing induced my mother’s labor. Shortly after I was born we were liberated. Four years later, in 1949, my father earned passage for my family to the United States,” he explained. “We came to the U.S. aboard a destroyer escort. Instead of coming to Ellis Island our ship was diverted to Long Island because of a storm that was battering New York.

“Friends of my father’s sponsored us to come to the United States. We ad to learn English, we had to honor the American Flag and we couldn’t fly the Polish or Russian flags. When we moved to the U.S. I was four years old. We eventually ended up living in the Bronx.”

Rabczewski and his family arrived in this country after losing everything they owned during World War II. His father was from a prominent Polish family.

When he was 18 he quit high school in his senior year and joined the Air Force. After basic in 1963 he was sent to Japan.

“Flying out of New York for Japan I missed my flight and had to take another jet to Japan. The plane I was suppose to fly on went down in the Pacific and everyone aboard was lost,” Rabczewski recalled.

Half of his four year tour in the Air Force was spent installing telephone and radio communication equipment throughout the Pacific for the Air Force.

“At one point we were installing communication equipment on Johnston Island. Before we arrived on the island the U.S. government had fired off 124 atomic bombs,” he said. “It’s closed to public use today because the island is too full of atomic radiation.”

Did you ever meet Gen. Curtis LeMay, commander of Strategic Air Command, while you were in the service Rabczewski was asked.

“I was in Yokota Air Base in Japan and Gen. LeMay landed in his 707 command jet. When he started to take off he had trouble getting the plane in the air. The problem, it was overloaded with fuel and goodies,” he said.

During the 19 months he was overseas he installed radio and telephone equipment in Okinawa, the Philippines, Taiwan and the Hawaiian Islands. The last half of his tour was spent at March Air Force Base in Southern, Calif.

Rabczewski is perched atop a 50-foot microwave tower he was in the process of building while serving in the guard. Photo provided

“Eight years later I joined the New York Air National Guard and continued to install communication equipment all over,” Rabczewski said. “I’ve been in a lot of interesting places most people don’t have a chance to see, like war rooms. The reason I got to see them is because I was connecting cable to secret equipment. I spent 14 years in the guard doing antenna work.

“I helped install the cables that went to NORAD (North American Air Defense Command) in upstate New York. It was the headquarters for fighter intercepters that protect the United States.”

It’s a small world, even for a guy who served in the Air Force all over the world and throughout the country.

“One of my neighbors here locally told me he was a tail gunner on a B-17 bomber during World War II. When I explained to him I was born in a slave labor camp in Austria during the war he checked the flight log for his bomber and discovered his squadron bombed the area where I was.

“‘You tried to kill me about the time I was born,’” I told him jokingly. “Moments later tears ran down his cheeks. That was touching,” Rabczewski said.

After his discharge from the Air Force he got a job working for the New York Transit Authority retiring after 20 years. He and his wife, Barbara, came to Florida 26 years ago. He has two stepsons, Jim and Bill, from his wife’s previous marriage.

This story was first published in the Charlotte Sun newspaper, Port Charlotte, Fla. on Monday, Aug. 3, 2015 and is republished with permission.