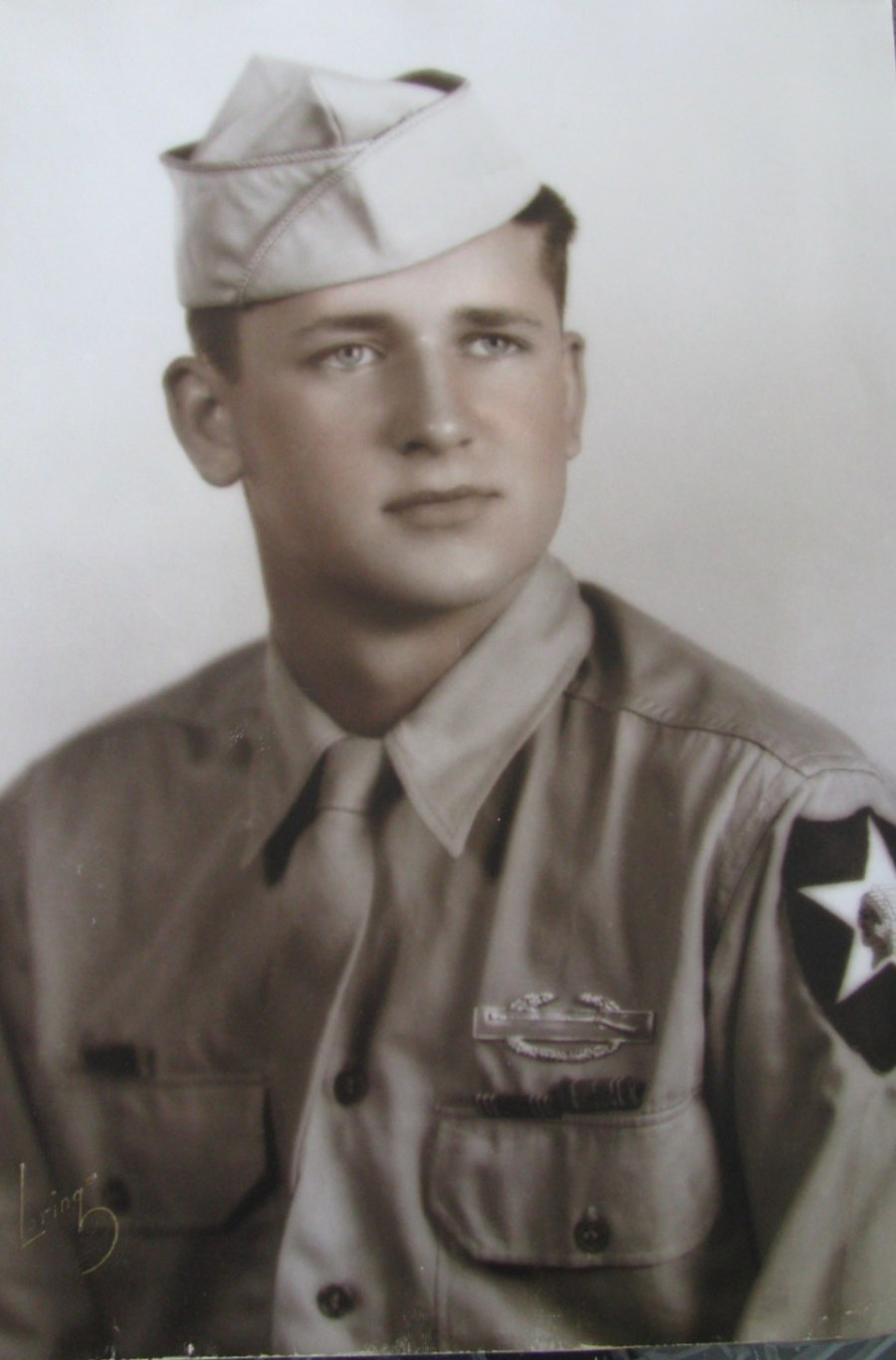 Harold Snyder, who lives in Summer Greens condo in Venice, was a private first class in the 2nd Infantry Division in Patton’s 3rd Army when this colorized picture was taken 65 years ago. Photo provided

Harold Snyder, who lives in Summer Greens condo in Venice, Fla. was a private first class in the 2nd Infantry Division in Patton’s 3rd Army when this colorized picture was taken 65 years ago. Photo provided

“We came ashore in Le Harve, France right after the Battle of the Bulge in 1945. We were replacement soldiers,” the 85-year-old Summer Greens condo resident who lives in Venice, Fla. said.

“We picked up Patton’s Army near Luxemburg, Belgium and the 2nd Division headed into Germany with the rest of his 3rd Army. Everything was blown to pieces. The German’s shelled these towns and then we came along and shelled the Germans to get them out of the towns,” the former private first class recalled.

About a month into their campaign across Germany our company, Company C, was chosen from the 2nd Infantry Division to disarm part of the 9th Panzer Division,” he said. “The Germans marched up with their weapons – rifles, pistols, machine guns and potato mashers (hand grenade) — we stripped them of their weapons and threw them on a huge pile.”

German resistance to the invasion of the Fatherland could be tough or it could just be a sniper taking pot shots at them as they advanced ever further into the destroyed country. 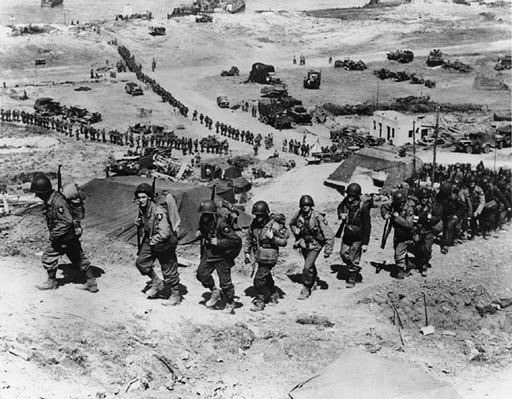 The 2nd Infantry Division is pictured shortly after they came ashore on Omaha Beach during the D-Day Invasion, June 6, 1944. The Indian Head Division played a major part in the defeat of Hitler’s forces in World War II. U.S. Army photo provided

“If you weren’t there it’s hard to explain how bad it was. To me it was pitiful. I couldn’t stand walking over these dead German soldiers lying everywhere,” Snyder said.

“There weren’t too many civilians around. If we came into a town and we were going to stay there for the night we’d take it over and run what few civilians there were out of their homes,” he said. “All those displaced people I felt sorry for them, too. But it was war.

“Patton wanted to keep moving across Germany to keep the enemy off balance. To make more time we ended up sitting on top of the tanks as we moved along in the cold night,” Snyder recalled.

“At one point we found ourselves in a dense forest somewhere in Germany. We took a pounding in the forest from the German 88 artillery,” he said.

“My buddy Juliano from Chicago and I dug a foxhole to escape the enemy artillery bombardment. The ground was cold and frozen,” Snyder said. “After we got it dug we put pine branches in the hold to try and keep warm. When the 88 shells hit the branches of the pine trees still standing near us they exploded and rained shrapnel down on us.

“Sometimes lying in our foxhole we watched the B-17 and B-24 bombers flying over on their way to Berlin and other major German cities. The sky was dark with the bombers,” he said.

“Two or three times during our trek across Germany we ran into German Tiger tanks that had an 88mm cannon mounted on them. You didn’t want to be their target,” the old solder said.

Snyder, who sometimes fought in a tank destroyer that also carried a big gun, could knock out a Tiger tank. What was even better it was much more agile than the 68-ton German tank, but it only had one-inch armor plating that the enemy gun could penetrate like butter.

“On our way through Germany we went through the outskirts of Leipzig. There was a railroad marshaling yard on the edge of the city. The steel tracks in the yard had been twisted into junk by American and English bombers.

“Everything was blown to pieces. It was terrible,” he said.

“By the end of the war we ended up in Prague, Czechoslovakia, the capital city. Our unit was picked to represent the American Army in a surrender ceremony in Prague,” Snyder said.

“We had a big American flag flying from the back of our tank. We passed thousands of Russians sitting in the field on both sides of the road on the way to the meeting,” Snyder explained.

“When the war was over his division shipped back to Le Harve along the French Coast to Camp Chesterfield where we waited for the USS Richardson to take us home to Boston.” After a month’s leave he was discharged from the Army and went back to York County, Pa.

Harold Smith looks at a picture of his late wife, Kathleen, who he married after returning for World War II. They were married 60 years and had two boys, Randy and Jay. She was a nurse and died a year ago this past January. Sun photo by Don Moore

Snyder married Kathleen McGinnes, an Irish girl. They were married 60 years and had two boys –Randy and Jay. After her death in January 2009 he decided to spend three months down here and see how he liked it.

“I liked it just fine because I like to fish, so I decided to stay,” Snyder said. “I fish the rock jetties at Caspersen Beach (along the Gulf at Venice) almost every day. Randy and I catch snook, trout, redfish, sheepshead and sometimes pompano, when they’re running.”

This story first appeared in print in the Charlotte Sun newspaper, Port Charlotte, Fla. on Monday, April 12, 2010. It is republished with permission.