President John Kennedy presents the late Capt. William Ecker of Punta Gorda with a Distinguished Flying Cross shortly after taking the low-level aerial photos showing Soviet missiles on Cuban soil in the fall of 1962. His fighter squadron was also awarded a Presidential Unit Citation for the part in the Cuban Missile Crisis. 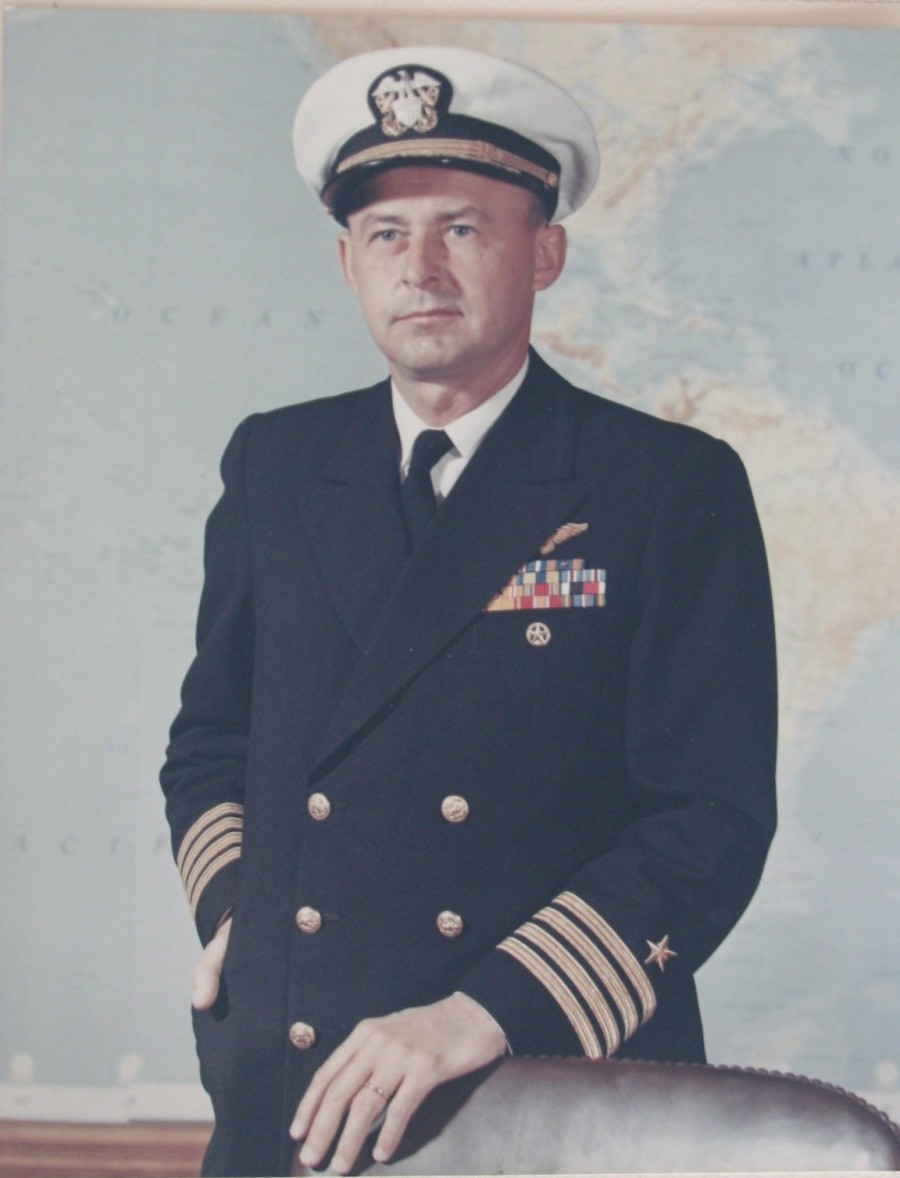 Capt. William Ecker of Punta Gorda spent 32 years in the service. He was a key player in the Cuban Missile Crisis in October 1962.

Capt. William Ecker who flew a secret low-level photo-reconnaissance mission over Cuba in 1962 to capture Soviet nuclear missiles on film during the Cuban Missile Crisis died last Thursday (Nov. 5, 2009) at his home in Punta Gorda, FL.   He was 85.

During that fall, Soviet Premier Nikita Khrushchev authorized a secret treaty with Fidel Castro to bring intermediate-range missiles into Cuba. The first of these nuclear missiles were discovered on U.S. satellite photos.

After a week’s discussion with a group of his most trusted advisors, President John Kennedy imposed a naval blockade around Cuba to stop more Soviet missiles from being imported to the island nation. On Oct. 22, Kennedy made a public announcement about the presence of the Soviet missiles on Cuban soil.

It was during the week of high-level discussions the President ordered a low level photo shoot of the nuclear missile instillation on Cuba territory. Ecker and a wingman in his fighter squadron, Lt. Bruce Wilhelmy, flew over the Soviet rocket bases in their F-8 Crusader fighters taking photographs of the missiles. .

The incident almost erupted into nuclear war between the two super powers on Oct. 27 when an American U-2 spy plane was shot down over Cuba. It was at this point Khrushchev may have defused the incident by sending Kennedy a letter in which he proposed pulling the nuclear missiles out of Cuba if the U.S. would agree not to invade the island country.

The next day the Soviet leader began dismantling the missile sites in preparation for them being returned to Russia. Kennedy also secretly agreed to remove U.S. missiles from Turkey in exchange for a similar action by the Soviets in Cuba.

President John Kennedy presents the late Capt. William Ecker of Punta Gorda with a Distinguished Flying Cross shortly after taking the low-level aerial photos showing Soviet missiles on Cuban soil in the fall of 1962. His fighter squadron was also awarded a Presidential Unit Citation for the part in the Cuban Missile Crisis.

Three months later, Ecker received the Distinguished Flying Cross from President Kennedy in a ceremony at Boca Chica  Naval Base in Key West for the part he played in the Cuban Missile Crisis. The fighter squadron Ecker commanded, VFP-62, was awarded a Presidential Unit Citation. 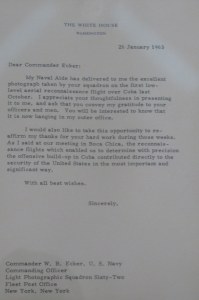 This is the letter President John F. Kennedy wrote to Capt. William Ecker after awarding him the Distinguished Flying Cross for photographing the Russian missles in Cuba in October 1962.

In an accompanying letter from President Kennedy he writes:

My Naval Aide has delivered to me the excellent photograph taken by your squadron on the first low-level aerial reconnaissance flight over Cuba….You will be interested to know that it is now hanging in my outer office. I would also like to take this opportunity to reaffirm my thanks for your hard work during those weeks. As I said at our meeting in Boca Chica, the reconnaissance flights which enabled us to determine with precision the offensive build-up in Cuba contributed directly to the security of the United States in the most important and significant way.

With all best wishes.

A 2000 Kevin Costner movie,” Thirteen Days,” provides a graphic recounting of how close the world came to nuclear holocaust that fall nearly a half century ago. Ecker’s part in the picture was played by Christopher Lawford, one of JFK’s nephews.

In October 1942 Ecker joined the Navy and graduated from naval flight training in April 1944. He sailed aboard the carriers USS Intrepid (CV-11) in November 1945, two months after the Japanese surrendered ending World War II.

For the next 30 years Ecker served in various capacities as a naval aviation officer both on ship and shore. Eventually he commanded the Naval Schools of Photography before going to work for the Chief of Naval Operations in Washington, D.C. in 1971. Three years later he retired from the service after 32 years.

Ecker and his wife, Kit, of 62 years, retired to Punta Gorda in 2000. He is also survived by two sons, Richard and David. Interment will be in the Columbarium in Arlington National Cemetery. 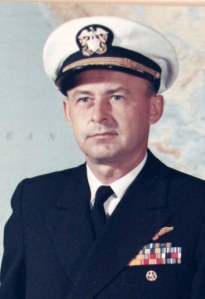 This story was first published on Nov. 12, 2009 in the Charlotte Sun newspaper.   Reprinted with permission.