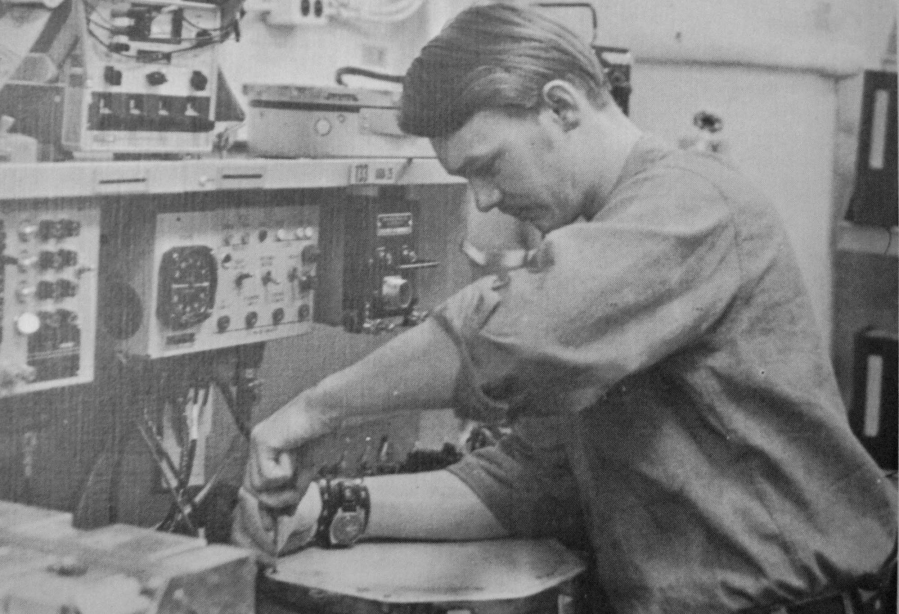 William Moultrie of Overbrook Gardens subdivision in Englewood, Fla. enlisted in the U.S. Navy at 18 when he was attending community college in Northern Virginia in 1965.

“My dad, who was a 20-year-career Navy man, suggested that my draft number was coming up so I should join the Navy immediately,” He recalled more than 50-years later. “So I joined the Navy.”

Moultrie took Navy basic at a small base in Millington, Tenn. After basic he was trained as an aviation electronic technician at the same base.

After 32 weeks of training he went aboard the USS Inchon (LPH-12) as an airman E-3rd.

“The Inchon was an amphibious assault ship that took 4,000 Marines into battle aboard helicopters,” he explained. “Our ship was about one-third the size of a regular aircraft carrier. It had 12 A-46 ‘Sea Knight’ helicopters, four A-53 ’Sea Stallion’ choppers, six ’Hueys’ and six ‘Cobra’ attack helicopters. 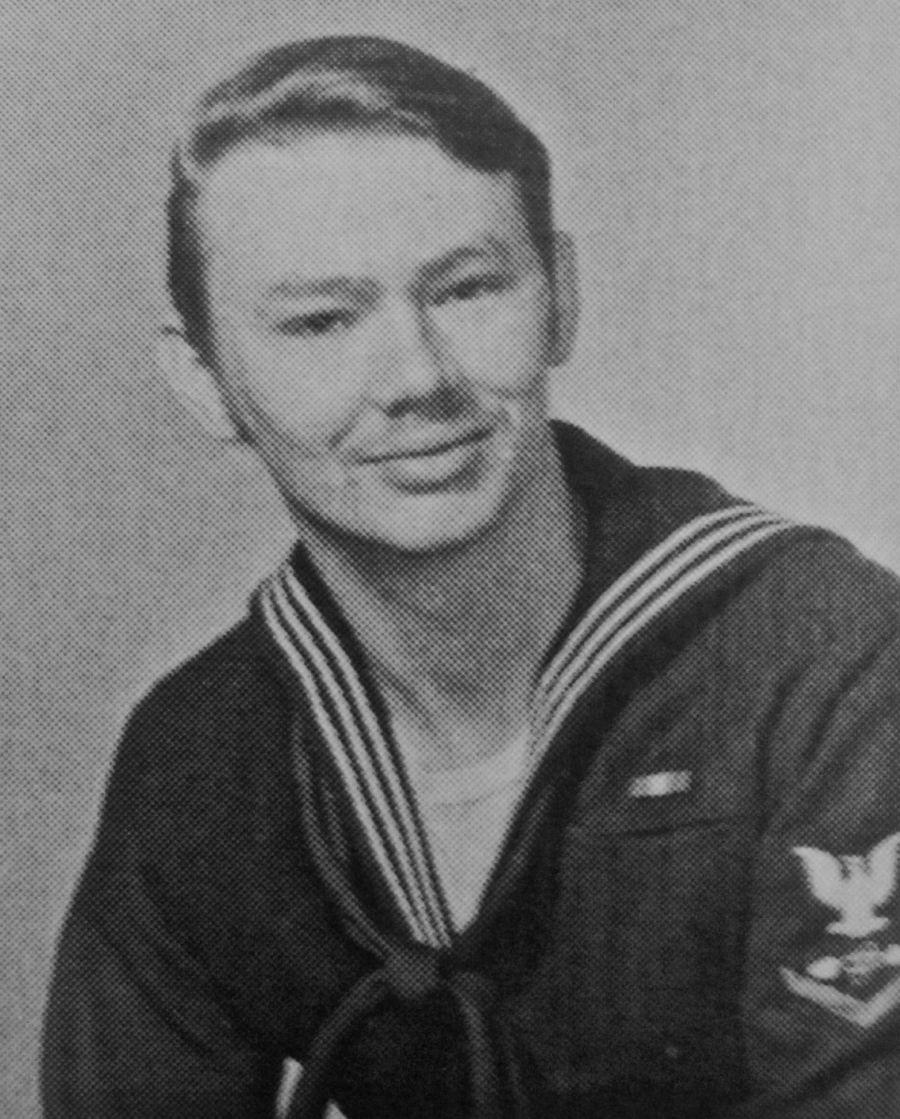 This was William Moultrie of Englewood when he graduated from Navy bootcamp in 1965 during the early years of the Vietnam War. He was 19 at the time. Photo provided

“It was an exciting time for me because I was an 18 or 19-year-old guy away from home for the first time,” he said. “I was doing something I had never done before.”

When he finished boot camp and aviation electrical training, Moultrie picked his ship at Norfolk, Va., its home port. It wasn’t the friendliest town for military personnel. He remembers there were signs on the lawns of local residents that read: “Sailors and dogs stay off the grass.”

He wasn’t in port long when the USS Inchon went on a shakedown cruise to Guantanamo, Cuba.

“We went on shakedown cruises sailing out of Gitmo,” Moultrie said. “We would take the ship out and run speed trials down there.”

After the ship was assigned to the Atlantic Fleet the sailors aboard the USS Inchon took a six-month cruise to the Mediterranean. This was Moultrie’s high water mark in the service.

“We’d come into a foreign port and show our uniforms for a couple of days, then we’d sail off and head for new port and repeat the performance all over again,” he said.

“While we were aboard ships on this cruise we had continual training during the ship’s exercises. My job in Primary Flight Control, I worked with the Combat Cargo Officer to make sure the right number of Marines climbed aboard each helicopter during an assault.

“I was in communication with six different landing pads aboard ship where the helicopters landed. We’d load up six helicopters and send them off to battle. Then six more choppers would fly aboard and take their place.”

When he wasn’t at his battle station preparing for a war that never materialized for him, Moultrie was busy working in his electric shop in the carrier’s bow. His day-to-day job was to keep the radio communication aboard the helicopters operational.

The USS-Inchon returned to port in Norfolk after its Mediterranean cruise. Moultrie spent his last six months in the Navy going to sea aboard the carrier with several other war ships. They practiced over and over again what they learned during their pretend war games throughout the year abroad.

“I recall the empty 55 gallon gas drums we had aboard ship the crew would paint red and throw them off the fantail. Then the Cobra assault copters would fly over and use them for target practice.”

Vietnam War protesters weren’t a problem for him. When Moultrie’s two years in the Navy were over he got in his car and drove home without hassle from protesters who otherwise gave some Vietnam vets problems stateside.

He went back to college after service for a short while then he joined the Arlington (Virginia) County Fire Department where he spent 27 years as a foreman. His wife, Linda, spent 28 years working for the Arlington County Police Department. They retired to Englewood 20 years ago. Linda has one son, Kevin from a previous marriage.

This story was first published in the Charlotte Sun newspaper, Port Charlotte, Fla. on Monday, July 1, 2019, and is republished with permission.