Sp.-2 Bill Hartstein of Alameda Isles, Englewood was 18 and had just graduated from basic training at Fort Pickett, Va. in 1954 when this picture was taken. Photo provided

Just by chance Bill Hartstein of Alameda Isles mobile home park in Englewood joined the U.S. Army’s Security Service at the close of the Korean War In the 1953 and nailed down a career in electronics for life.

“I grew up in Pottsville, Pa. and went down to Philadelphia to join the Air Force. The enlistment sergeant said I didn’t want to do that after I told him I had taken electronics in high school and made straight As,” the 82-year-old recalled. “If you’re smart enough you can go into the Security Service and work in Army Intelligence,” he advised.

Hartstein took the tests, got the grades and qualified if he could also pass the top secret security clearance. In the meantime he was sent to Fort Pickett, Va. for Army basic training. From there it was on to Fort Devens, Mass. the Army’s intelligence center.

“I started out learning how to repair radios after going to Fort Monmouth, N.J.,” he said. “Six months later I was back at Fort Devens and started working on intercept equipment. I fixed all the radios and early computers the Army had. 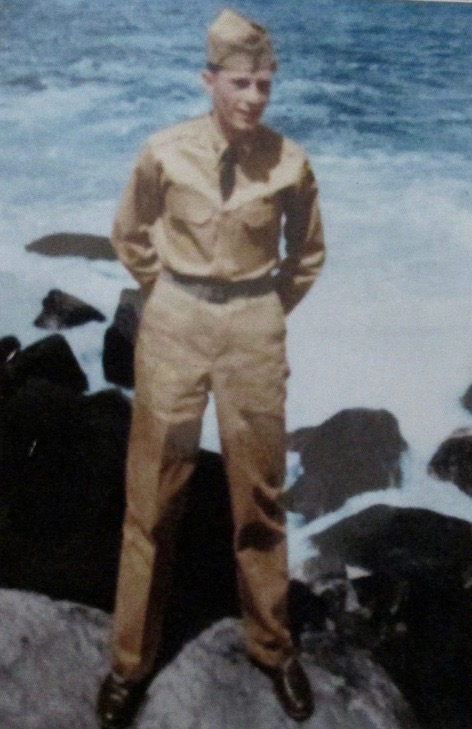 Hartstein was learning computer electronics at Fort Monmouth, N.J. as part of the Army Security Service in the 1950s. Photo provided

“The computers were so big a printer would take the space of four average bedrooms. They needed thousands of tubs to run them and they were very slow,” he said. “They would do things like alphabetize 50,000 names from a punch card machine. That was the kinda stuff they did.”

Half of his time in the Army—roughly two years—was spent obtaining the top secret security clearance needed to repair and show others how to use the secret equipment.

“All of the government’s very latest electronic equipment they would send to me to repair and teach others how to use them,” Hartstein said. “I worked in an area they called ’The Bird Cage.’ It was an area with a high fence and armed guards. It was where my shop was located.

“While working there I became friends with a master sergeant who ran the place. Every night the drawings used to work on this equipment were stored in a safe that only the sergeant knew the combination.”

Problem was, he wasn’t going to be there for a short while so he had to give the numbers to the safe to another sergeant. The night the new sergeant was in charge of making sure the safe was secured it wasn’t. The new sergeant left it unlocked. This transgression was discovered by military policeman who checked the area every evening.

“After the safe was found unlocked my friend the master sergeant was gone. I never saw him again. Nobody would say what happened to him. He was just gone,” Hartstein said.

After Hartstein got out of the Army he went to work for Federal Electronics. They were subcontractors on the ‘Dew Line,’ the government RADAR line that protects the northern entry to the U.S. in Alaska. He worked there for three years.

Burrows Corp. was the next firm to hire him. He was involved in setting up the RADAR for the BOMARC (Boeing/Michigan Aeronautical Research Center) Missile Program of the 1960s that ringed the the Eastern Seaboard. This was a series of 15 or so ground to air missiles in silos that were located from Maine to Florida to protect the U.S. from incoming attack by the Russians.

Then he became a computer expert for RCA in New Jersey. For the next 13 years Hartstein went up through the ranks of the firm until one day when RCA unexpectedly closed its doors. He was out of work for a short while.

It was at this point he bought a half interest in a Radio Shack computer store and went to work for them. By the time Hartstein retired he was the supervisor of 32Radio Shack stores in New Hampshire and Massachusetts.

He and his wife Gayle returned to Florida in 2000. They have two sons and two daughters: Bill, David, Gretchen, and Jennifer.

This story was first published in the Charlotte Sun newspaper, Port Charlotte, Fla. on Monday, May 14, 2018 and is republished with permission.