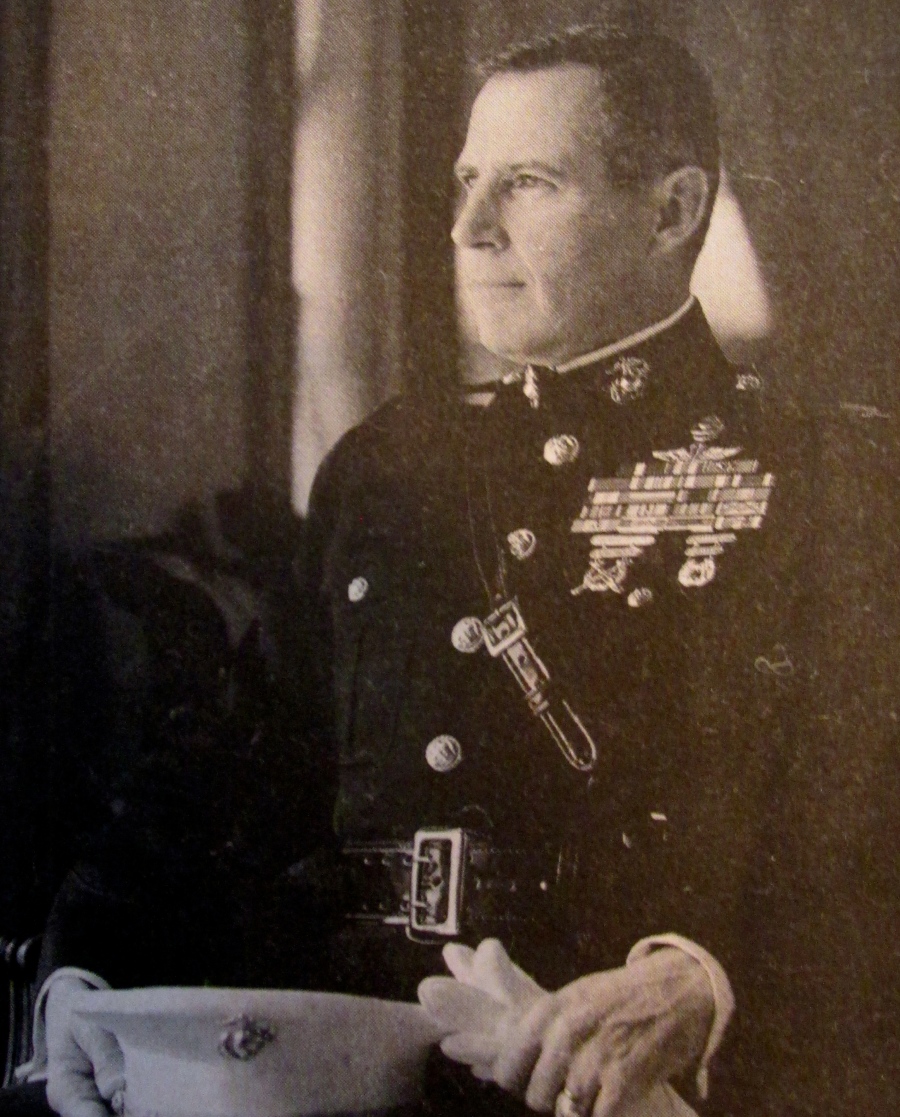 When this picture was taken, Col. John Ripley was the director of Marine Corps museums with headquarters in Washington, D.C. Photo provided

Sgt. Gary Hoffman of Englewood, Fla. who spent time in the Marines half a lifetime ago, contacted me a while back.

He’s a Sun reader who likes war stories. Consequently he looks at my column from time to time. More importantly the old Marine e-mailed me a story he liked. I liked it too, so I’m reprinting it.

“As a Marine Corps veteran, one piece that is especially memorable was written by Col John Ripley, USMC (Ret.). Col Ripley is a decorated combat veteran and a Navy Cross recipient from Vietnam,” Hoffman writes.

“U.S. Marines are back on Iwo Jima—not many, not often and without fanfare. But they are back. Japanese sensitivities—the island was returned to Japan in 1978.

“The vanquished are still disinterring their dead, still finding bodies, occasionally coming across macabre tableaux like the hospital cave with skeletons lying on stretchers, splints still in place and intravenous drips still attached. There was also the party of school children who visited the island on a botany trip and were caught in the battle. They were given two grenades each, one to kill an American the other to kill themselves. But, as the evidence of the caves suggests, they did not obey orders and were killed by their own kind.

“Col. Ripley spent a lonely vigil on the top of Mount Suribachi. He wrote a letter to a friend back home holding a flashlight under his chin. This is what he said:

“‘From the most unlikely spot I am inspired to write you for reasons I can’t really explain. Certainly you have received no other letter from here I would wager, and you may find this interesting.

“‘It’s the middle of the night—cold, windy, wet and uncomfortable and profoundly moving. I’m looking down on a tiny island three-miles wide and five-miles long. Down there and here where I‘m writing by flashlight, more than 7,000 Marines died. The mountain is Suribachi, the island, Iwo Jima. Of the hundreds of thousands of words written about the place, nothing comes close to describing its starkness, its inestimable cost and now, sadly, the poverty of its abandonment.

“’The entire island is a shrine, most Japanese, but a few Americans—only a few Americans don’t seem to care about such things when, as is the case here, its inconvenient. And yet this island, its name and most especially this very spot were I sit —where the flag was raised—is immortalized in our national consciousness for as along as there is an America.

“Rupert Brooke said it perfectly: ‘Here, in some small corner of a foreign field, will be forever England.’

“‘And the brutally stinking sulfur rock, depressing to see, demoralizing as it has lost its once vital importance and our nation’s once great concern, will be forever America. It will be forever in the memory of those 75,000 Marines who fought here, the 25,000 who suffered wounds here and the 7,000 who gave their blood and lives to the black soil.

“’Their hopes, their happiness, their dreams ended here. And if we fail to honor them in our memory and our prayers, we should be damed to hell for such failure.

This story was first published in the Charlotte Sun newspaper, Port Charlotte, Fla. on Monday, April 22, 2002 and is republished with permission.